Underfall Boat Yard in Bristol will be hosting a photography exhibition this summer as part of Bristol Photo Festival 2021.

The Floating Harbour is a series of photographs of Bristol Harbour made in the late 1970s by local photographer Jem Southam,  providing a unique and definitive portrait of the harbour at a time of rapid change.  One of Southam’s first major projects, the photographs were published in ‘Floating Harbour’ (1983) and majority of the works will be exhibited here for the first time.

Jem Southam’s grandfather, Harry Cottrell, spent his working life in the Bristol docks as a shipping clerk, overseeing the arrival, unloading and distribution of guano and other such commodities from an office in Queens Square.  As a result, when Southam began work at Arnolfini on Narrow Quay in 1977, the city docks held a special meaning for him, despite my knowing very little of them or their workings.

‘One day, looking out the window of our office I watched as a large shed was torn down across the other side of the quay.  I went over during the lunchbreak with my camera and took some pictures, and as I was doing so realised that the whole of the dockland was going to shortly experience a similar fate.  Here was a project waiting for me, and for the next 4/5 years I photographed across the whole of the Floating Harbour."

‘It was always the plan to show some of the pictures in Bristol, well after many people’s memories of the of what they once were had faded, and it is a great pleasure to be participating with the Bristol photography Festival in displaying some pictures outside in the docks themselves.’

Read more about the exhibition.

Learn more about our other Shipshape Network South West projects. 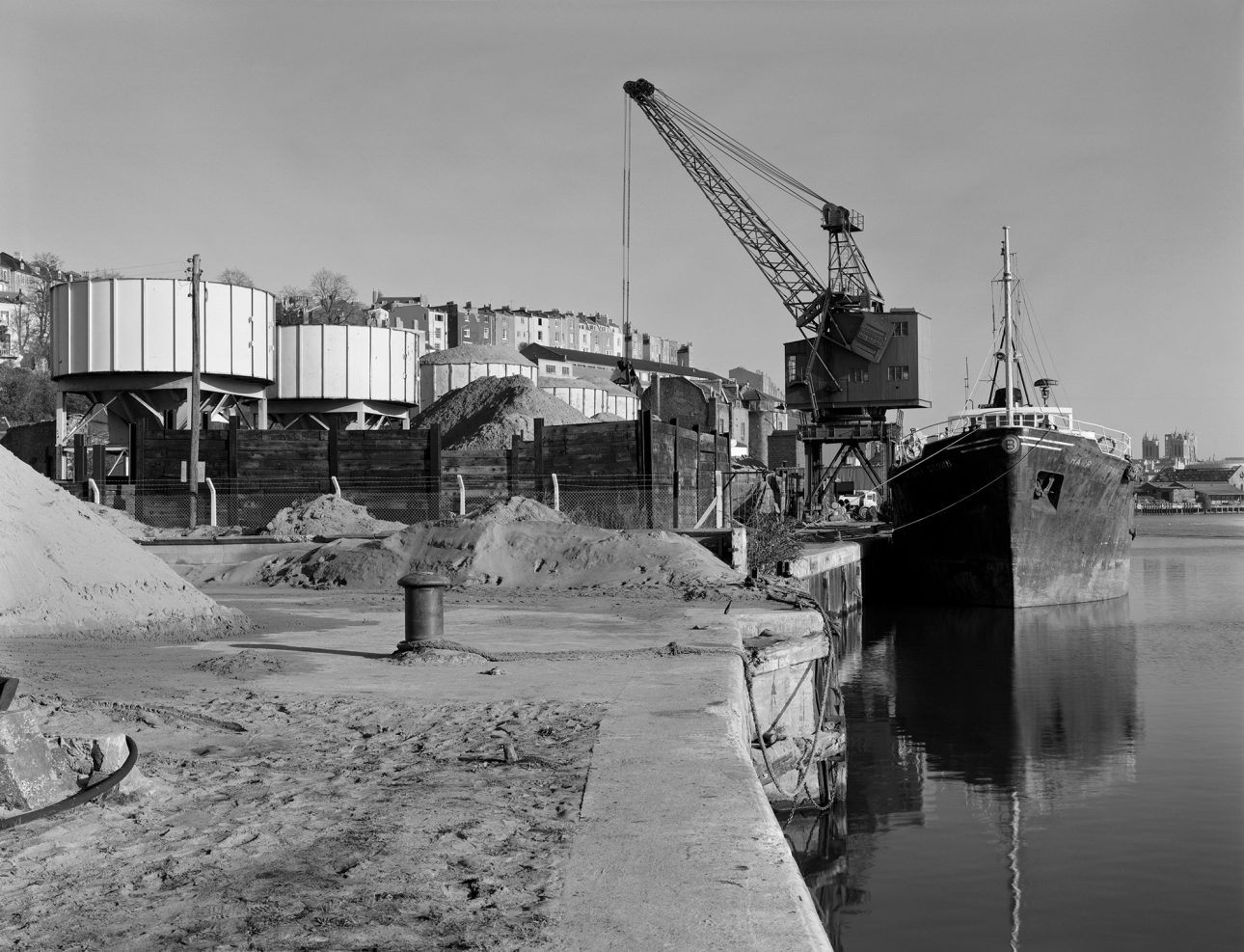