The vessel owner has reluctantly announced his intention to commence deconstruction of the National Historic Fleet vessel Cervia, currently located in Smeaton’s Dry Dock, Ramsgate, by November 2022 unless any alternative solution is put forward before this deadline.

Cervia is an iconic ocean going ‘Empire Class’ steam tug originally built for the Ministry of War Transport in World War Two and used to help service Maunsel Sea Forts and other defences.  She is a rare survivor of her type and one of only 200 vessels in the National Historic Fleet.

She was constructed by Alexander Hall & Co of Aberdeen in 1945-6 as one of 17 ‘Empire’ class tugs and initially named ‘Empire Raymond’ before being sold on to civilian ownership.  She then joined the William Watkins fleet and was initially stationed in Iceland, before working out of Gravesend, docks in London, Thames Estuary and the South-East Coast, including Ramsgate.  She was renamed Cervia at this time.  In 1954, Cervia was involved in a towing accident with the liners Arcadia and Orcades and, in capsizing, she drowned four of her crew and captain.

Purchased for working preservation in 1972 by the current owner she was, at that stage, the last commercial steam tug left in use on the Thames. She remained in service for another 10 years in the company of several other steam tugs brought out of retirement before ending her working days in 1983 at Ramsgate Royal Harbour, by then the last steam tug in active service in the UK.

From 1985 she formed part of the East Kent Maritime Museum run via the local council/Trust and volunteers at Ramsgate.  She was regularly opened to the public as a static exhibit and some restoration works were carried out, including re-commissioning the main engine to operate under steam occasionally. Limited funds caused the Council to withdraw support from 2003.  The Steam Museum Trust later took over her care and upkeep from 2009 with several years of intensive cosmetic restoration works above the water line inside and out, and the boat reopened to public.

The hull below the waterline was recognised as being in need of urgent attention and several Heritage Lottery Fund bids were drawn up to address this along with wider proposals for a refreshed maritime museum alongside.  Frustratingly local and district councils could not guarantee to supply match funding and long-term commitment which prevented successful bids being made.

In December 2018 Cervia partially sank after a small area of internal hull rust corrosion caused a leak.  A concrete patch was fitted and the boat was refloated with some additional concrete added subsequently to other areas considered to be at risk.  The boat has reopened to the public regularly since.

Following extensive negotiations between the current owner and council it is now recognised that the funds and resources needed to jointly carry out the required below waterline re-plating works are simply not available in the current economic climate or timescale needed.

Cervia is a large and important survivor; full of character and the only ‘deep sea’ steam tug built for international operation remaining in the UK, plus one of only three original steam tugs left which were used in London.  Complete with boiler, triple expansion engine, ancillaries, fixtures and fittings, she could work either as a static museum ship or be converted to become a unique fare paying yacht with only minimal and sensitive intervention to allow her to return to sea; an option already explored in detail by owner and associates as part of previous funding bids.  There is the possibility of remaining in Ramsgate which has had a long tradition of servicing the London tug fleets.

Records for this vessel are held by the owner.  These include a photographic archive and original build plans.  If deconstruction goes ahead, a formal entry will be created for the ship on the National Archive of Historic Vessels and held, in perpetuity, by National Historic Ships UK.

Any interested parties requiring further information with a view to offering this vessel a new home at a nominal price (to be discussed) should contact: info@nationalhistoricships.org.uk as soon as possible and no later than Friday 16 September 2022.  Please note that any expressions of interest will need to be accompanied by a sustainable proposal for future use.

For more details about this vessel, please view her current entry on the National Register of Historic Vessels: 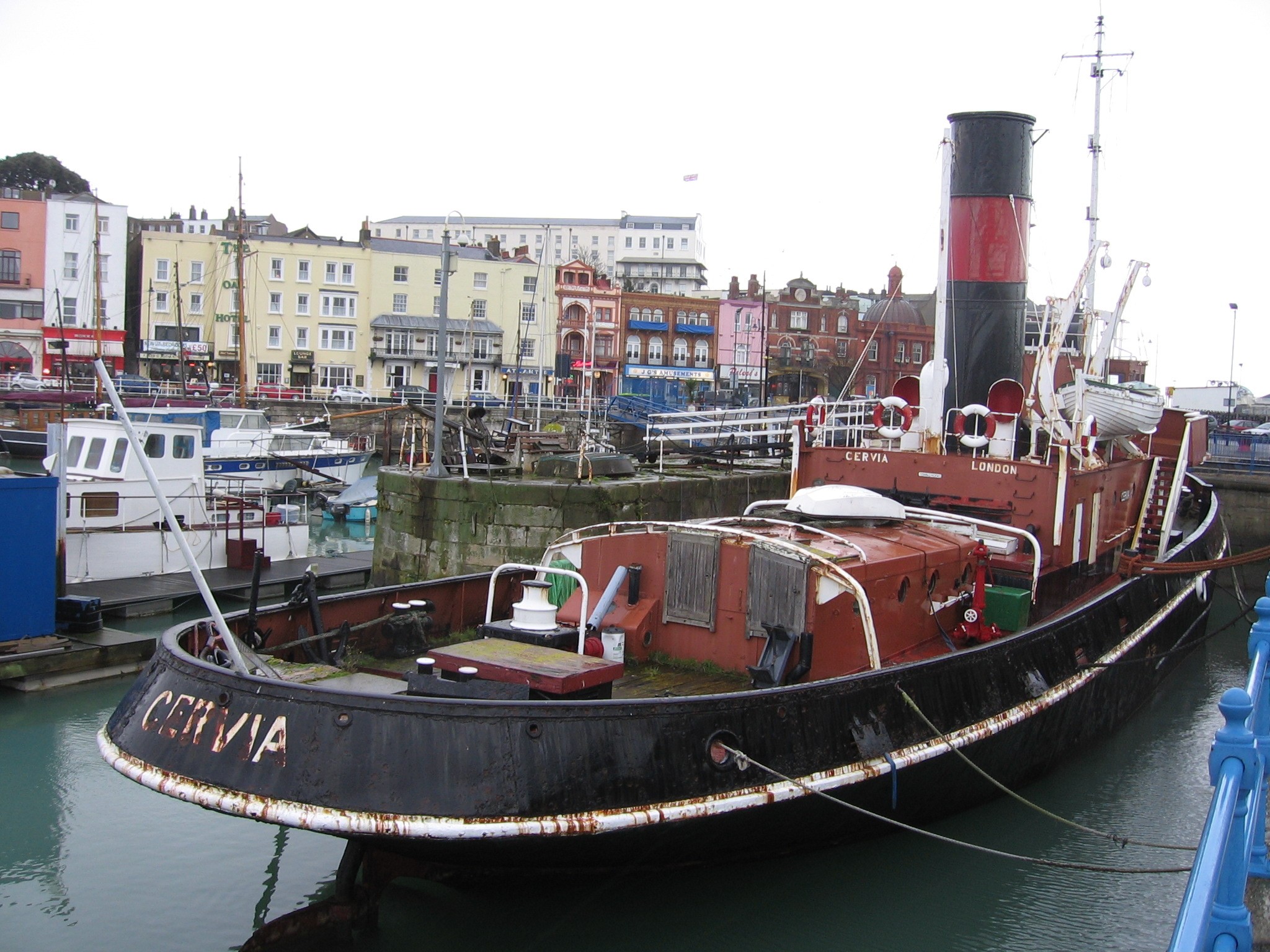