Forth Princess celebrates her 100th birthday!

Forth Princess celebrates her 100th birthday!

Built in 1921 at Haywards Boatyard Southend, Forth Princess was one of two boats constructed to the same pattern, the other being the Julia Freak for the Southend Motor Navigation Company.  Originally named Britannia, she was owned and operated as a passenger vessel from Southend beach by brothers Charles & Arthur Myall.

As Britannia I (presumably to avoid confusion!), the vessel participated in a 1921 regatta in Southend, where the Royal Yacht Britannia also took part, skippered by King George V.  A British Pathe film of this event can be watched here - the then Britannia I comes into shot after seven seconds.

The Myalls added a second boat to their fleet in 1924 named the Southsea Britannia, and the two vessels became known as the ‘Little Britannia” and the “Big Britannia” and operated day trips from Southend.

Both boats were requisitioned by the Royal Navy on the 27 May 1940.  Britannia I was listed by NSH, 1949, as Britannia.  She was taken to Dunkirk with S/Lt. S.D. Ward, RNVR, in nominal Command, but by her regular Skipper & crew.  She ferried troops to the larger ships offshore.

After Dunkirk, she was retained by the Royal Navy for service as an inshore minesweeper, and later listed at Brightlingsea in 1943 as a liberty boat along with several other Southsea excursion boats.  Returned to the Myall brothers after the war, she was back at Southend by 1946, carrying holidaymakers on day trips once more.

In 1958, Britannia I was sold to the Thames Motorboat Company (now City Cruises) and renamed Thames Britannia.  She operated on the Thames for nearly 25 years until sold to Plymouth Boat Trips in 1982.  She was then renamed Plymouth Princess and substantial alterations were made at this time.  The vessel was rebuilt with an upper deck to look much as she does today.

Forth Boat Tours purchased the vessel in 2018 and renamed her Forth Princess.  A family-owned visitor attraction, they were voted the Best Day Out in Scotland 2019.  They operate two vessels, the Forth Princess and the Forth Belle.

Based in Port Edgar, Edinburgh, Forth Princess regularly undertakes year round sightseeing tours of the river Forth, including the Three Bridges, Blackness Castle, Inchcolm island and the Falkirk Wheel.  She celebrates her 100th birthday in 2021 - Happy Birthday, Forth Princess!

Read more & book a cruise on Forth Princess 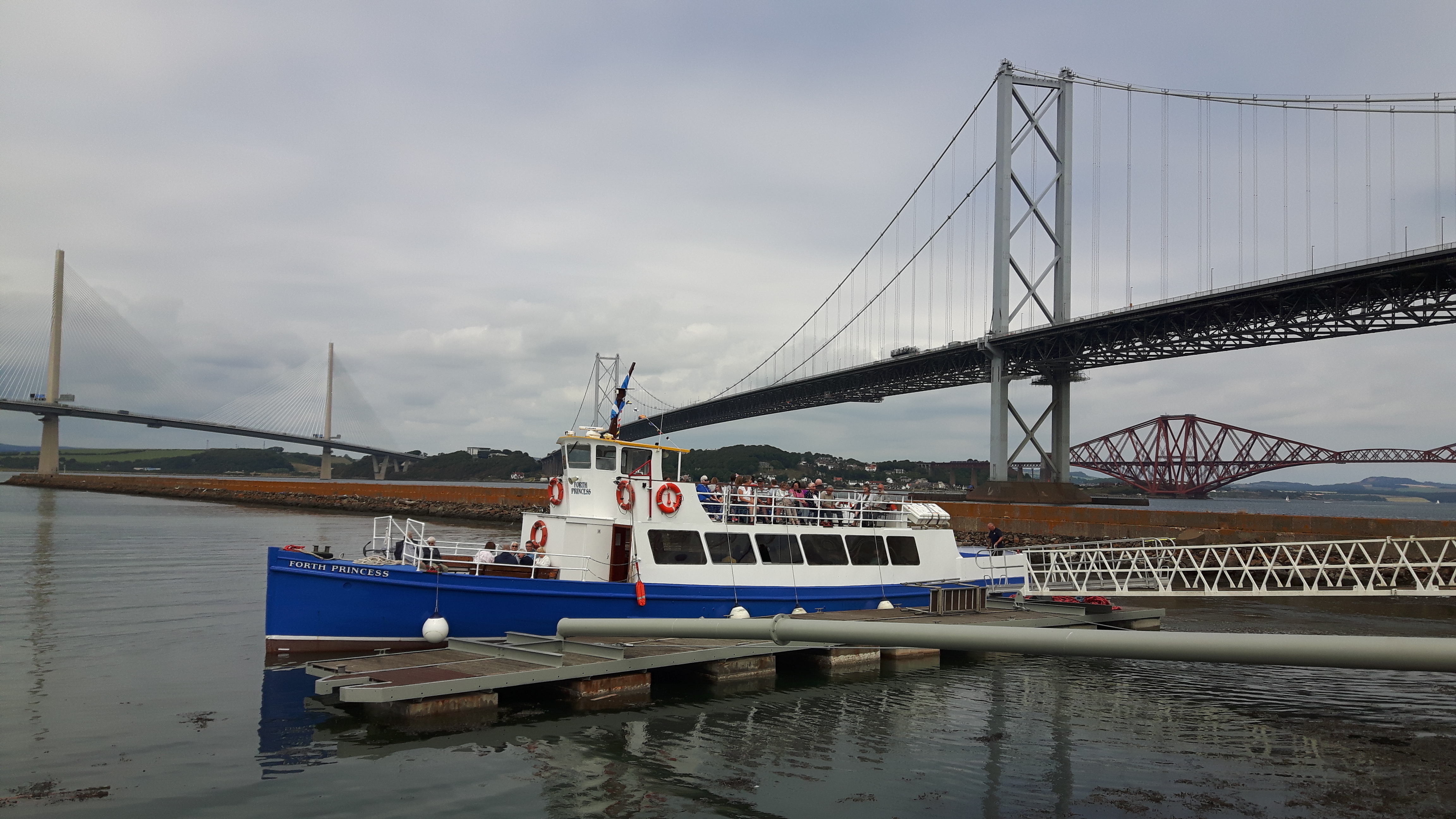