It's famous as the location for TV's Poldark, but Cornwall's historic Charleston Harbour is looking to a future where maritime heritage is about more than just nostalgia for the past.  While Charlestown will not turn down a film shoot, TV and Hollywood work cannot be the port’s bread and butter.

“We don’t want to be just a Poldark harbour,” said Jessie Atkinson, vessel manager at Charlestown Harbour.  "We want Charlestown to be this vibrant hub once again for UK heritage boats.  It’s about keeping the shipwright skills alive and thriving.”

The harbour owners want to open Charleston to the public so visitors can see the heritage boats up close and even come aboard some of them.  Sadly, COVID-19 put paid to plans to open the harbour this year, but 2021 should see it open to visitors, as well as the arrival of several other boats seeking the skills and safe space to carry out vital maintenance work and repairs.  Work such as rigging, shipwrighting and joinery is already underway in the harbour, and the team also has a network of skilled engineers and sailmakers, plus plans to further improve the facilities over the coming years.

“The new owners felt it was important to keep and preserve something real in term of the UK’s maritime heritage," said Jessie, "That’s why people come to Charlestown for in the first place.  They want to see the boats and shipwrights work on them using these traditional skills and tools passed down through the generations.”

A UNESCO World Heritage Site, the 18th century port was once home to dozens of cutters, luggers and tall ships.  She is currently home to many historic vessels, including Anny of Charlestown, a 1930 topsail schooner; Mascotte, the largest surviving original Bristol Chanel pilot cutter from 1904; Pen Glas, a 1960s traditional wooden fishing boat which will return to being a sail-powered fishing boat as part of a restoration project, and Iris, a 1921 Looe Lugger which will celebrate her 100th birthday next year.  More boats not owned by the harbour are also moored there, including another Bristol Channel pilot cutter, Olga, owned by Sailing Tectona CIC. 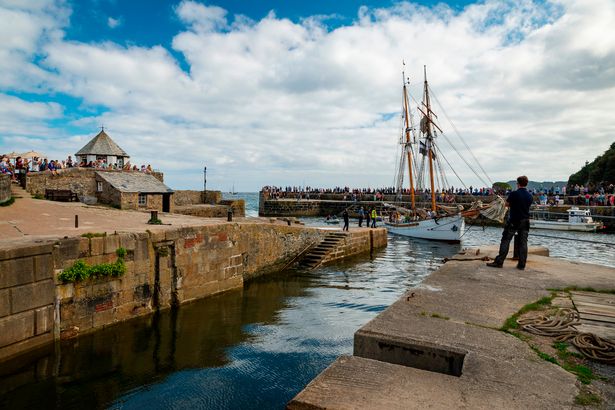