​In May/June 1940 HMS Medway Queen made seven return cross-channel trips over eight nights to rescue troops from the beaches and the East Mole of Dunkirk.  Her crew estimated that they had picked up 7000 men and shot down three enemy aircraft.  It was exhausting and dangerous, with about one third of the ships and boats employed being lost.  Medway Queen was small for a naval ship with a crew for the operation of just 48; but 7 of those 48 men were given awards for their actions.

The ship will be towed to Ramsgate in the first week of May to go on the slipway for cleaning and painting.  When their work is finished she will move to the Commercial Quay where she will be open to the public during the commemoration.  However, dates should be regarded as provisional, as any delay or change in the hull works will impact the vessel's  availability for the Dunkirk events.

PS Medway Queen is planned to be open to the public on Ramsgate’s Commercial Quay from 19th to 25th May 2020. 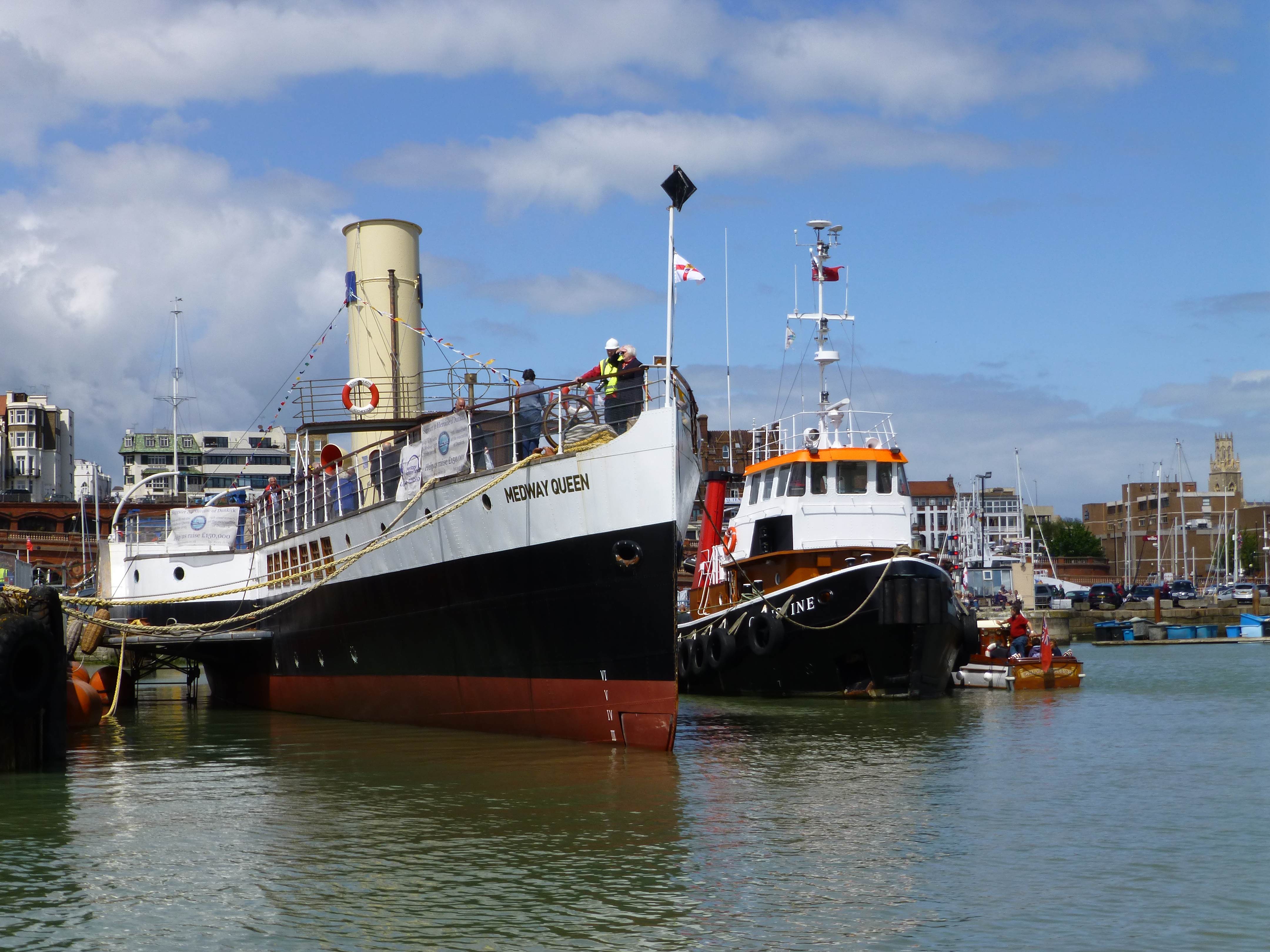