Helen II is a Morecambe Bay Prawner, a fishing vessel of wooden carvel construction, with pitch pine on oak frames.  She was built by Crossfields of Arnside in 1910 for George E Stoner of New Brighton.

Conwy was the home of John Crossfields’ boat building enterprise, which extended to a number of locations along the coast of North Wales and Lancashire. They would often travel up and down the coast building boats on the beach for people, and it is said that they would produce a boat in six weeks, using timber sourced near the site and with only 6-7 men. These boats are called Nobbys, which is a colloquial word for rough wood, but they are identifiable by their sleek lines, low freeboard and beautiful counter stern. They are also called Prawners as that was the catch for subsistence fishermen and were built for speed to get the catch back to harbour and achieve the best price for the freshest fish. Their low freeboard allowed the men to haul in the nets with their bare hands, just using the roll of the boat in the sea. They only had the use of their sails, with topsails for light winds, to get home, as engines were not fitted until the 1930s.

She worked from the Mersey until 1930 when she was purchased by Ludwig Anderson of Port Maddog and fished off the Welsh coast for 10 years.  She was then purchased by Jackie Martin in 1943 and fished from Fleetwood in Lancashire until 1999, when she was bought by the Roddick family, long time friends of Conwy and enthusiasts of the Nobby class boat.

In 2010, Jim Roddick generously donated the boat to the Community of Conwy in memory of his son Jamie, who tragically died of cancer at the age of 34.  A Trust was set up to restore the vessel - formerly the Morecambe Bay Prawner Restoration Trust, now the Jamie Roddick Trust.  In 2011/12, the project was awarded £49,600 from the Heritage Lottery Fund for conservation and restoration.

Helen II has been rebuilt and restored on the quay at Conwy using traditional methods, led by Conwy County Borough Council, who provided initial funds as well as a place on the quayside for the restoration to take place.  Marine students from Llandrillo College working alongside a professional shipwright are helping to restore and will eventually operate the historic vessel.  The college students had all the facilities they needed on campus but had nothing on which they could apply their learnt skills.  The restoration work is open to visitors to see and local volunteers are also involved in the project.

On 1st April, after twelve long years, Helen II was finally returned to the waters of Conwy Quay!

From the Helen Nobby Project blog:

Tensions rose as launch time approached.  Rehearsals had ironed out small problems and harbourmaster Matt's men began the move of Helen II from the compound using the Wally trolley towed by a forklift truck. We all breathed a sigh of relief to see the Wally trolley performed so beautifully!  The harbour staff then took over the lift. The trolley was then rolled back into the compound. The lift then raised the boat over the top of the lamp posts and quay lights and into the Conwy river. All the watchers then began clapping as she settled in the water. The mast was then prepared for lifting into position.  Once the mast had been  lifted into position, Helen II was secured to the quay and we all breathed a sigh of relief. Later she was moved to the quay wall opposite the Liverpool Arms. So it's a big thank you to all who were involved in the launch.  A professional job by  harbourmaster Matt and his team and Wally for his trolley!

Later there will be a celebration and formal ceremony which will be an opportunity for the trustees to thank all those who have contributed to the project.  For now work will continue to rig the boat and complete her fitting out.

Allan Sharp, who helped set up the Jamie Roddick Trust and has been involved with the project from the beginning, told the North Wales Pioneer: "We wanted to restore something in the quay, give it an understanding of the marine heritage associated with Conwy, and this vessel came up from a benefactor, so we took it on.  It's been a great project for developing skills, training locally, getting volunteers and schools involved.  As a result, we now have a vessel that's going to be used for sail training, events, and helping local people to learn more about maritime heritage, so it's been worth it in the end."

"Today has been something of a landmark to see it now lifted into the water.  We wanted to get it in the water, make sure it was nice and water-tight, and use the high water available to us today.  But of course, we will have a commissioning ceremony, which we will invite all of those generous benefactors and funders and people that have helped us over the years to see Helen II and appreciate all the work that's gone in to her.  It's going to be an interesting 12 months when we commission the boat and really start to understand how it can be used to benefit local people.  Any marine operation is fraught with issues, but we've doggedly worked through the process, and with the help of the harbour authority and volunteers, we've come up with a plan that has worked perfectly.  We're all cheering inwardly, but we know there's still a long way to go. Nonetheless, it was fantastic."

The future for Helen II

On completion, she will be used by youth and community groups of North Wales for sail and adventure training.  Students and young people from all backgrounds and abilities will be taken on  “hands on” cruises to explore our Maritime Heritage and Natural History.  We are a seafaring island and many of our girls and boys have never had the chance to experience the exhilaration and awe of sailing our coastal waters, in a traditional boat that was built for speed and safety, and understanding that one needs to rely on others in the team to master the sea and tides.  A film or documentary can never replace actually being part of it. Sailing on Helen II can give a young person an experience that will stay with them forever, giving them self-confidence, the capacity to trust in others and the realisation that they are capable of achieving more than they ever thought possible.

Helen II will also be available for corporate use for team building exercises and the revenue from this, and other fundraising events, will secure the boat’s continued future. ​ 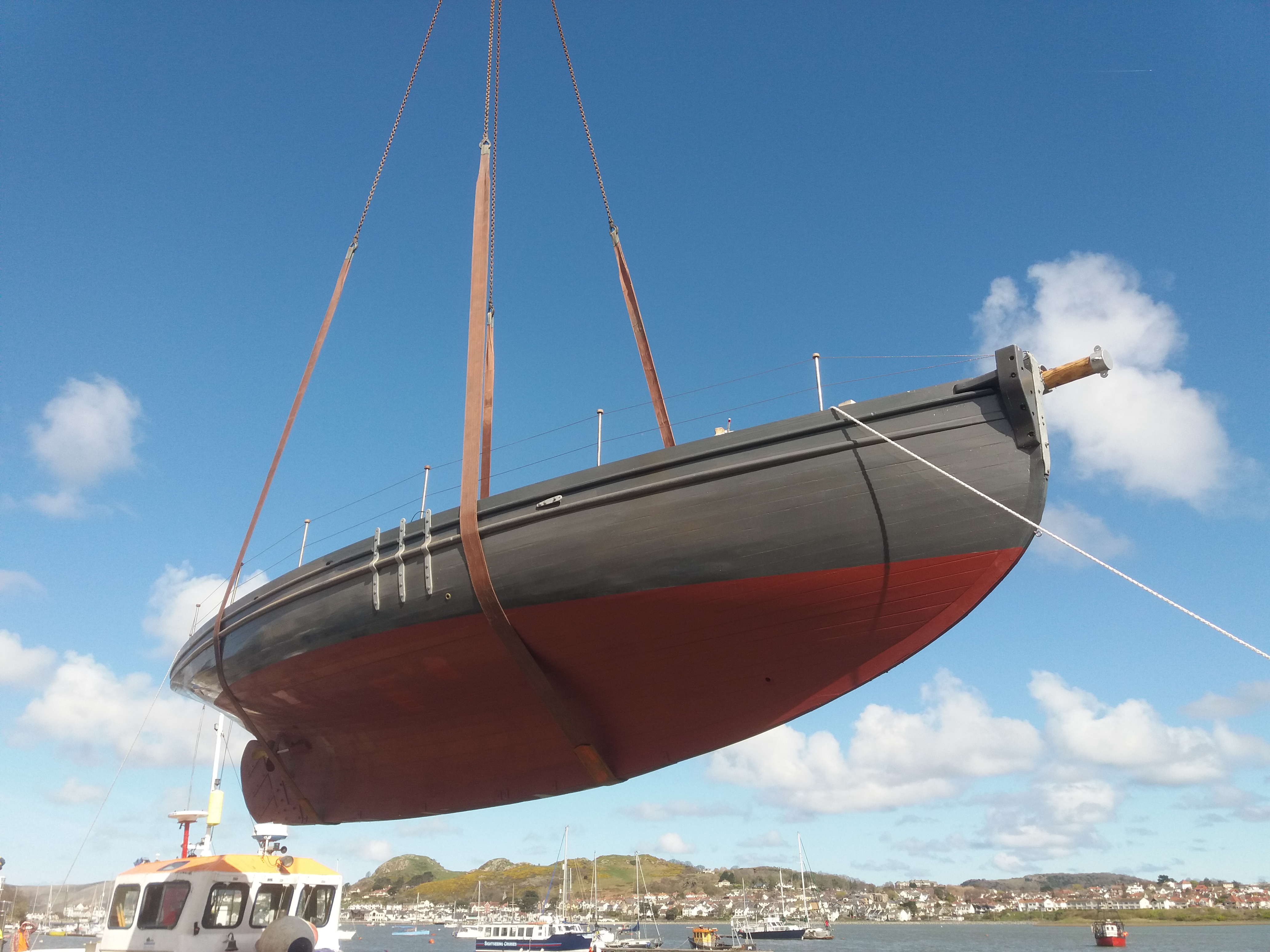