175 years of the Old Customs House

175 years of the Old Customs House

This month 175 years ago the oldest surviving building on the Ipswich Waterfront, one of the most iconic and inspiring pieces of Victorian architecture in the town was completed. The Old Customs House as it is known today has been at the centre of Ipswich’s maritime story since its construction in 1845.  Built to coincide with the most important development in the history of the Port of Ipswich, the construction of the Wet Dock. An area of thirty-three acres and an island of fourteen acres. The dock when built, was the largest in the country exceeding any of the docks in London, Liverpool or Hull. 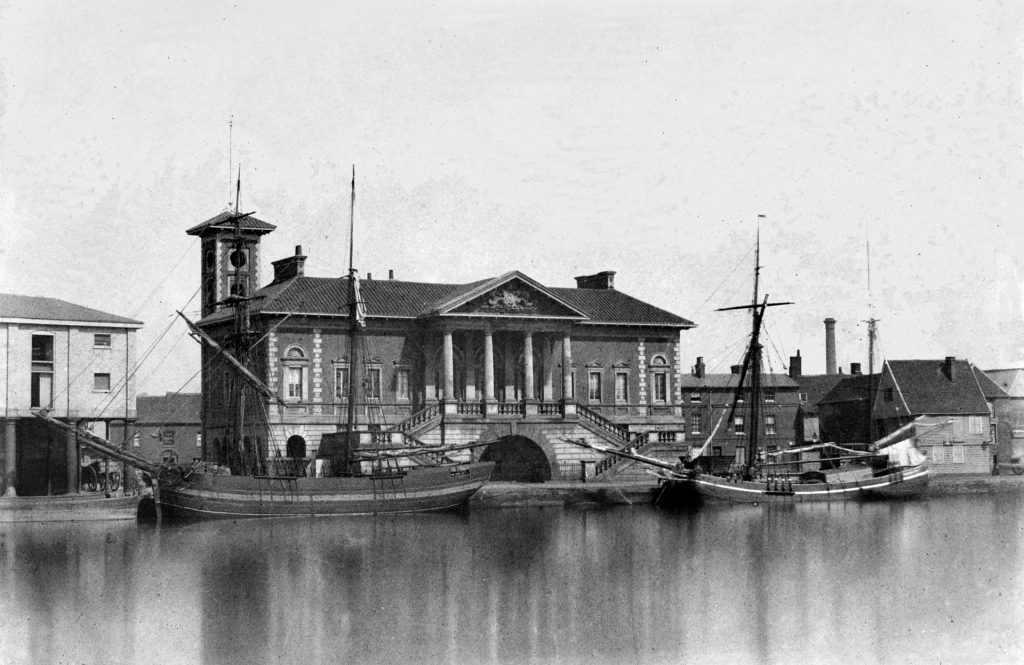 The earliest photo of the Old Customs House, taken a few years after its construction – IMT Image Archive

The Old Custom House flanks the Common Quay. It replaced the former custom house which was an ancient building said to be over four hundred years old at the time of its demolition in the 1840s. It featured a colonnade across the front affording shelter to merchants and sailors, part of which survives in Ipswich Museum. Nearby was an old building that incorporated a primitive crane for lifting heavy cargo from carts and ships. A replica is based today on the quayside in Harwich.

It was designed by local architect, John Medland Clark who won a competition for the design in his late twenties. The Old Customs House opened as the new hall of commerce, and HM Customs and Excise Offices. Where it intended to serve as a meeting place for merchants and ship captains. The building was constructed from red brick and white stone in the classical style with two stairways. It also has stone balustrades and a portico supported by four Tuscan style columns. Within the portico is a carving of the Borough of Ipswich’s arms with a lion rampant and three half ships. The arms are supported by seahorses and a crest with a demi-lion carrying a ship in full sail. Real seahorses are not depicted, but mythical creatures with the body of a fish and head of a unicorn. An iron door to the bonded stores sits beneath the stairways and a 76-foot-high clock tower is on the north-west corner.

A piece in the Ipswich Journal of Saturday 26th July 1845, stated that the building was, “a remarkable instance of how much may be done with judicious and economical use of materials, where funds are comparatively scanty”. The contract was completed for only £4250 (about £250,000 in today’s money), a figure that is still hard to comprehend 175 years later. 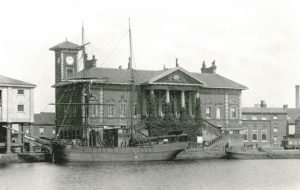 The Old Customs House since its construction has been the commercial centre of Maritime Ipswich. Today it is the headquarters of the Port of Ipswich and its owners Associated British Ports. 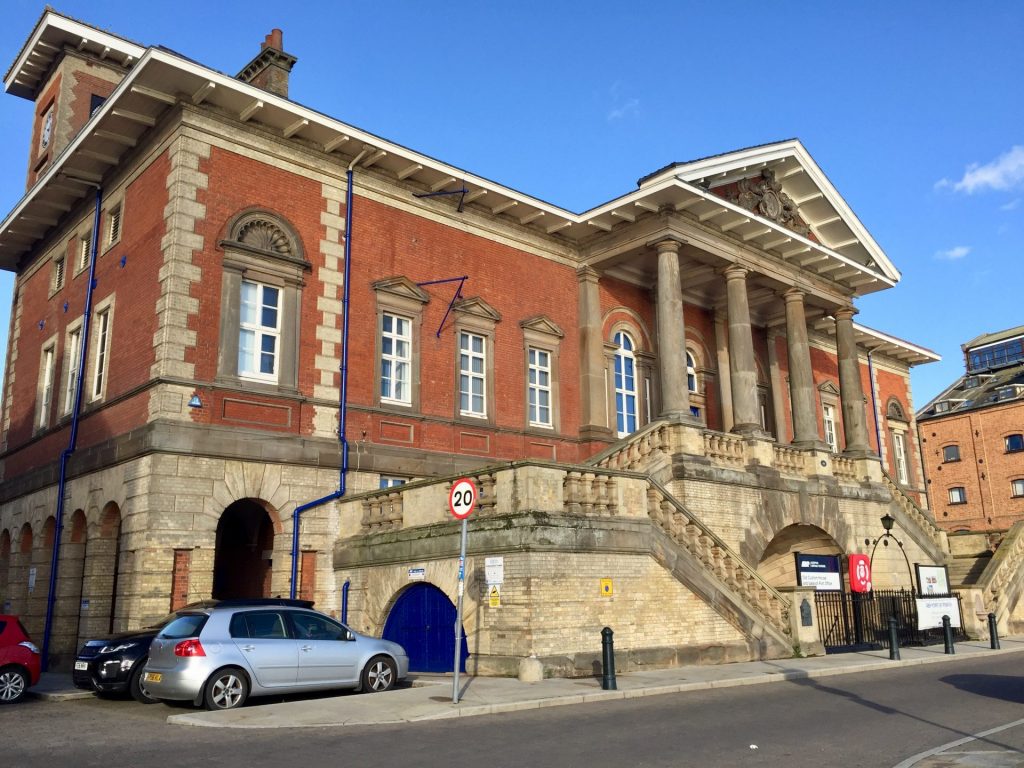 If not for the COVID-19 pandemic our planned exhibitions for the Ipswich Maritime Festival and Heritage Open Days this year would have focused on the 175th Anniversary of this iconic building and some of the stories about it and its uses. But do check out our social media channels in September. As we are taking part in the digital Heritage Open Days to tell some of these stories.

Find out more about the Ipswich Maritime Trust, one of our Shipshape Network East Projects here.