The Gamecock, Whitstable’s iconic Oyster Yawl, was moved from its mud berth at Faversham to its new berth in Whitstable Harbour on Friday.  Once clear of Faversham Creek she raced down the Swale to her final home helped by the outgoing tide.

As the Gamecock’s mast had rotted the Yawl was pulled by a small tug that skilfully manoeuvred her in to the narrow harbour entrance.  Aboard were volunteers from the Whitstable Maritime team that had replaced the damaged timbers in the hull and made her seaworthy.  Following in close attendance was a 1948 lifeboat.

The Gamecock was built in 1906 between the houses on Island Wall by the Collar Brothers.  Amongst those welcoming her back home were three generations of the same Whitstable family.  Also in the crowd was a distant relative of Albert Stroud, the original owner, and Bill Coleman, the last Whitstable fisherman to use the boat for oyster dredging.

Before World War 2, there were over 70 similar vessels working in the Swale. Only a few survive and because the Gamecock retains her original features she is registered as being of national significance.  So the replacement of decking, planking and fittings is being carried out by Whitstable Maritime using like-for-like materials and traditional techniques following national guidelines.  Gordon Vincent, Whitstable Maritime’s Chair, said one of the pleasures of managing this project is to see traditional skills being passed down the generations.

The Gamecock can now be seen at the harbour on its home berth in Dead Man’s Corner.  The charity will be able to resume the conservation work once the Gamecock has been craned on to the East Quay because of a generous donation of £30,000 from the Goldfinch Trust.  Gordon said Whitstable Maritime regarded the Gamecock as a community asset and it would be wonderful if every family and organisation in the town could help complete the conservation by now giving a donation, large or small, by BACS to Sort Code 77-29-18, Account 39716568, marked GAMECOCK RESTORATION.

As well as earning her living through commercial activities, the Gamecock will offfer sail-training for Whitstable youngsters, team building, adventure holidays, education programmes, and therapeutic experiences for medical conditions.  It will also promote environmentally sustainable dredging and support the local economy as part of Whitstable’s new Coastal Trail (www.whitstablecoastaltrail.org.uk).  It will give fresh impetus to Whitstable’s maritime heritage.

Anyone interested in assisting with the marketing, conservation or operation of the Gamecock can contact Gordon at gordon.vincent@icloud.com or on 07852266006.

Find out more about Gamecock and Whitstable Maritime, one of our Shipshape Network South East Projects here. 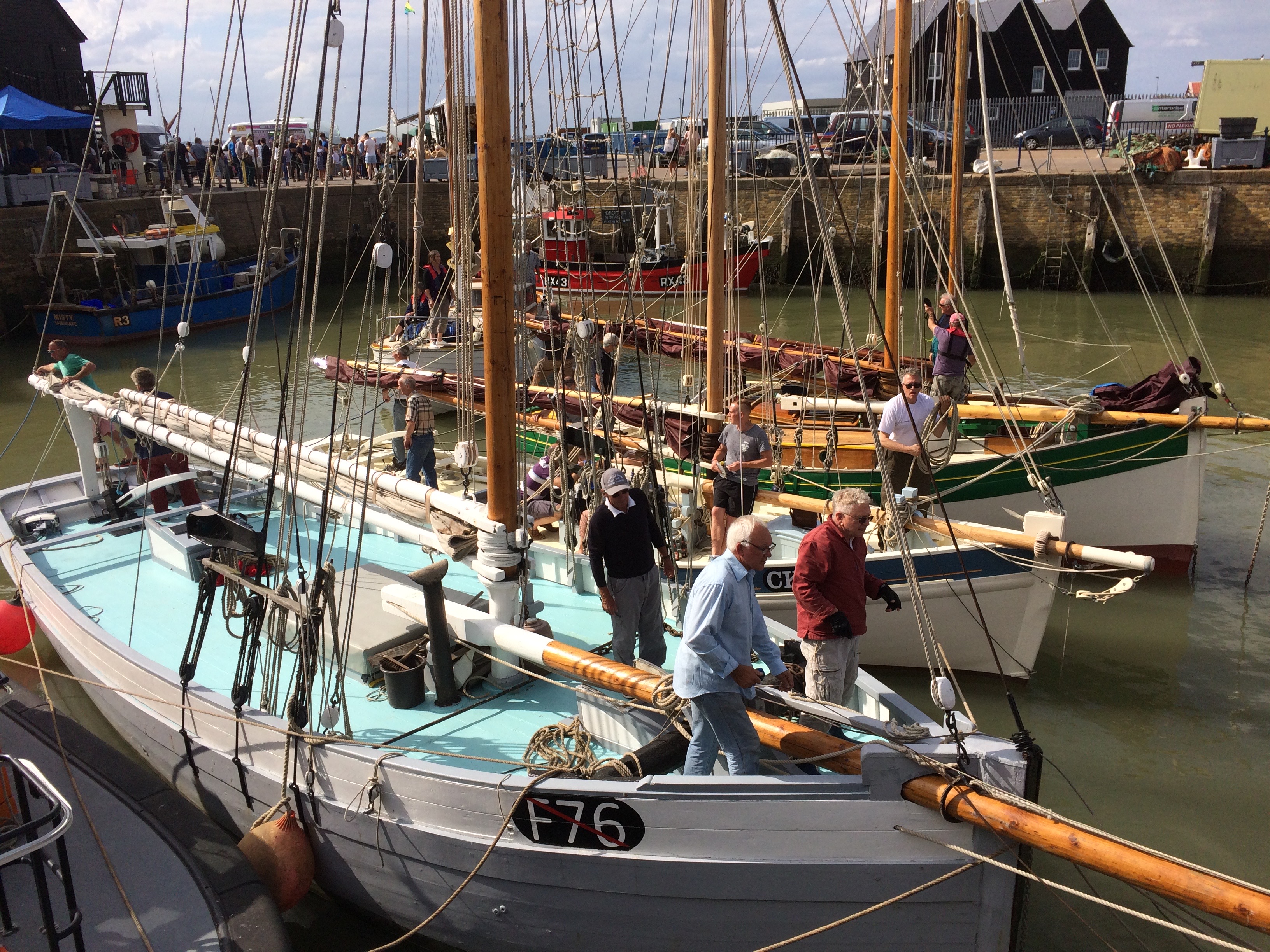