Ash Faire-Ring, the owner of historic barge Growler gives us a summer update on his conservation project:

And here she is!

I am so excited to share with you what we have been up to over the summer. It has been an incredibly busy one with so much going on and so much progress on Growler. I’m delighted to announce that this August we completed planking Growler and are now reaching the completion of the deck.

Over the winter of 2020 we started replanking Growler. After a busy first year in the which I doubled or replaced the frames, installed a keel, replanking began in earnest on my return from sailing around Britain in November. As is the case with many wooden boats the state of the planking was much worse than expected. Originally I was hoping to replace approximately 20% and in the end it has ended up at almost 85% (72 new planks). Each plank had to be individually patterned using plywood, then cut out, taken down to the correct thickness using the thickesser machine before being steamed. Quite a process. A massive thank you to my Dad for holding the end of every plank that was steamed in over the winter. 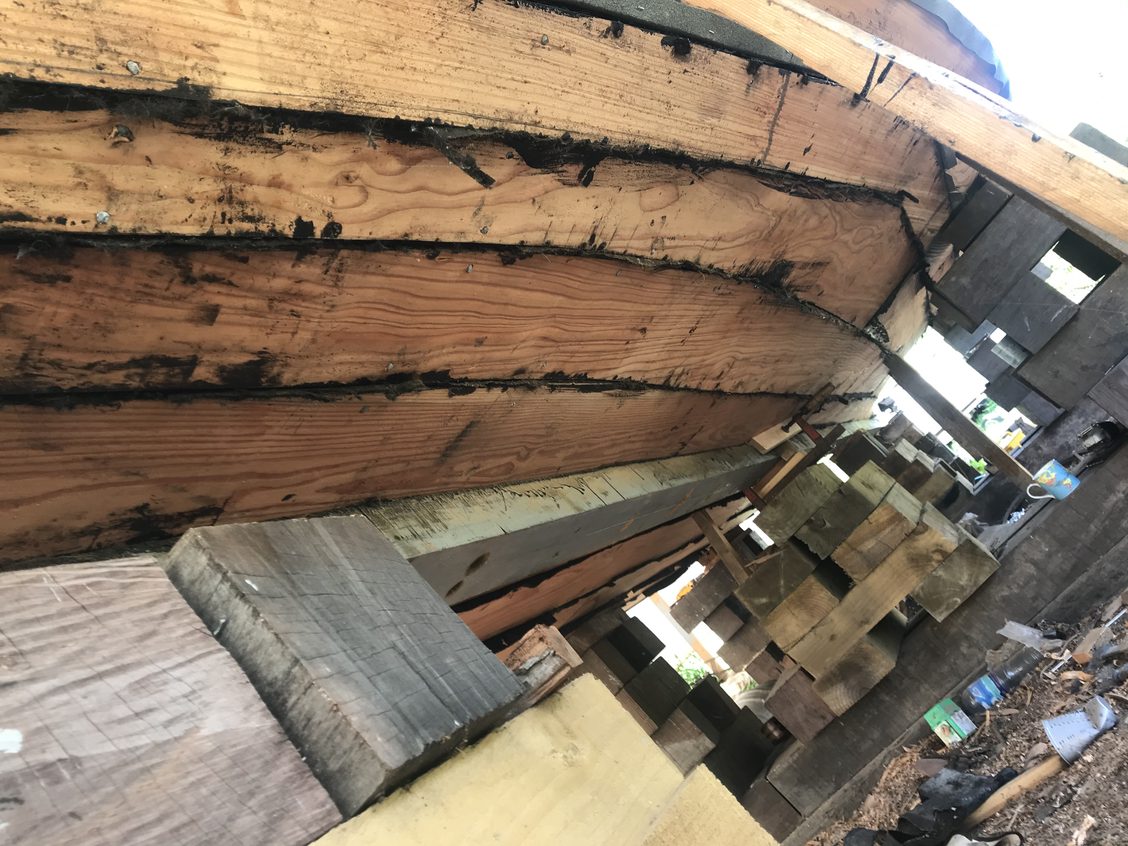 Sailing barges like Growler are all very similar in the fact that they have a virtually flat bottom and have very flat sides. Many barges also had two layers of planking with a layer of barge felt and tar in-between them to make them watertight. In the photo above you can see the tar and barge felt in the seams. One of problems with Growler when I got her was that the outer layer of planking on the bottom had been removed. I was very keen on her putting back to her original spec when she was launched in 1922 so although it has taken much longer having to add a layer of planking I feel it 100% worth this extra effort because she is now as she was in 1922. I have had a lot of questions recently as to why I did this rather than saving time and leaving it with a single layer of planking so I thought I would make the reason behind that decision clear in this newsletter. 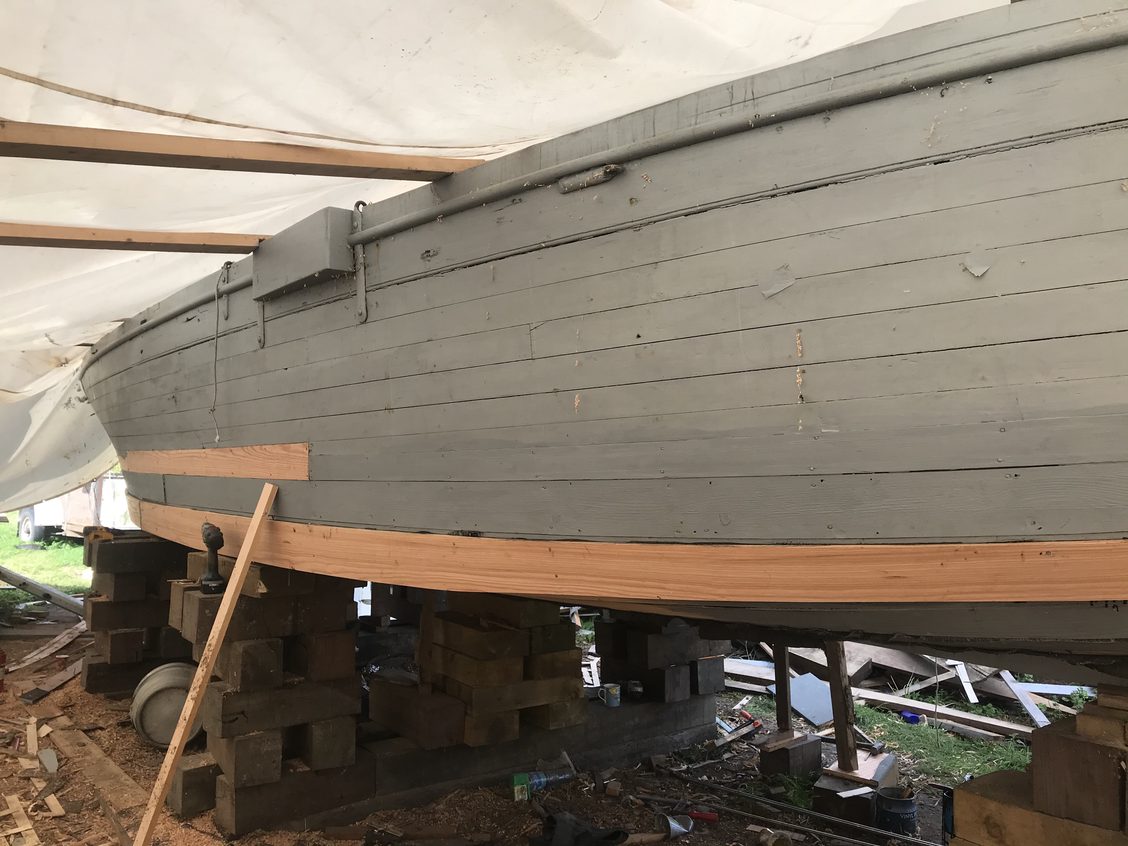 I can’t tell you how excited I am at the state Growler is in and the project itself as we move forward to the next stage!

Growler and myself have reached a real fork in the road. Originally, I had planned to complete the hull and then launch her straight away and complete the fitting out and rigging afloat. This was a lovely idea and was a real motivator for me to get her to this stage. However, I have come to the conclusion that it would be a much better idea to complete the fit out ashore where I have access to mains power and a workshop. 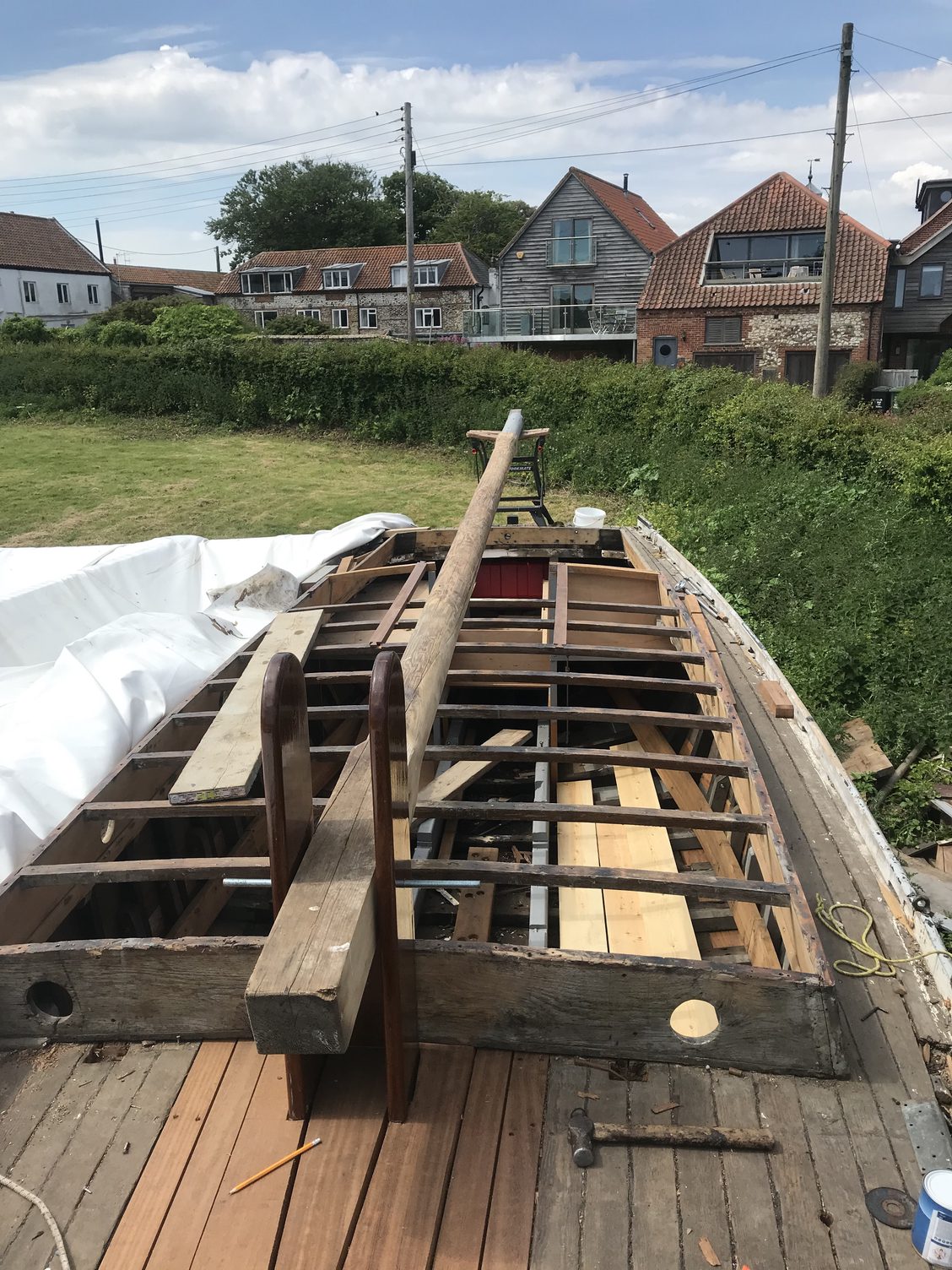 We are currently in the progress of completing all the jobs we have started and not quite finished on Growler. This week I have been completing bolting the keel and engine beds in place ahead of antifouling Growlers hull. I am doing these now because we are shortly going to be lowering Growler back down to her original height so we can erect a tent over the deck which will enable us to complete the fit out and engine installation in the dry and warm!

I can’t thank you enough for your incredible generosity in supporting Growler return to the water! I do promise you that she is getting closer and closer by the day and I’m throwing all my resources at the project in order to make it happen as quickly as possible.

With your help we have raised over £37,000 which has very nearly funded the entire project. However, we still are fundraising for final engine parts, the last deck planks, rigging and most importantly a tent to cover Growler in order for us to work on the deck. Your continued support is amazing and I can’t wait for the day that I can take so many of you for a sail. If you would like to support us do click on the support button below.

When Growler floats again it will be the first time since the early 1990s and thank you so much for being part of making this happen!

I want to finish by thanking you all so much for supporting myself and Growler. I must admit that I have been never been as excited about the project than I am at where she is now. There are so many individuals to thank as always a very special thank you to the team at Burnham Overy boathouse and the Dowley family. For those of you that have seen Growler, she is becoming something very special. Do come and visit us! 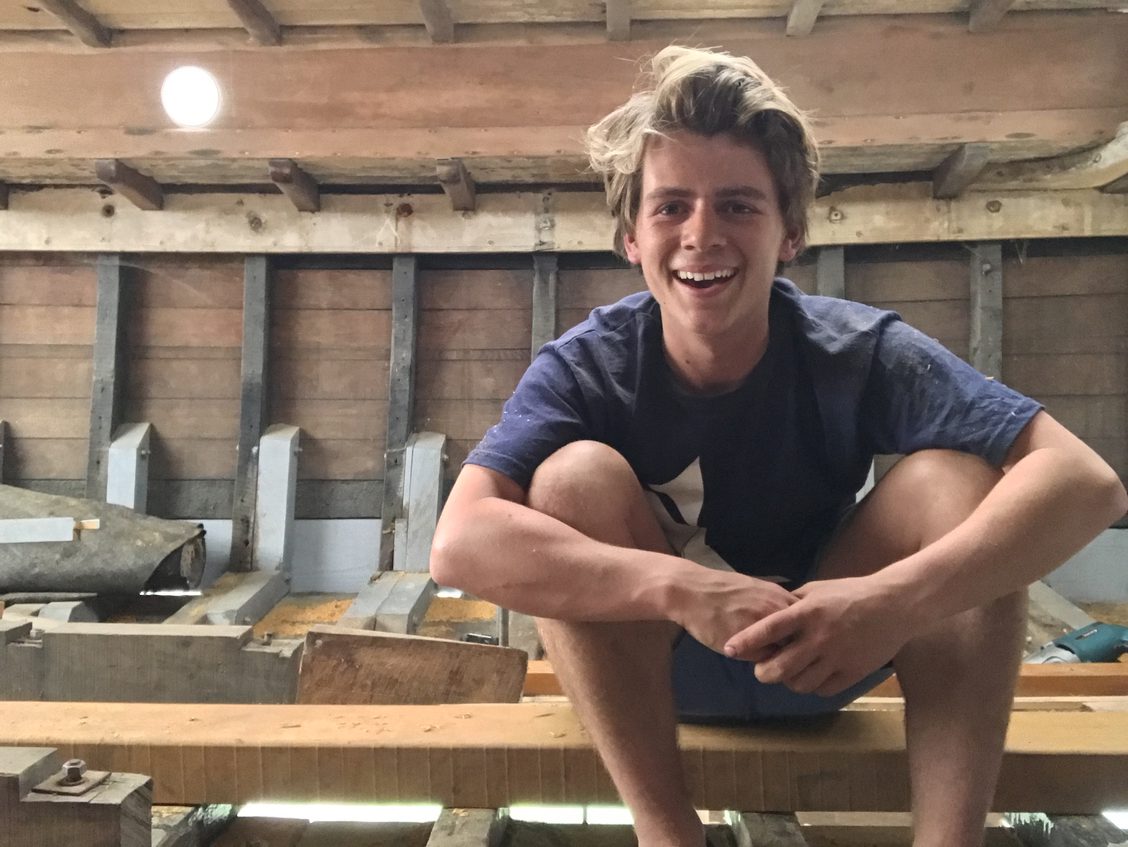 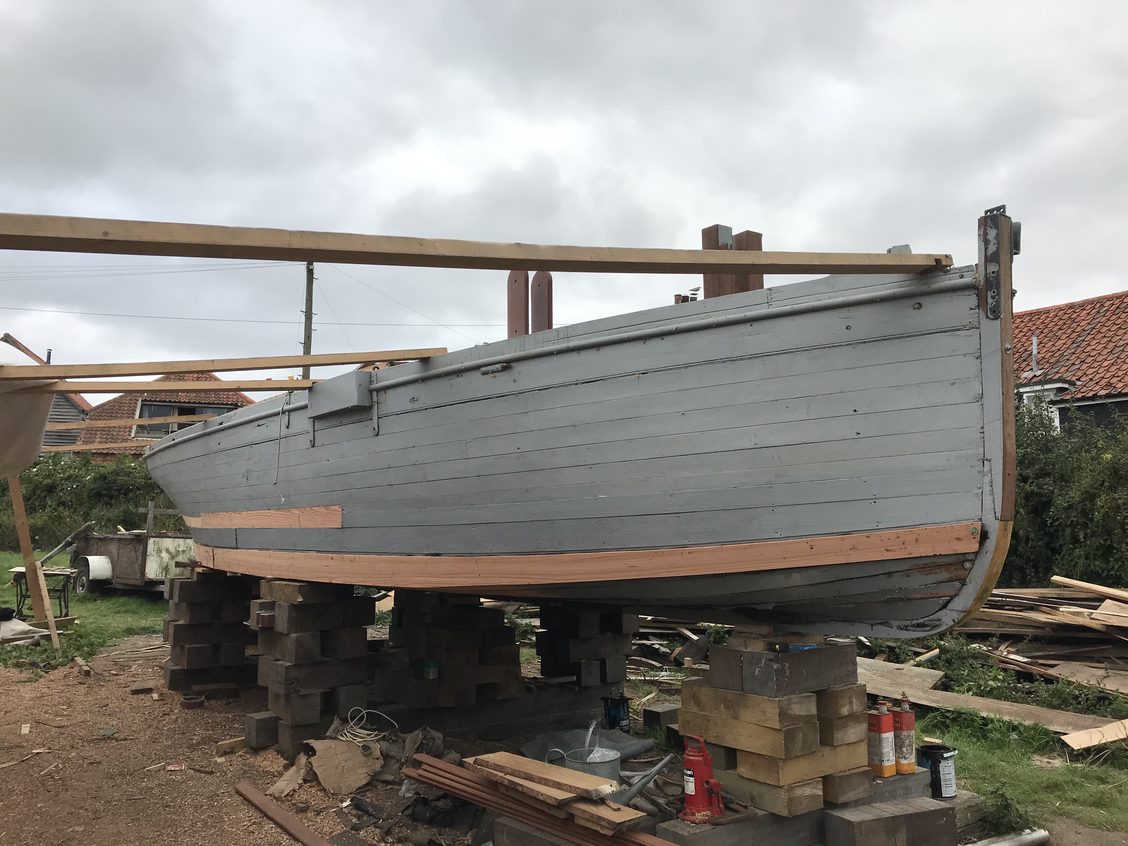