Two of Hull’s cherished ships, Arctic Corsair and Spurn Lightship, have reached the next phase of their restoration.

The ships are undergoing a shotblasting process to remove the old paint back to the original steel, removing any corrosion before primer and new paint layers are applied.

This technique, commonly used in the shipping industry, is where garnet and metal are blasted by air at very high speed on the surface area.

The restoration of the vessels is part of Hull Maritime, a locally led project that has attracted funding from The National Lottery Heritage Fund to transform the city’s key maritime treasures.

Councillor Mike Ross, Leader of Hull City Council, said: “It’s great to see the restoration process progressing. By working closely with Dunston’s, the two much-loved ships will retain authenticity to ensure visitors experience what it was like to work on them, covering some of the most treacherous waters.”

Since arriving at Dunston’s, the Spurn Lightship has been in dry-dock for a full clean and inspection of its hull.

Ballast iron has been removed from the lightship allowing the area to be cleaned and blasted prior to painting. Any areas of corrosion have been explored thoroughly, revealed, and assessed.

Most significantly, tests have been undertaken to the original deck. The tests have revealed the original three-inch-thick decking is in good condition and will be refurbished and retained. This means more of the historic integrity that gives the Spurn Lightship its character and importance will be preserved.

The Spurn Lightship will be repainted its original black apart from the hull below the waterline which will be red. This is because it needs special antifouling paint to help preserve it for generations to come as it sits in the mostly static water of the Hull Marina.

Once restoration is complete, the Spurn Lightship will return to Hull Marina near Murdoch’s Connection footbridge and is expected to re-open to visitors in Autumn 2023.

The Arctic Corsair restoration is progressing well with structural surveys being undertaken, repairs have been undertaken to the captains cabin and retaining as much as possible. All the timber from the deck has been removed and new timbers will be replaced following the shotblasting process.

Dave Clark, Operations and Technical Director, said: “In the last six months we have made good progress on the restoration of the city’s two ships. Shotblasting, priming and painting the Arctic Corsair and Spurn Lightship is the next stage and is a key milestone. This process will protect the exterior of the ships and their long-term future.”

David Renwick, Director, England, North at The National Lottery Heritage Fund, said: “It’s fantastic news that thanks to National Lottery players, we have been able to support the restoration of Hull’s ships and ensure that this amazing craft is preserved for years to come.  Restoring the two vessels to their original glory will in turn create wonderful landmarks for the city that will inspire people to explore its rich maritime heritage. Bringing Hull’s heritage to the fore through work like this will generate a huge amount of pride in the city, and interest from further afield, that can in turn deliver wider economic and social benefits.”

Read more about Hull Maritime, one of our Shipshape Network North projects. 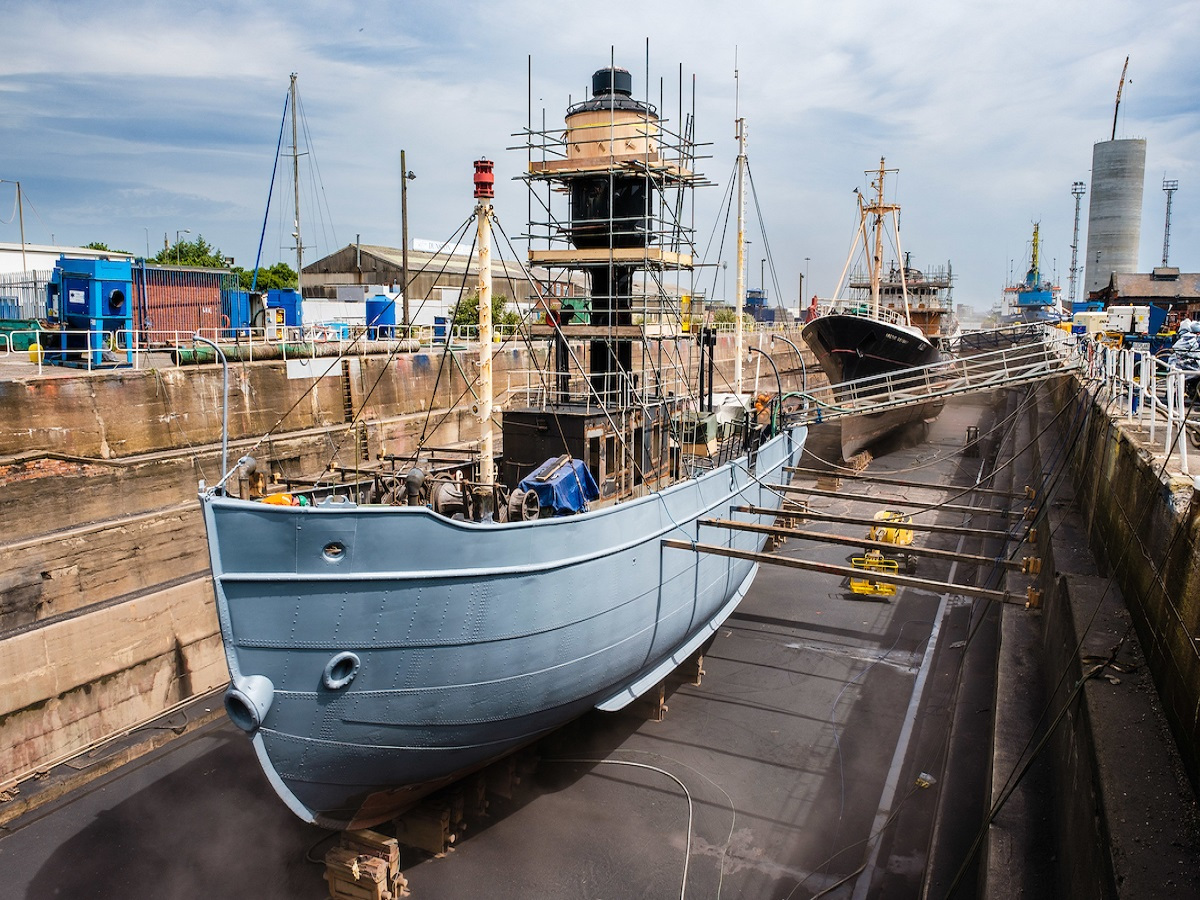