On 29 February 1960, the trawler was launched, ready to be fitted out to begin her long fishing career. Built in Beverley for the Boyd Line, the Arctic Corsair had a career that included a world-record catch and a collision on the Cod Wars.

Built in 1960, she symbolises the very peak of Hull’s fishing industry before it collapsed in the 1970s and 80s amidst the ‘perfect storm’ of restrictions following the Cod Wars, rising oil prices making distant water fishing unviable, falling fish stocks and membership to the European Common Market further restricting access to waters.

The trawler was saved for the nation in 1993 by Hull City Council after a long and successful campaign by STAND, led by Adam Fowler. An extensive programme of repairs was carried out by a team of 20 trainees when the vessel was berthed at Albert Dock.

Now owned by Hull City Council and managed by Hull Culture and Leisure, in partnership with local fishing heritage group STAND, the Arctic Corsair is a key part of the nation’s maritime heritage. Volunteers, many with connections to the fishing community, deliver guided tours and maintain the trawler.

The future of the Arctic Corsair is bright. As part of the Hull: Yorkshire’s Maritime City project and a team of dedicated of trained volunteers, the trawler will continue to be a centrepiece for the city. Her new home at the North End Shipyard will allow her to continue to shine with lasting legacy to ensure Hull’s fishing heritage is not forgotten.

Councillor Daren Hale, Portfolio Holder for Economic Investment, Regeneration, Planning, Land and Property, said: “The Arctic Corsair is a unique survivor of national importance.  The trawling industry has long-since collapsed but the memories are still very much alive in communities across the city.

“It is the aspiration of this project to keep these memories alive forever on behalf of the whole country, ensuring the survival of the Arctic Corsair for another 100 years.

“As time passes the Arctic Corsair’s position as part of our country’s history will grow, as she becomes a national symbol of a once great industry and will be a permanent tribute to the city’s fishing industry and a nod to what has shaped the city it is today.

“Once restored and reopened to the public in her new home at the North End Shipyard and will continue to be the only distant-water sidewinder trawler consistently accessible to the public in this country.”

Adam Fowler, Chair of STAND at the time led the campaign and fought tirelessly to save the trawler. He met with the council and working with STAND, the local authority secured more than £300,000 of funding and pledges of support came in waves. He said: “60 years ago the Arctic Corsair was launched to bring fish home for the nation. Now this last in a generation will begin a new chapter in ensuring that amazing story of Hull's fishing heritage is not forgotten.” Adam Fowler an inaugural member and former Chairman of STAND.

Ron Wilkinson, Chair of STAND, said: “The Arctic Corsair has for six decades given great service to the city of Kingston upon Hull.

“For 30 active years she helped feed a nation and since that time during a further 30 years of retirement she has educated a new generation about the Hull’s Maritime heritage.

“After her refurbishment she will once again teach a future generation what the heritage of the fishing industry and the fishing community was about and what it meant to the city.”

- In 1973, the Arctic Corsair broke the world record for landing the greatest weight of Cod and Haddock from the White Sea.

- In 1976, the Arctic Corsair rammed the Icelandic Coastguard vessel and gunboat Odinn as part of the Cod Wars conflict. In 2017 both vessels which survive as heritage ships exchanged bells in a gesture of reconciliation.

- The Arctic Corsair was converted to Pelagic fishing in 1978 before being laid up in Hull’s St Andrews Dock in 1981.

- In 1985 she was converted back to conventional fishing and made a record breaking return to trawling.

- However by 1988 she was again laid up in dock, her registration was closed and she was re-named Arctic Cavalier.

- The name Arctic Corsair, along with her valuable fishing licence, were transferred to the Havstrand a more modern stern fishing freezer ship in an attempt to maximise fishing quotas.

- After lying idle in Hull for five more years the ship was purchased by Hull City Council in 1993 and renamed Arctic Corsair once more.

- The Arctic Corsair was moved next to the Streetlife Museum on the River Hull in 1997, which was to become its home for the next 20 years

Since then thousands of people have visited the trawler with a tour offered by the dedicated volunteers.

Hull City Council would love to hear your personal stories of the trawler and her heroic times at sea.  If you would like to share your story email hymc@hullcc.gov.uk or submit them via maritimehull.co.uk

More on Arctic Corsair and the Spurn Lightship, one of our Shipshape Network North East Projects 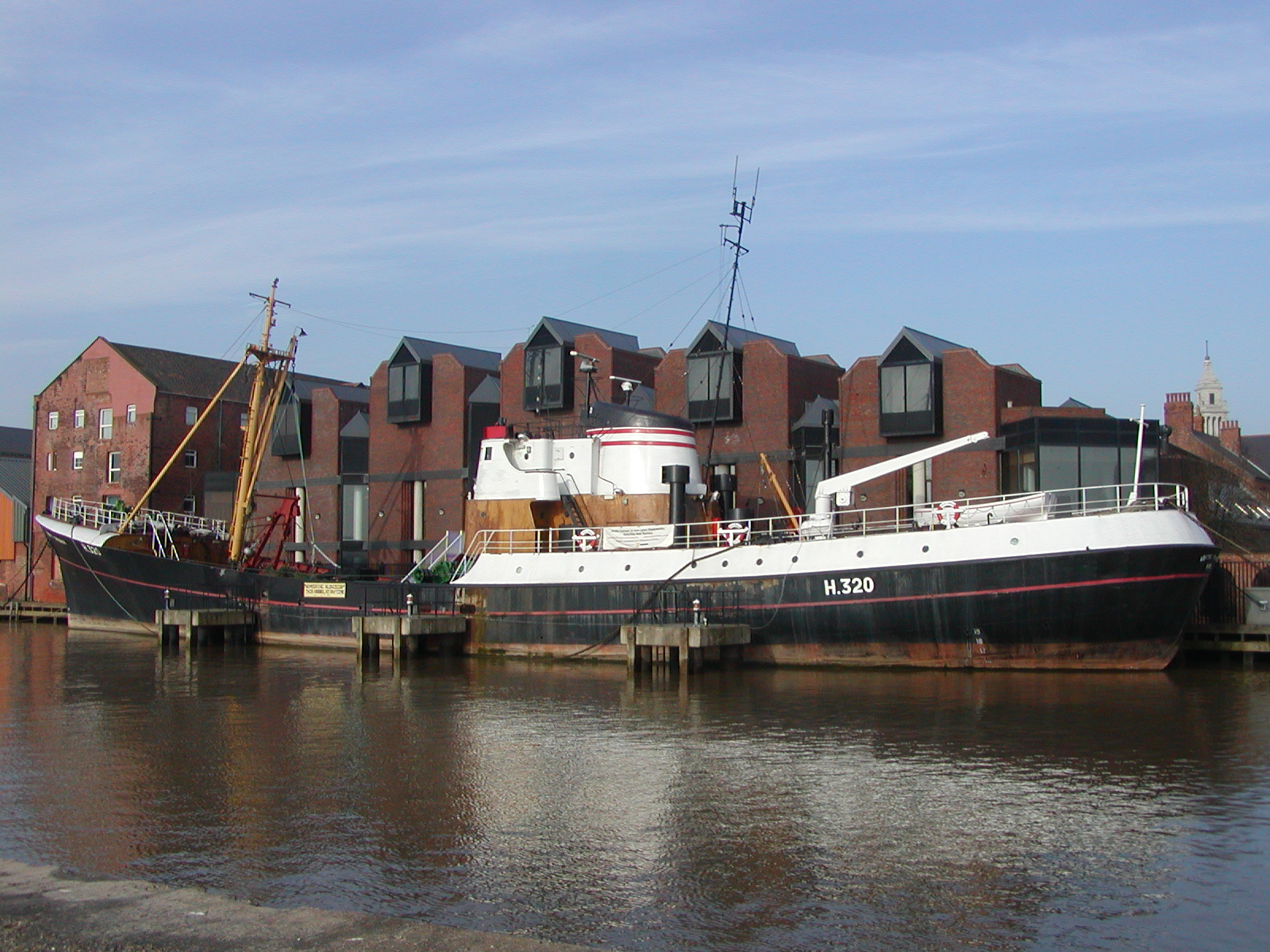