Maid of the Loch Steamer hauled out of waters

The Maid of the Loch was hauled on to a specially built cradle on the 120-year-old Balloch Steam Slipway on Wednesday, July 14.

The charity which owns the Maid of the Loch plans to carry out a detailed survey of the ship’s hull once she’s out of the water to determine the amount of work required to get the 1953-built ship into a good enough condition to, hopefully, sail on the loch for the first time since 1981.

The operation has been more than two years in the planning after an unsuccessful attempt in January 2019 when the original cradle snapped and the ship slid back into the loch.

The Loch Lomond Steamship Company estimated that the winching operation, due to begin at 11am on Wednesday, would take around four hours to complete. 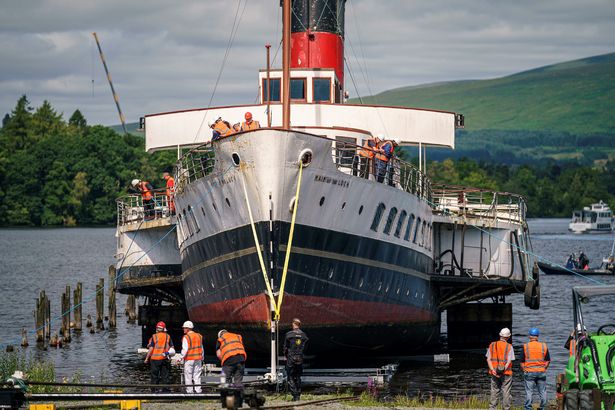