Award-winning heritage steamship, the Daniel Adamson, known as the Danny, is celebrating six years of community engagement and education since it was restored and re-launched as a public passenger boat in 2016.

The occasion was marked with a VIP boat trip on Friday 6 May, heralding its first full season of boat trips along the River Weaver Navigation to the world’s first boat Lift, Anderton Boat Lift in Northwich - linking together two of the North West’s great historic waterway attractions.

On board were representatives of dozens of partners, groups and organisations who have been associated or benefited from the ‘Danny’ 1903 Art Deco tug since its remarkable restoration led by volunteers.

The Danny is the last surviving steam-powered tug built on the Mersey and is part of the official National Historic Fleet, alongside such famous ships as the Cutty Sark and SS Great Britain.  It was rescued from the scrapyard by an amazing group of volunteers, led by Dan Cross, a professional Mersey tug skipper, and restored at Cammell Laird ship builders in Birkenhead, with the help of a £3.8million Heritage Lottery Fund grant.

This story of success, resilience and determination is now helping to inspire a new generation of youngsters and providing engaging experiences for adults and children from all walks of life. These include promising young engineers from Halton’s Riverside College and Cronton Sixth Form College, as well as undergraduates from universities such as Newcastle and Liverpool John Moores, and primary school children from Cheshire, Halton and Liverpool

Halton MIND mental health charity, Power in Partnership College, Cheshire Autism Practical Support, scouts, guides and cadets are just a few of the many community groups who have benefited. And this spring, youngsters (aged 8-25) from Cheshire, Halton, Warrington and Wirral are to take part in arts workshops and heritage visits as part of a special Queen’s Platinum Jubilee ‘Let’s Create’ project, in conjunction with Youth Federation, the Canal & River Trust, funded by Arts Council England, through the Cheshire Community Foundation.

Dan Cross from the Daniel Adamson Preservation Society said: “The last six years have been a remarkable journey and this special boat trip was to say thank you to the many people who have played a part in making the whole enterprise such a success.

“More than a hundred brilliant volunteers keep the ship afloat and run public boat trips on a regular basis, which then helps to support our extensive programme of public engagement and education.

“The Danny is far more than just a restored steamship, special though that is. The opportunities for education and enrichment that it presents have the power to change and improve lives, and that is priceless.”

And the benefits are not always one way. As well as contributing to the maintenance of the Danny and volunteering at community events, young people on work placement have supported the design and creation of the Danny virtual reality experience, which allows people to tour the whole ship, including the engine and boiler rooms, making it accessible for people who are physically unable to get on board.

For more details about volunteering, engagement opportunities or to book tickets for individual cruises, visit the website: www.thedanny.co.uk

Read more about the Daniel Adamson Preservation Society, one of our Shipshape Network North projects. 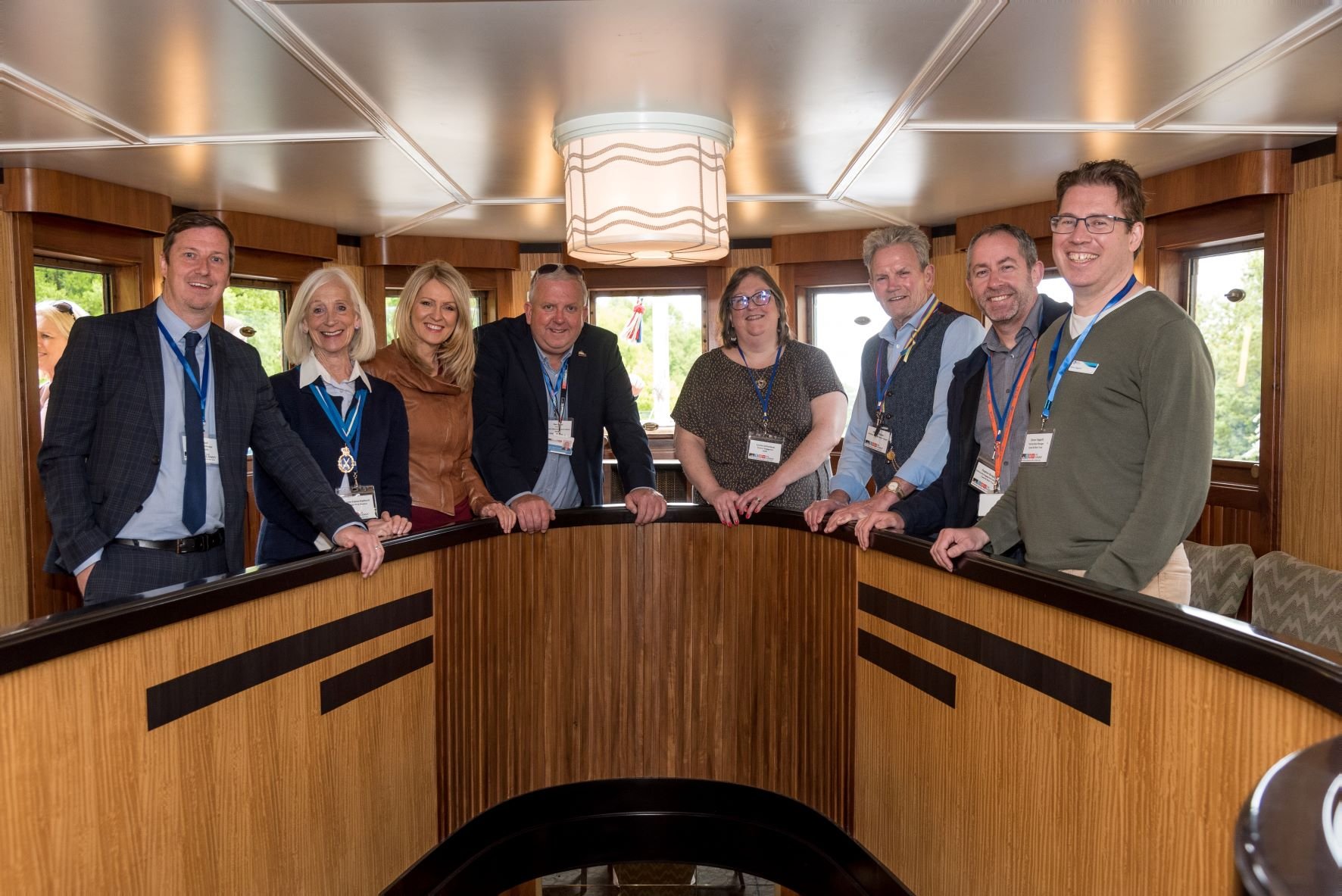