Northern Ireland Economy Minister Gordon Lyons has announced that the long-term future of the HMS Caroline visitor attraction has been secured in Belfast.

Agreement has been reached with key partners the National Museum of the Royal Navy (NMRN) and The National Lottery Heritage Fund to keep the historic attraction in Belfast until at least 2038.

HMS Caroline is a C-class light cruiser, the last survivor of the Battle of Jutland in 1916, and has been located in Belfast since 1924.  It first opened as a visitor attraction in Belfast in 2016 to commemorate the centenary of the Battle.  However, it has remained closed since the start of the Covid-19 pandemic.  Following agreement between all parties the attraction will now reopen again in the late summer of 2022.

The Minister made the announcement from on-board the historic ship, which is located in the Alexandra Dock area of Belfast’s Titanic Quarter. The attraction is also part of the ‘maritime mile', which stretches from Corporation Street to Donegall Quay, and on to HMS Caroline.  He said: “I am delighted that the long-term future of HMS Caroline has been secured in Belfast, where it has been berthed for the last 98 years.  The ship is a very important cultural and heritage visitor attraction and it has been my priority for some time to ensure that it remains in Belfast."

The National Museum of the Royal Navy owns HMS Caroline and led the original capital project to restore the ship, Alexandra Dock and part of the Thompson Dock Pump House to create the unique maritime visitor attraction it is today.  NMRN will continue to operate the vessel for the foreseeable future.

NMRN Director General Professor Dominic Tweddle said he was very pleased that the ship’s future in Belfast is sealed: “We are thrilled to have reached an agreement with the Department for the Economy, along with support from The National Lottery Heritage Fund, that will keep HMS Caroline in Belfast, her home for nearly 100 years.  The closure of this remarkable First World War Survivor two years ago was heartbreaking for all at the Museum.  It has remained our fervent desire to secure a sustainable future that will enable us to continue to conserve and maintain her; with the aim to once again share her story with the people of Belfast, and the millions of tourists that visit Northern Ireland every year.  With this agreement now secured, we can plan a future for the ship and look once again to welcome visitors to her later this year.”

NMRN Chief of Staff and HMS Caroline Project Director Captain John Rees OBE said: “We have been committed to protecting the ship’s central position in Belfast’s maritime history because it is now viewed as a shared space in which Northern Ireland’s communities can celebrate and share cultural events, explore the past and also commemorate the contribution made by 10,000 Irish sailors who died at sea in World War One.”

The National Lottery Heritage Fund was the main funder of the original project to save and restore HMS Caroline, and has continued to provide significant support and funding to the project.

Read more about the National Museum of the Royal Navy, one of our Shipshape Network South East projects. 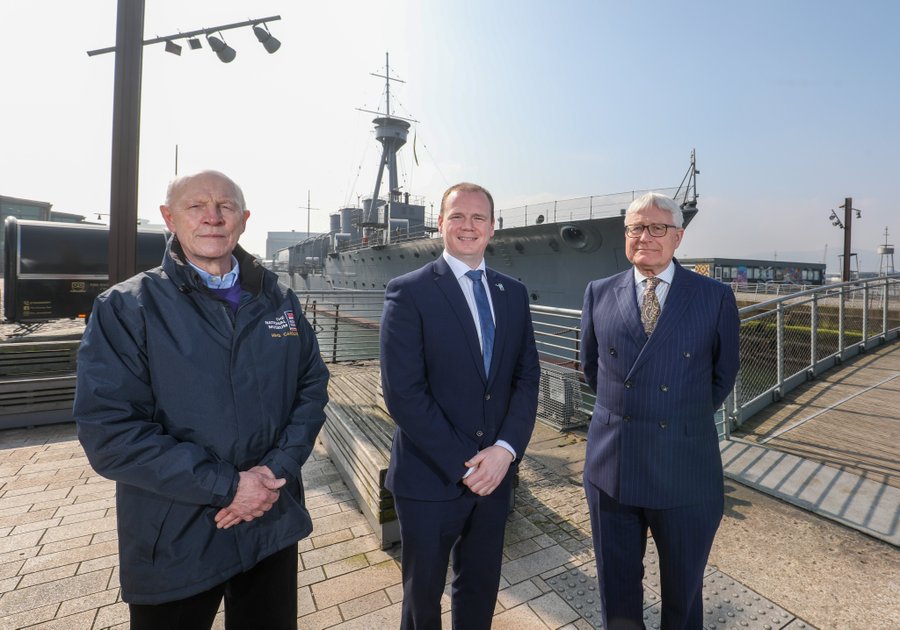