An historic clock on the Hull Maritime Museum is set to become automated after more than 100 years.

The large historic clock on the south-facing tower of Hull’s Maritime Museum and its dialworks will be extensively cleaned along with measurements for the new automatic winding system.

It has been wound by hand every seven days since 1871. The new automated system will wind itself, saving someone climbing inside the tower and winding it up by hand. The additional system will be completely reversible, leaving the historical workings of the clock entirely intact.

Gillian Osgerby, Hull City Council’s Project Director for Hull Maritime, said: “The clock is a focal point of the exterior of the building and this new feature will ensure it keeps accurate time for the centre of the city for many years to come.  For 150 years, the clock on the old Dock Offices has kept time for the city, overlooking the historic Princes Dock where ships came and went through Hull’s Town Dock system.”

Specialist Clockmakers, Smith of Derby who are also working on the Guildhall’s new Time Ball have been appointed to undertake the work.

Sam Welton, Sales and Operations UK at Smith of Derby, said: “Smith of Derby are delighted to continue our close working relationship with Hull City Council, working on this historical clock which is a focal point of the City Centre. Once these works have been completed, the clock will be in both reliable working order and automatically wound to reduce manual input.”

Building contractors, Simpson of York are currently undertaking a multi-million-pound refurbishment of the Grade II* building.

David Renwick, Director, England, North at The National Lottery Heritage Fund, said: “It’s fantastic news that thanks to National Lottery players this historic timepiece will be getting a new lease of life.  The meticulous process to automate the clock and bring some modern innovation to its mechanism will make sure that this fantastic example of horological heritage can be admired by residents and visitors to Hull for many years to come.”

The automation system will be in place and working in early 2023.

The major works to Hull’s Maritime Museum are part of Hull Maritime, a £30.3m project funded by Hull City Council and The National Lottery Heritage Fund to transform the city’s key maritime treasures. Other elements include the refurbishment of Dock Office Chambers, the creation of a new visitor attraction at the North End Shipyard and the restoration of two historic vessels, the Arctic Corsair and Spurn Lightship.

Read more about Hull Maritime, one of our Shipshape Network North projects. 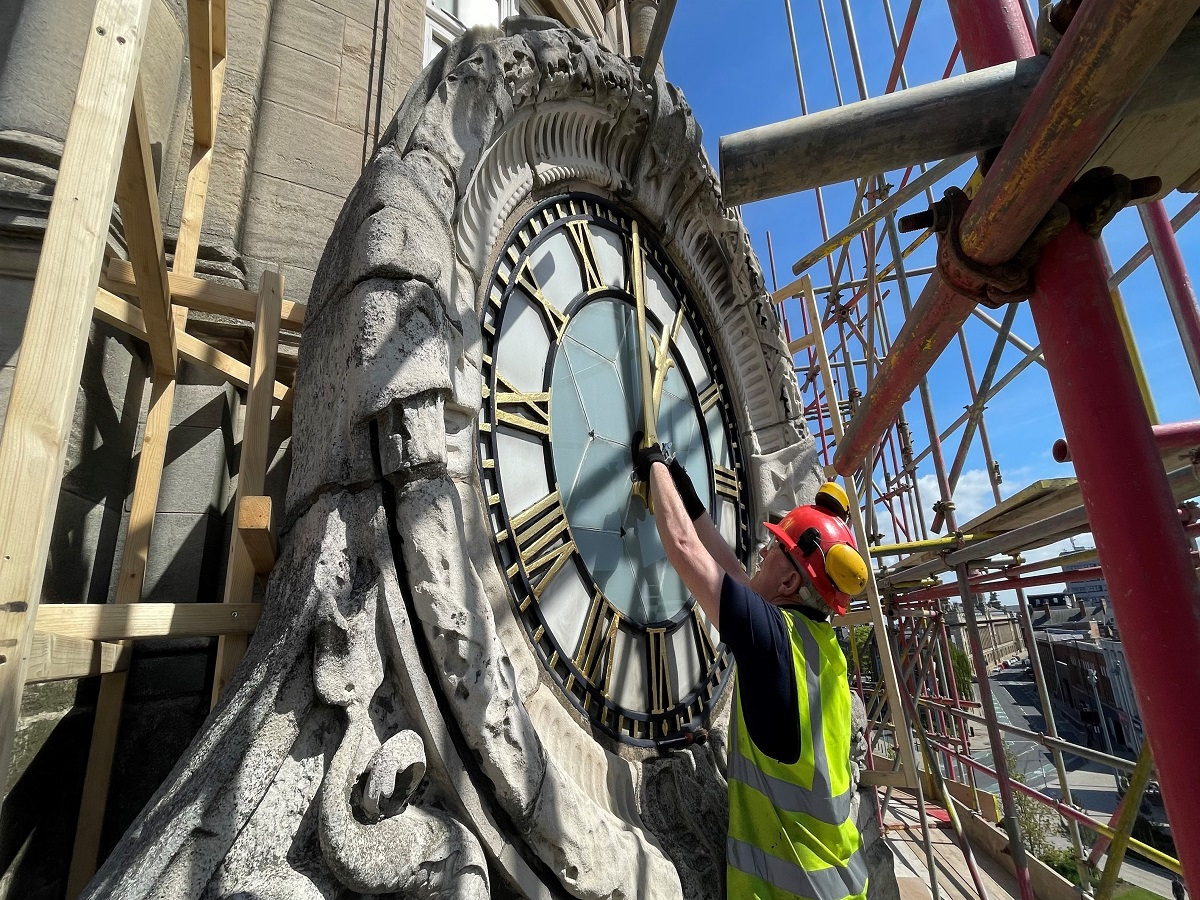