News: Operational vessel trips are back for the summer at Bristol's M Shed!

Take a boat trip with a difference!

Operational vessel trips are back for the summer at Bristol's M Shed.

Take a trip around Bristol harbour on the John King – a 1935 diesel tug built to tow cargo ships from Bristol City Docks to the mouth of the River Avon.  Built by the last major Bristol shipbuilder, John King spent 35 years towing on the river.  She also had special duties, which included supplying drinking water to ships in dry dock, assisting at ship launchings and putting vessels into dry dock and occasionally pulling grounded vessels back into deep water.  But as trade to the Bristol docks declined and motor ships became less reliant on tugs, John King’s workload gradually disappeared.  Eventually she was bought by Bristol Museums and fully restored to her former glory.

Watch the powerful water cannon at work on Bristol’s former fire-boat Pyronaut, on a trip around the docks that she was built to protect.  Pyronaut served in Bristol from 1934 until 1973, working particularly hard in the Blitz in 1940-41.  In 1940, Pyronaut was faced with her most challenging fire-fighting period, as the air raids of the Bristol blitz damaged and destroyed countless warehouses, factories, shops and homes around the Floating Harbour. During this time, she was constantly manned and worked through some of the worst raids of the war.

Explore the harbour aboard the world’s oldest steam tug, built in Bristol in 1861.  The little steam tug Mayflower was launched from a shipyard at what is now Pooles Wharf on 18 May, 1861. She went to work on the ship canal between Sharpness and Gloucester and managed a working life of over 100 years.  Mayflower then spent 15 years narrowly avoiding the scrap yard before she came back to her birthplace in 1981 to be restored by staff and volunteers from Bristol Museums.  Since then, Mayflower has been a familiar sight in the harbour, running regular weekend trips for those who enjoy the peace and serenity of steam-powered ships.

Buy tickets for all vessels on board on the day. Trips last approximately 30 minutes. £6 adult, £4 child / concession.  Concessions are available with proof of identity for 16-25 year olds, students, people over 65, unemployed people, disabled people (carers free) and Friends of Bristol Museums, Galleries and Archives.

Please note, M Shed’s large working exhibits are operated by volunteers. Occasionally crew shortages, mechanical difficulties or adverse weather conditions may force us to alter or cancel the advertised event.  We advise you to check directly with us to avoid disappointment by calling 0117 352 6600.

Read more about M Shed, one of our Shipshape Network South West projects. 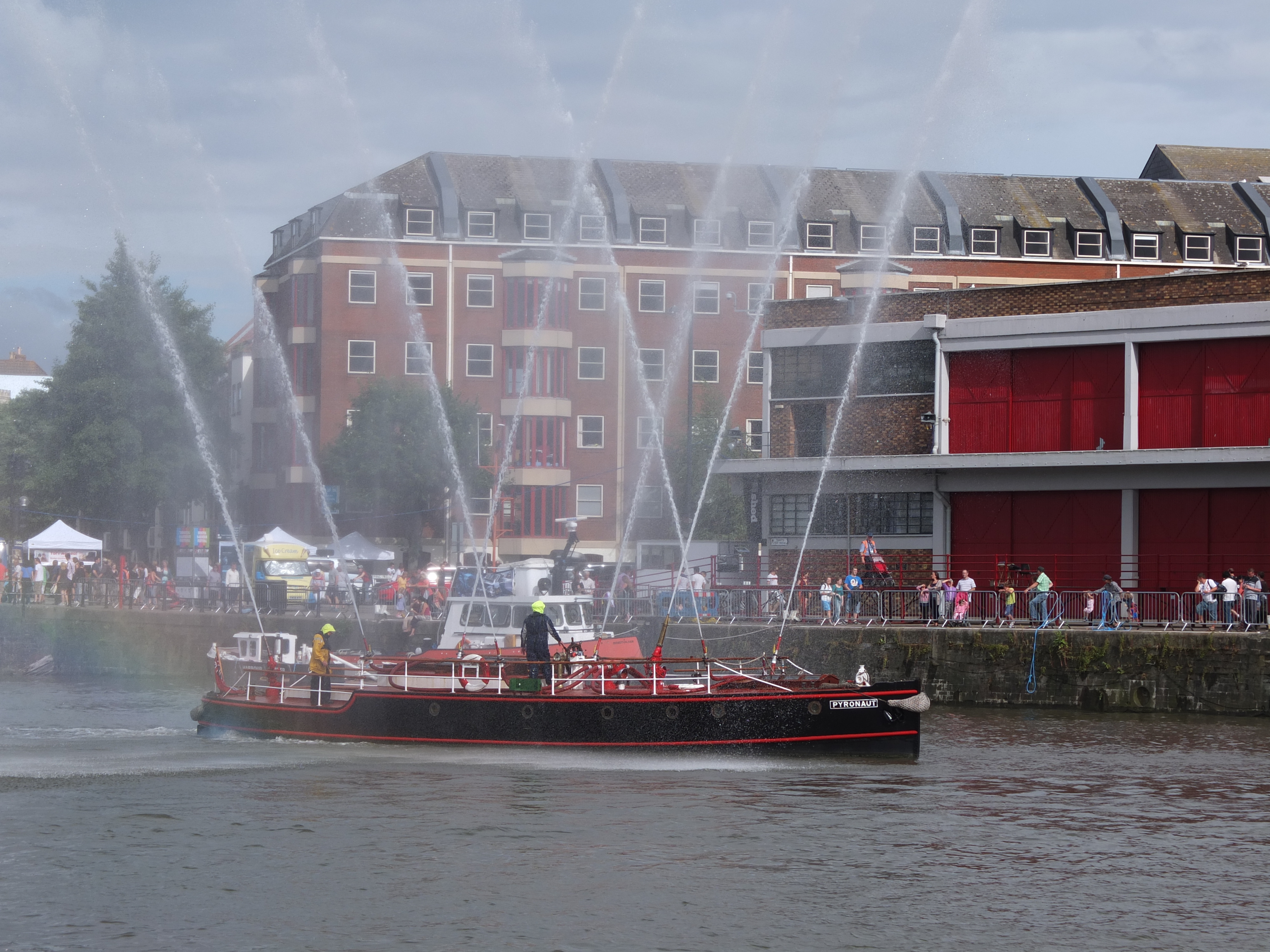