Windermere Jetty Museum has reached its £50,000 goal to restore Raven's deck, and it's all thanks to you!

The nationally significant boat, now 150 years old, needs a new deck so that the conservation team can return genuine features to the boat.  With your donations this can now begin to happen!

Windermere Jetty Museum conserves and displays an internationally important collection of boats all associated with Windermere.  There is an ongoing programme of conservation to ensure this significant heritage is preserved for future generations.  Next on the conservation schedule is Raven; the largest boat in the Museum's collection and one of the few surviving work boats of Windermere.  Workboats have a hard life and are usually scrapped when they cease to be useful.

Launched in 1871, cargo boat Raven is 150 years old and has a had a long and significant life on Windermere.  Built to take supplies to remote locations when the only means of transport was horse and cart over poor roads, during winter Raven was also an essential ice-breaker.

In 1922, competition from road transport meant the end of Raven's time as a cargo boat and it was sold to Vickers Armstrong for testing mine-laying equipment.

In the 1950s, the abandoned Raven was rescued by George Pattinson, founder of Windermere Steamboat Museum, and spent years as a summer bunkhouse for water skiers.

Last year, to coincide with the vessels's 150th anniversary, Windermere Jetty Museum launched a campaign to raise £50,000 to start Raven's conservation in spring 2022 by replacing the deck.  Given her current state, it is vital they install a wooden deck as quickly as possible, before the vessel's structure deteriorates further.

They're delighted to announce they have reached their target, meaning that work to replace the deck can start earlier than expected.  It's fantastic news, but they're still seeking donations for the ongoing restoration of this unique historic craft.  The Museum's boat conservation programme and staffing costs are funded entirely through museum admissions, private grants and donations, so every single pound they receive will make a difference. By making a donation of any size you will help them to achieve their goal and save Raven.

£150 will buy 5 metres of decking timber

£30 will buy 1 metre of decking timber 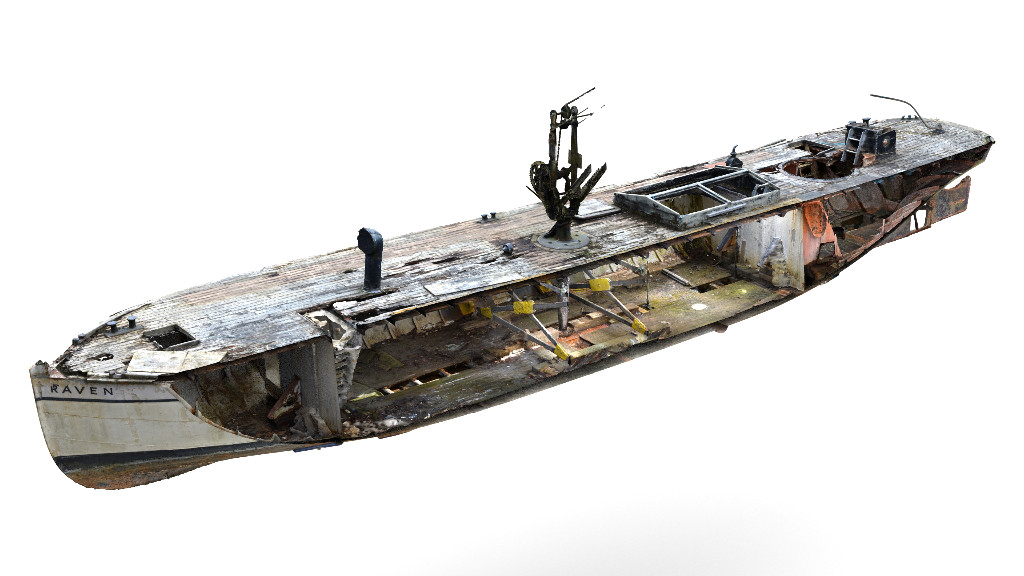