Last month the SS Explorer Preservation Society, based in Leith, Edinburgh, won a Regional Flagship award in the National Historic Ships UK Flagship competition. The award is great recognition of the work being done to raise awareness of this important piece of Scottish Maritime Heritage.

Allan Dickson, deputy chair, SS Explorer Preservation Society said “This is the first time the SS Explorer has been able to enter the competition and we are really happy to have been named as a regional flagship. It’s a great piece of recognition for the ship and we are looking forward to working with National Historic Ships UK over the year in promoting the UKs heritage vessels.”

The awards this year were open to all ships on the historic ship register and were judged on how the ships had adapted to the current difficulties and their online and virtual program of events. In previous years the awards have only been open to ships which sail and were judged on their cruising program and visitor numbers.

Hannah Cunliffe, Director National Historic Ships UK commented “I am delighted that we are able to offer these Awards again as a means of supporting the sector at a time when it needs our help most. The creativity and resilience these vessels have shown in developing new online engagement packages to meet the current situation has been impressive and I look forward to working with them all in the months ahead.”

The SS Explorer's program of online events for this year includes a Marine Engineering Challenge activity at the STEM Academy Scotland, which launched on the 15th of June. Smaller educational activities are being made available throughout the year. A youtube channel hosts a number of videos including a recently digitally remastered original film from Marine Scotland of the SS Explorer working in the late 1950’s as well as a tour of the vessel as she is now. Nearer the end of the year a virtual tour of the ship should be launched which will be a great addition to the 360 deg photos currently available. The Society recognises that both STEM and Heritage sectors are lesser known career options and aims to raise awareness through our education programs and vessel tours.

Ben Macpherson MSP for Edinburgh North & Leith remarked “This recognition is a credit to everyone involved in the SS Explorer Preservation Society, and positively emphasises the cultural and historical value of their ongoing work. I hope this award helps more people to learn about the SS Explorer and its discoveries, both in Leith and beyond”

Based in Leith since 1996 the Society works with other community groups to improve the local economy and increase the prospects of all local residents. Although inside the port itself the ship is open to the public by prior arrangement for tours. During the port open day in 2018 the tour bus stopped and the SS Explorer and a short talk about the history of the ship was given. Forth Ports has been a long time supporter of this historic ship.

David Webster Senior Port Manager Port of Leith stated “We are proud to berth the SS Explorer in the Port of Leith and our congratulations to all the team on achieving this award. The Society works hard to raise awareness of this important piece of Scotland’s maritime history.”

The SS Explorer Preservation Society is a registered charity, based in Edinburgh, which aims to give our past a future by restoring the Scottish Office’s first purpose built marine research ship into a living museum and visitor attraction, raise awareness of STEM and heritage careers and improve our community.

The society relies entirely on membership fees of our members, donations and grants to carry out its work. Recent grants have been received from Heritage Lottery Fund, Leith Benevolent Association, and Maths Week Scotland. The Society is supported by Forth Ports and our patrons include the Office of the Lord Provost Edinburgh, Sir Andrew Cubie CBE FRSE & John Dunn MBE. Find out more at https://ssexplorer.org/

The Society aims to raise the profile of industrial heritage in the UK, promote STEM education, raise awareness of the maritime and heritage sectors as career paths and contribute to the improvement of the local community by restoring the historically important ex Scottish Government Marine Research Vessel SS Explorer and providing a new visitor center. This is a multi-million pound project that should be completed by 2030.

Launched in 1955 she was the first purpose built marine research vessel for Scotland. SS Explorer had a mix of old and new technology for the time. With a traditional British steam engine, the last to be built in Aberdeen, a cutting edge electrical system and was the first research ship to be fitted with a computer. Decommissioned in 1985 she was saved from the scrap yard in 1995 by ex-crew and local Aberdeen residents, the SS Explorer moved to a sheltered berth in Leith in 1996. With little money volunteers have worked to prevent the ship deteriorating as much as possible. In 2016 a new Board of Directors provided renewed motivation and work has stepped up considerably.

Find out more about the SS Explorer Preservation Society, one of our Shipshape Network Scotland Projects here. 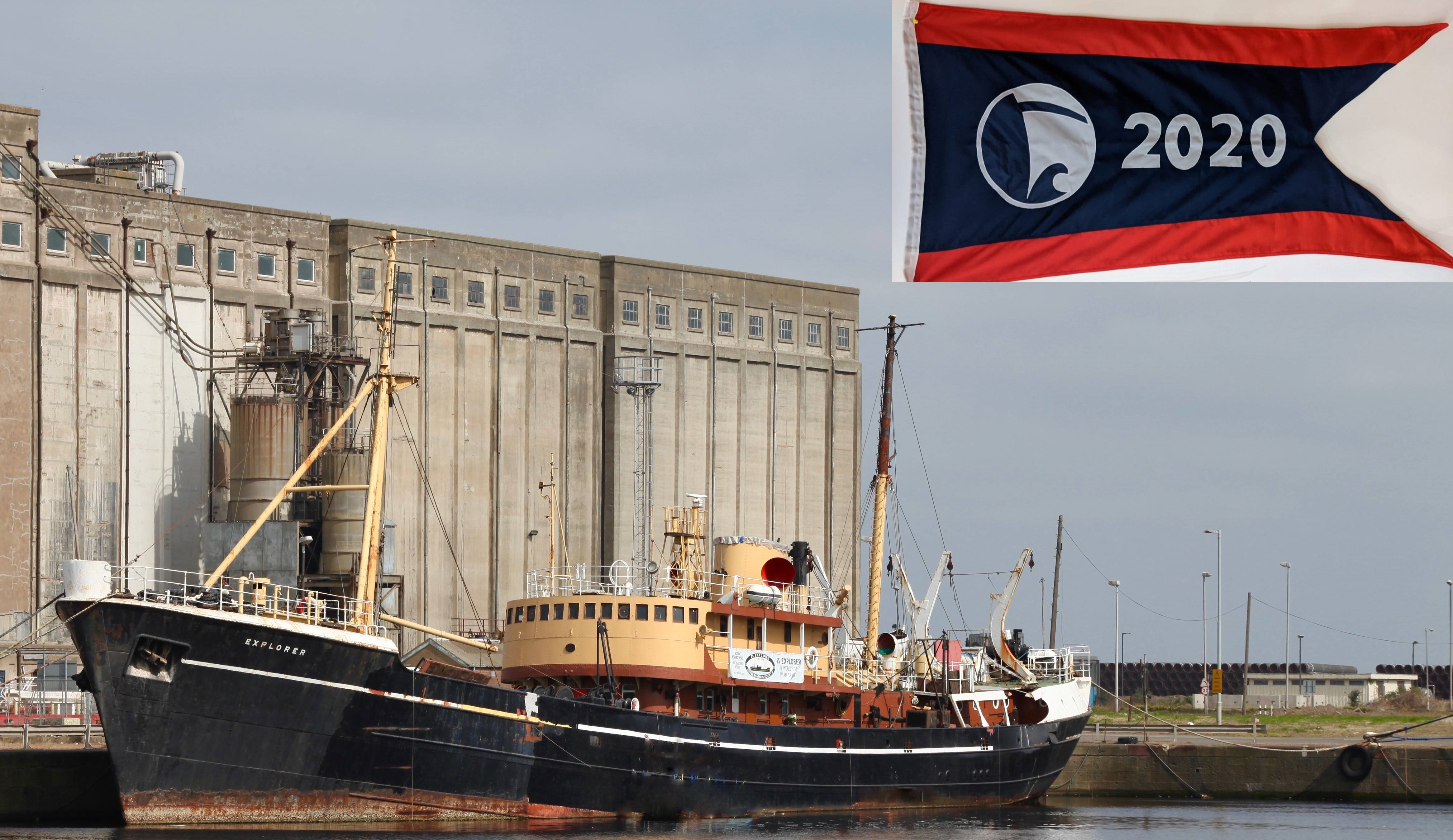