SS Great Britain Trust's plans to grow the West of England’s tourism economy and to provide expanded STEM learning have taken a major step forward today after receiving support from the National Lottery Heritage Fund with an initial development grant of £600,000 towards a proposed £5m grant towards the £20m ‘Albion Dockyard Project’ initiative.

The bold Albion Dockyard Project announced by the SS Great Britain Trust is set to protect and enhance Bristol’s unique harbour heritage and ecology while transforming the Albion Dockyard with a world-class maritime attraction inside a thriving working shipyard.  The Grade II listed dock itself will be conserved, maintaining a working dry dock and reinstating the original clock tower, so creating an engineering learning environment for families, schools and the SS Great Britain Trust’s pioneering Future Brunels programme.  The Trust is honoured to have historian and broadcaster Professor David Olusoga as the patron of the project.

The centrepiece for the Albion Dock will be the recreation of a full-size version of Isambard Kingdom Brunel’s first ship, the paddle steamer Great Western, which had been built in Bristol as the world’s first transatlantic ocean liner.  The new addition will not only create a striking visual presence evoking the city’s role in pioneering global ocean travel, but will share stories of migration, with inclusion and access a priority, connecting historic stories with contemporary experiences.

The investment from the National Lottery Heritage Fund and support from Bristol City Council is set to unlock further funding that will not only conserve the physical heritage landscape but will share stories of migration and global travel and Bristol’s role in shipbuilding.  Brunel built two great ocean liners in Bristol’s city centre docks: the SS Great Britain and the PS Great Western.  Both were prototypes for all ships and liners that followed, transforming the speed, scale and reliability of global travel and transportation.  And both transported people and cargo around the world, heralding monumental change and migration.  The harbour today provides space for locals and visitors alike, and this project will establish the waterway as one of the country’s first voluntary marine nature reserves, enhancing habitats and maritime heritage.

The SS Great Britain Trust is the charity that runs Brunel’s SS Great Britain and the Brunel Institute, caring for the SS Great Britain on behalf of the nation along with collections comprising 70,000 objects and artefacts in the two museums and the archives.  The charity runs community engagement programmes and specialist education programmes that inspire future generations of engineers, helping to address inequality and barriers into engineering and STEM careers.

Expansion of the tourism draw is projected to bring at least £8.1 million additional spend into the West of England economy every year, and to provide 189 new jobs.  The learning programmes, ecological improvements and conservation will provide significant further benefits for the region. And the project will deliver benefits for communities, consulting and developing elements with them as well as collaborating with key partners including Avon Wildlife Trust, Black South West Network, City of Bristol College and the Restore Trust.

The Albion Dockyard Project has the support of Bristol City Council and West of England Combined Authority, and is set to benefit every area of the region – Bristol, South Gloucestershire, Bath and North East Somerset, and North Somerset – as it shines the spotlight on Brunel heritage and expands STEM learning in every area of our ‘Brunel Country’.

“Today, the Trust is setting out plans for a world class heritage experience that will protect and transform the Albion Dockyard while providing far-reaching benefits for the harbour and the whole region, growing the tourism economy and maritime and shipbuilding industries.  We’re delighted that we’ve received support thanks to National Lottery players that will make a massive difference for the whole of the West of England region and everyone who lives there, conserving vital maritime heritage and investing in the futures of our young people.” 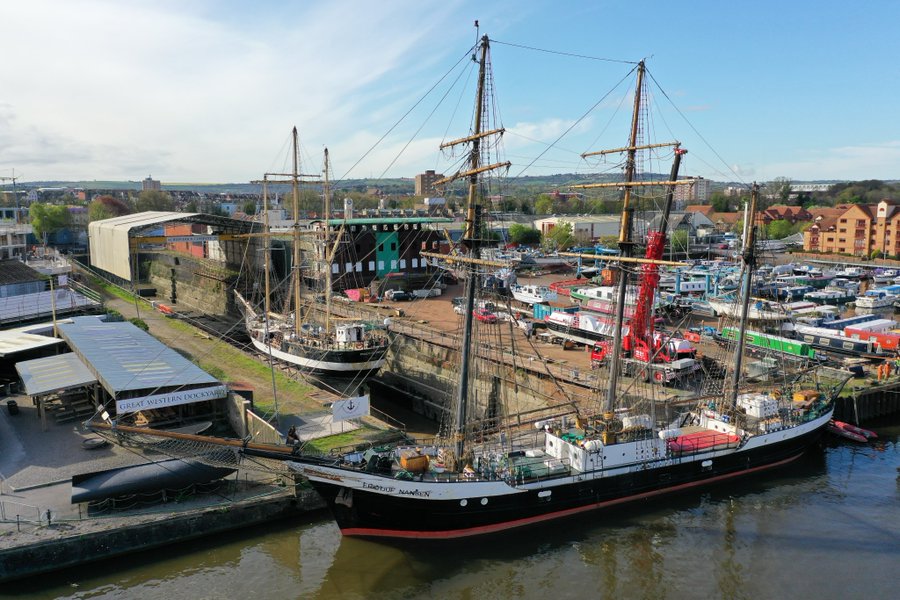