The Foyle Foundation have awarded the Steam Tug Kerne Preservation Society a grant of £5,000 for the conservation rebuilding of the smokebox and coal bunkers aboard Kerne.

The Foyle Fondation’s Small Grants Scheme awards grants to smaller charities in the UK working at a grass roots and local community level, in any field, across a wide range of activities.  The Society are most grateful for their support.

During the retubing work, the smokebox was found to require work and large areas of the bunker bulkhead had to be removed for space to insert new stay tubes.  Using the grant funds, everything will be rebuilt in the original style and as much as possible using parts from the original structures in line with the policy of keeping the historical integrity and character of the vessel.

This year, the Society celebrates its Golden Jubilee - 50 years of preservation of the 1913 steam tug Kerne, which is part of the prestigious National Historic Fleet.  Kerne has been in preservation by the same voluntary group since 1971, first as the North Western Steamship Company Ltd., and later The Steam Tug Kerne Preservation Society Ltd.

Read more about the Steam Tug Kerne Preservation Society, one of our Shipshape Network North projects. 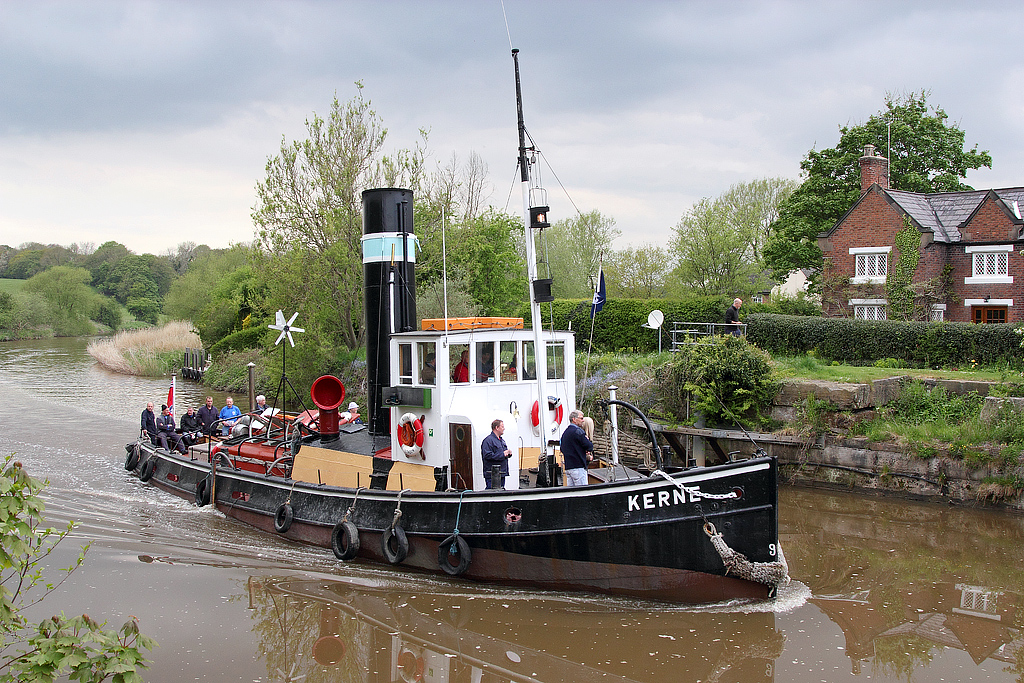