Swallow to appear on the BBC’s Antiques Roadshow

Swallow from the original Swallows and Amazons film will be featured on the BBC’s Antiques Roadshow this Sunday (21st February).

Fiona Bruce (pictured above) and the Antiques Roadshow team will present the episode from the Windermere Jetty Museum. The episode will include a valuable collection of silver trophies awarded to a pioneering woman sailor, a James Bond poster scraped off a wall, a guitar rescued from a skip, and a pair of ‘lost’ necklaces with surprising values, as well as Swallow.

Filming for two episodes of the popular show took place last September with Sophie Neville, who played Titty in the film. Swallow was filmed afloat with Rob Boden (below), and, as usual in the programme, a valuation was given. The Nancy Blackett Trust assisted with acquiring Swallow at an auction in 2010, prior to her restoration and relaunch.

Antiques Roadshow will be broadcast on Sunday 21st February at 8pm on BBC1, and will also be available to watch on BBC iPlayer. 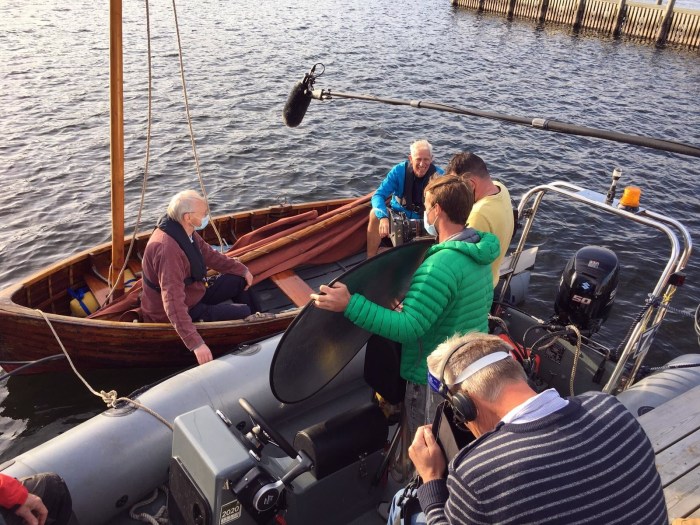