James Martin Hilhouse started shipbuilding on a site close to Hotwells Road in Bristol in 1770.  The creation of the Floating Harbour saw the firm move their yard to the south bank where they established their 'New Dockyard', complete with dry dock.  Originally dug in 1820, the 540ft-long dock was the largest in Bristol.

In 1824 the firm was re-titled 'George Hilhouse & Company' and, after a spell trading as 'Hilhouse, Hill & Company', Charless Hill took control of the company, brought his 16-year-old son (also called Charles) into the business and renamed it Charles Hill & Son in 1845.

Abels Shipbuilders continued to build small ships in the dock from 1980 onwards while the Bristol Marina was created across the rest of the Charles Hill yard.  The Albion Dock became a Grade II listed building in December 1994.

The dry dock had been derelict following the retirement of David Abels in 2016 and is now owned by the Albion Dock Company, incorporated in January 2017.

In July 2018 it was reported that ship repair and shipbuilding were to restart as part of a new partnership between the ss Great Britain Trust and Bristol City Council.  The Trust works in association with the Albion Dock Company to provide repair, maintenance and shipbuilding services for larger vessels from within Bristol Harbour and beyond.  This milestone came as the ss Great Britain celebrated her 175th anniversary.

The Albion Dock Company has been established by experienced maritime manufacturer Martin Childs, along with Paul and Steve Beacham who run Sharpness Shipyard and Dry Dock at the head of the Bristol Channel. 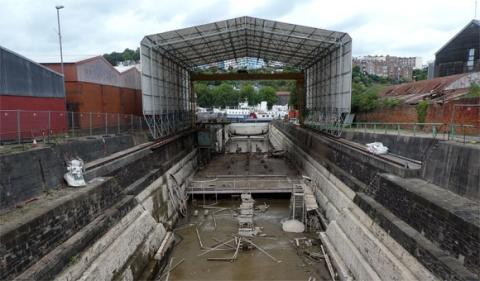 As the city's biggest dry dock, large Bristol-based ships are likely to have priority for repair and maintenance.  Ships from outside Bristol are also expected to use Albion services, further boosting the harbour economy and support jobs for skilled maritime craftspeople.

Matthew Tanner, Chief Executive of the ss Great Britain Trust, said: "This is an important first step in re-establishing the Albion Dry Dock as a vibrant and economically active part of the harbour next to ss Great Britain.

Working with Bristol City Council and the Albion Dock Company, the Trust will continue its role helping to restore and care for the city's maritime heritage."

Martin Childs, Director at the Albion Dock Company, says: "Together with the services already offered by the Underfall Yard and the Bristol Marina, a functioning Albion Dry Dock will mean that Bristol can support an even broader range of high-quality maritime services."

Together with the services already offered by the Underfall Yard and the Bristol Marina, a functioning Albion Dry Dock allows Bristol to support an even broader range of high-quality maritime services.

At a later stage, the Company would like to explore increased public access, so people can see and learn about maritime engineering skills close at hand.
----------
Latest News 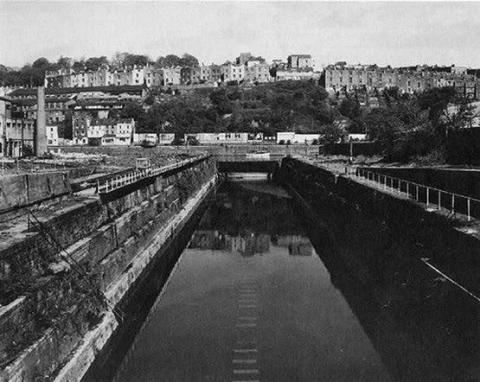