About the National Waterways Museum 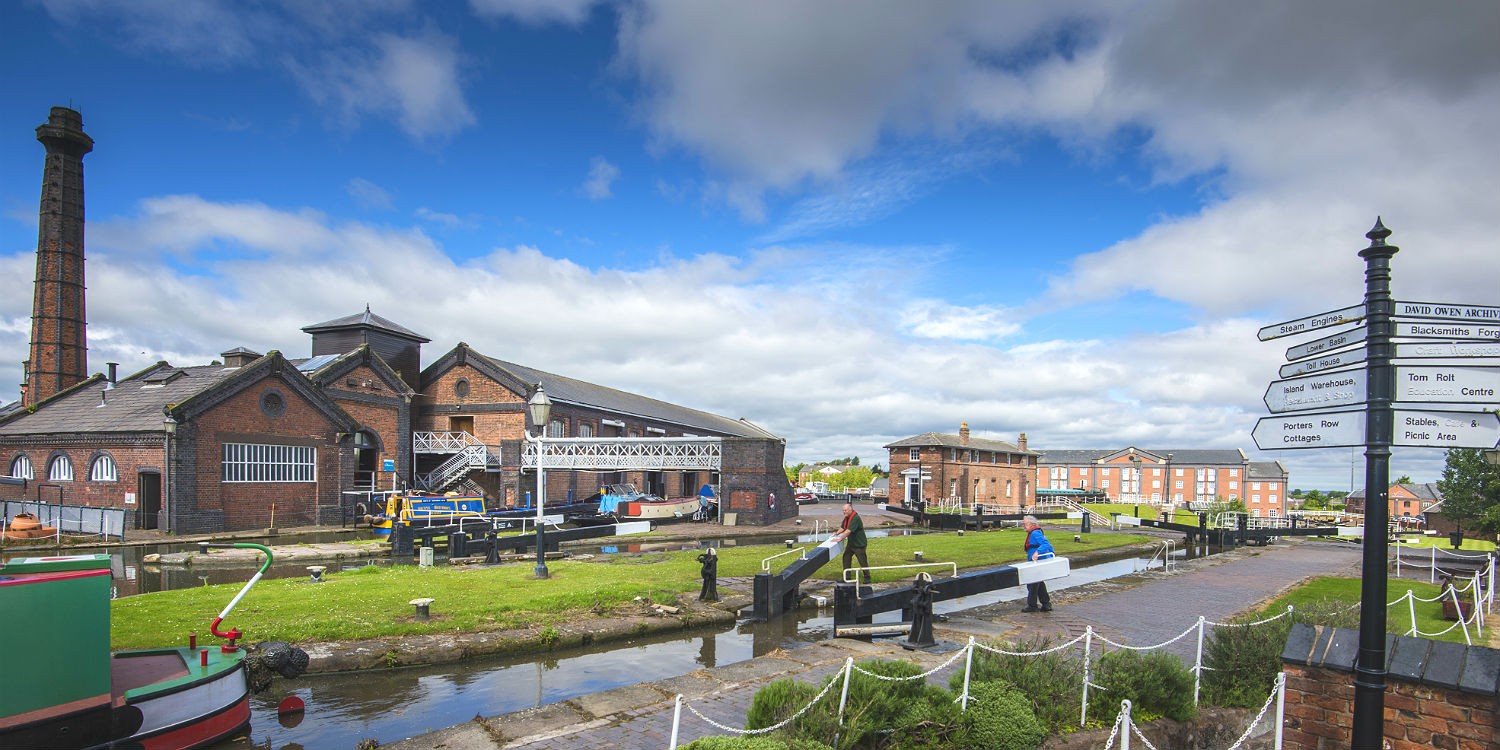 The National Waterways Museum at Ellesmere Port showcases the history of the canal and the lives and times of the people who worked on them.

Sitting where the Shropshire Union Canal meets the Manchester Ship Canal and the River Mersey, the museum is set in a glorious collection of canal buildings with spectacular double locks taking boats through the heart of the museum on the Canal.

A historic collection of canal boats can be seen at the museum, with several open for visitors.  The atmospheric Porters Row cottages show how life would have been for the families who worked around the docks.  If you are lucky, you may run into costumed characters who will be happy to tell you about their life.

Through hands-on exhibits and family friendly interactives, the museum presents rich industrial heritage.  Visit the historic slipway which has a unique position overlooking the waterways.

Walking the 7 acre site takes you through a dynamic landscape of Victorian buildings, docks, locks, stables, cottages and canal basins, many of which are Grade II listed.
----------

The aim of the Waterways Museum Society (WMS) is the preservation of the historic boats, skills, knowledge and way of life of the waterways.

Some forty years ago the society founded the Boat Museum (now the National Waterways Museum) in Ellesmere Port, which it continues to actively support.

The Society now owns just one of the historic vessels at the museum: the horse drawn tar boat Gifford, which is looked after and operated by WMS members.  All the other craft have been handed over to the Canal & River Trust for their ongoing maintenance and preservation.

Whilst members' financial support is essential in enabling the Society to continue its work, it also likes to welcome individuals who may be interested in becoming more actively involved in the work of the society - for example, by being involved in its governance, or representing its interest on external bodies involved with waterways.
----------

After finishing her working life in 1963, Gifford fell into disrepair and was rescued by a group of waterways enthusiasts who formed themselves into a society, with the aim of establishing a Museum to preserve and protect historic boats, artefacts and to keep alive the skills and history of Britain’s inland waterways.  Gifford was one of the first boats in the collection and was displayed at The Boat Museum (now the National Waterways Museum) when it opened in 1976.  Gifford is owned, operated and preserved by The Waterways Museum Society and remains on display at the National Waterways Museum in Ellesmere Port.

Gifford’s initial restoration was undertaken by Malcolm Webster at Malkins Bank on the Trent and Mersey Canal.  Gifford’s condition is monitored constantly, and preservation/restoration work is undertaken, as and when required, by professional boatbuilders and paid for by the Society.  Society members take Gifford to events in order to demonstrate and keep alive the skills of operating a working boat, both horse drawn and paired with a motor boat, and attend to day to day maintenance.

In 2018/19, restoration work was undertaken by Adrian Polglase, and his team, at Alvecote, Staffordshire.