The long-term aim is to restore her to full MCA certification and put her back into service for the benefit of future generations. OAKDALE’s return to Runcorn and Merseyside will be under a number of guises; Rigged traditionally to reflect her sailing heritage and turn her into a worthy floating classroom and training vessel in partnership with the award winning, sail training charity MAST. Then, as a working exemplar of her class, she’ll be available for charter once more as a 21st Century ready, eco-conscious, cargo carrying vessel.

In order to ensure OAKDALE’s long term future, we have plans for a boatyard near to where she was originally built at Runcorn. The yard will help to preserve the vital traditional boatbuilding skills required for her restoration process through NVQ training for young people in the area. It will also provide a heritage centre to share the associated stories of the humble Mersey Flats and the part they played in the building of maritime commerce in Liverpool and the wider region. 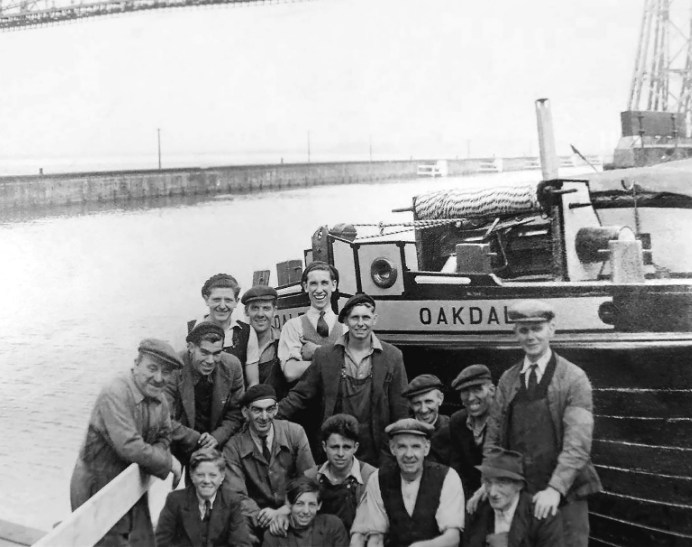 The last remaining seagoing, composite Mersey Flat, OAKDALE is also the last-known surviving commercial seagoing vessel built in Chester. Of all the Mersey Flats built across the region (the local style of vessel once constructed on the Mersey, Weaver, and other local waterways, and across the Northwest), only two now survive: MOSSDALE, built in Northwich but later bought and refitted by Abel’s of Runcorn) is in the hands of the National Waterways Museum at Ellesmere Port; and OAKDALE, beached at Askam-in-Furness and used as a houseboat by her owner and restorer, David Keenan.

The most modern Flats were composite-built, so therefore had steel frames and wooden planking. Later developments led to the invention of motor-engined “Weaver Packets”. In much the same way that we can consider the Weaver Packet as the most modern development of a Mersey Flat, the design being taken to its natural conclusion in those motor vessels, OAKDALE represents the very same level of development along the traditional sailing line and is therefore a vessel of great historical importance. Furthermore, she is one of only five surviving composite vessels in the world (alongside the CITY OF ADELAIDE in Sydney, the CUTTY SARK in London, HMS GANNET in Chatham, and the beached remains of the AMBASSADOR in Chile), making her a craft of international significance.

OAKDALE was the second-to-last Flat ever constructed and was launched at the Castle Rock Yard of Richard Abel & Sons, having been built to the same designs that the firm used back into the 1850s for the many vessels they created for themselves and for other concerns.  She is a sister-ship of the last ever Flat, the RUTH BATE, which has already, sadly, been scrapped. OAKDALE has a rudder that appears to be from an older vessel, as evidenced by it having a rounded top with a decorative notch carved into it which they stopped doing after the 1890s.

Listed on the National Historic Ships Register, Certificate no 2024 and therefore entitled to wear their defaced Red Ensign, shown below. 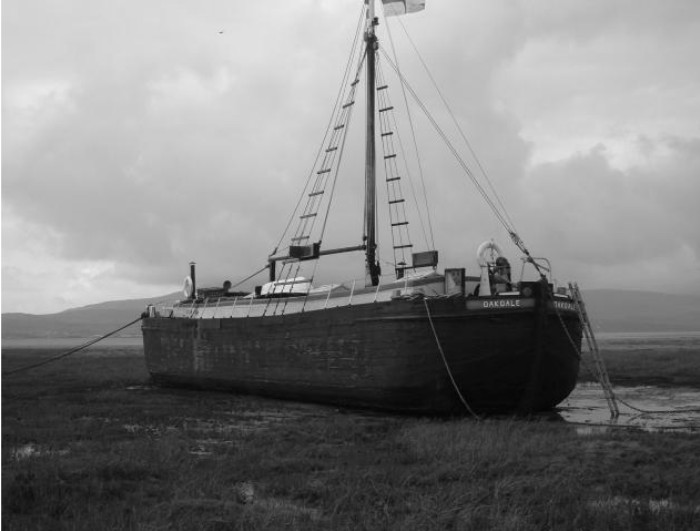 The hands on work at the boat are complimented by actions toward; Securing match-funding for her repairs and a safe, long term location for her restoration at Runcorn, recruiting volunteers and skilled shipwrights and promoting the project in the surrounding communities. 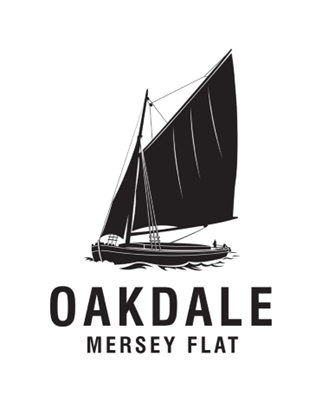