A heritage cargo-passenger ship, included in the National Historic Fleet, SS Shieldhall was built and launched on the Clyde in 1955, to a classic pre-Second World War design.

She had a long and successful first career with Glasgow Corporation – year round, carrying treated sludge out to sea and, in the summer, taking passengers ‘doon the watter’ on pleasure trips. Bought in 1977 by Southern Water she was finally withdrawn from commercial service in 1985 – but saved and purchased for £20,000 in 1988 by the charity that still operates her now.

Today the 2,000 tonne Shieldhall is a  unique seagoing ‘time capsule’. She provides a working example of steamship machinery both above and below deck, typical of the cargo and passenger ships that plied the oceans of the world between the 1870s and 1960s, after which they became all but extinct.

Whilst other heritage ships are held permanently in dry dock, Shieldhall remains active, with a cruise programme that allows passengers to access the engine room with its two impressive 800HP steam engines at work and
the bridge, complete with traditional instruments and gleaming brasswork.
----------
Latest News

March 2020 - Fuelling Shieldhall for the future 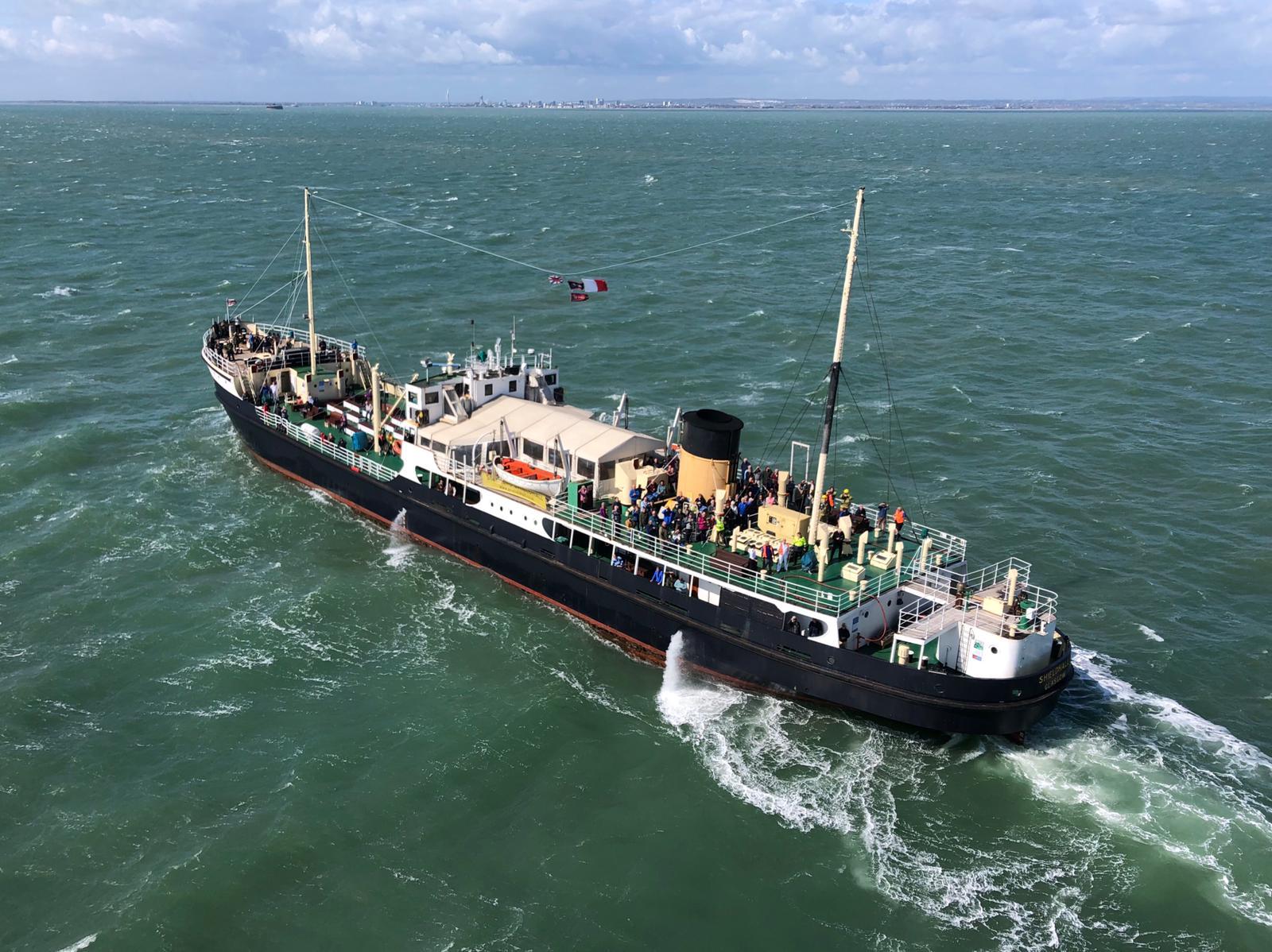 The Solent Steam Packet, owners of Shieldhall, have secured National Lottery Heritage Fund support of £6800 to fund a project enabling the vessel to meet international environmental requirements for exhaust emission.

Based in Southampton, Shieldhall is subject to a limit of 0.1% sulphur in her fuel to minimise the emission of sulphur dioxide.

The project is due to start in March 2020 and will consist of seal welding the rivets in Shieldhall’s fuel tank areas and welding the seams where hull plates overlap. Externally, the “as built” appearance of the hull will be preserved. The main reason for the project is to prevent any seepage of the compliant diesel fuel passing the rivets or plate seams and working its way into the sea.  Full story

April 2019 - Major boost for Steamship Shieldhall
The historic steamship has received a Resilience Grant from the National Lottery Heritage Fund (NLHF) totalling £85,000.  By funding professional help, this will assist its dedicated band of volunteers to explore new revenue streams and ensure the structure of the organisation is best placed to take advantage of future opportunities.  The project will commence this summer and will conclude at the end of December 2020.

Utilising the skills and experience of professionals to critically examine Shieldhall’s current mode of operation and governance, the project will determine if the skills contained within the society’s volunteers are best placed to enable her success story to continue. There will also be an element of training for the ship’s volunteers to increase the capacity to fundraise, and ensure that Shieldhall continues to sail and to provide a steamship experience into the future. Education is also reflected, with local schools participation amongst the initiatives that will derive from the project.

The goal is to keep Shieldhall operational for a good number of years yet to provide a satisfying challenge for future volunteers, to give first hand educational opportunities for young people and also, to allow the population at large to experience and enjoy a voyage from the age of steam.

Shieldhall’s Graham Mackenzie, Project Director, commenting on the award, noted: “We are thrilled to have received this support thanks to National Lottery players and are confident the project will support our volunteers in making Shieldhall sustainable moving forwards. We all feel it is so important for this and future generations to be able to continue to enjoy the magic of ‘Steam at Sea’.

Expressions of interest in working with Shieldhall on the project can be made by emailing inform@ss-shieldhall.co.uk

SS Shieldhall was NHS-UK's first National Flagship in 2009.  This year (which marks her 30th anniversary in current ownership), she has been awarded regional status in recognition of her continual and extensive sailing programme in the Solent area which has seen passenger numbers increase exponentially each year.

Find out more about the SS Shieldhall. 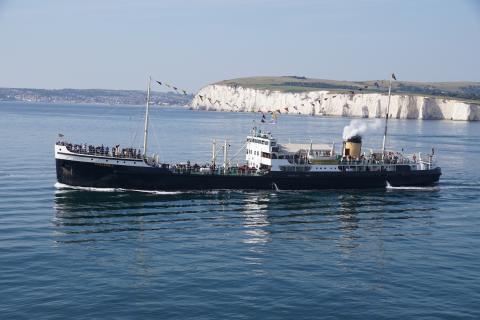