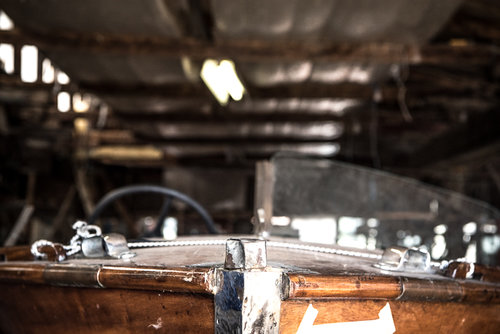 The Woodbridge Boatyard is a traditional boatyard situated on the river Deben in Woodbridge, Suffolk, dating back to 1889.  The yard provides repair, restoration, boatbuilding, moorings and winter storage.

The team are very proud of their long history and are strong advocates for traditional craftmanship and skills, but also embrace new technologies.  Together they take care of all aspects of the mooring and storage, maintenance, repair and restoration of boats and yachts. 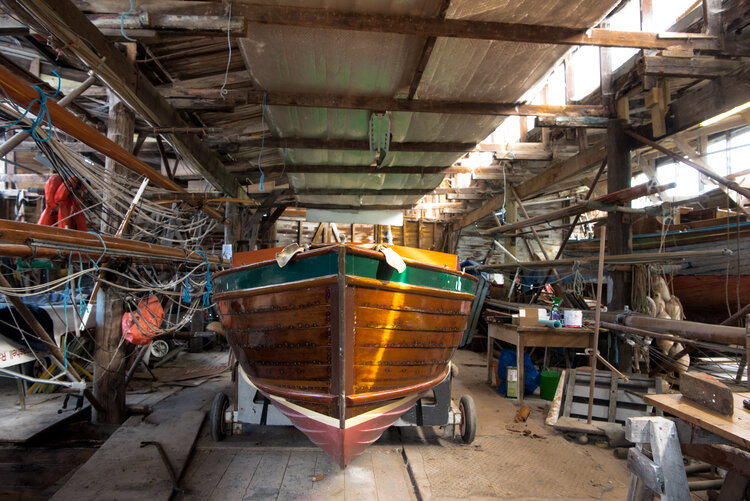 Whether you are looking to caulk a classic, need a custom timber mast, want bright work that will draw a crowd, need electric propulsion experts, or are just looking for a friendly place to keep you boat, they will be very happy to help.

*Works are already underway for the sensitive restoration of the 100+ year old 'Phoenix Works' shed, seen by many as a landmark of the Woodbridge riverfront.

A.A Everson began boat building in Woodbridge at the yard in 1889.  As well as building boats and running the yard, Alfred Everson was also the official Starter and Timekeeper for the Deben Yacht Club from 1889 to 1933, starting many races from the end of the old jetty with a 12 bore shotgun and (usually) blank cartridges.  When his sons, Cyril and Bert, joined him, they became Everson & Sons Ltd. as the yard was called until 2010.

The current boatshed is believed to date from  c.1912, presumably after the original structure burnt down, since it became known as 'Phoenix Works'*.

Indeed some of the charred timbers are visible in the supporting structure.  The reconstruction involved materials from a number of sources including ships spars and telegraph poles.  Although a 'temporary' structure, it has somehow survived two world wars and the 1987 hurricane.

The older brickwork beneath the sea wall level probably was part of buildings associated with the use of the area as a coal yard in the mid-C19th.

The 1939 war brought contracts for building rafts for the Royal Navy to paint their ships from, and enough material was 'liberated' from this project to produce a prototype sailing dinghy, Beaver 1 and then a second version Red Beet (with one less plank) which became the first of the 14ft. Kingfisher class.  A total of 29 Kingfisher dinghies (+ one more in the ‘90s) were produced between 1943 and 1963, and several examples of both Cherub and Kingfisher classes may be seen on the Deben today, still looked after by the yard that built them.  As well as these, there has been a regular flow of small rowing and sailing dinghies produced by the yard throughout its life.

In 1969 the yard passed from the Everson family to Peter Darby, who had a great interest in steam power with his yacht Myra.  A number of yachts were fitted out there from mouldings and equipment on behalf of the Pegasus Yachts Company.  In the ‘90s it then passed to Frank Knights shipyard until 2001, and to a small group of local yachtsmen who continued the tradition of individual care for many traditional and modern yachts, providing moorings, winter storage, maintenance and repair.

From 2010 the name was changed to ‘The Woodbridge Boatyard Ltd.’ to make the business more readily found by search engines on the Internet.

Many improvements were implemented, including replacement of tractors and cranes, installation of a new pontoon for dinghies and dayboats; and refurbishment of the jetty, including a set of pontoons alongside the jetty creating marina-style finger berths for up to ten yachts.

In April 2019, The Woodbridge Boatyard was acquired by Eric Reynolds, Founder of ‘Evolution Yachts’, current Chairman of ‘Save Britain’s Heritage’ and trustee of the National Maritime Museum, the Cutty Sark and the SS Robin Trust.  In the brief time since, many have commented on the buzz of activity around the yard.  Already well known for its high standard of traditional workmanship and friendly atmosphere, the new investment of time, energy and finance is allowing the yard to build upon these traits. 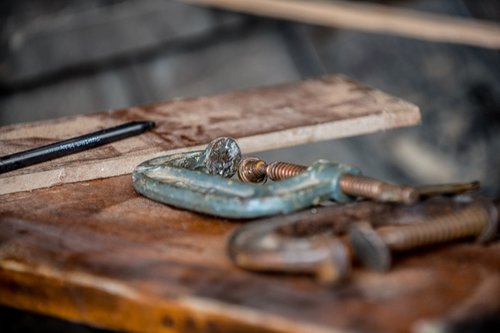 Woodbridge Boat Yard supports the Woodbridge Riverside Trust (WRT), a non-profit community organisation that runs the Longshed, their unique maritime heritage initiative, breathing new life into the heart of the Woodbridge waterfront.  The WRT is one of our Shipshape Network East Projects.

The team also supports the 5th Woodbridge Sea Scouts through discounted winter storage of their boats and they helped to organise the transportation of timber for the Sutton Hoo Ship's Company for the building of their replica ship.
----------
Latest News

August 2020 - a new project to expand the working space at Woodbridge Boat Yard has begun as team welcome new ship at its quay! Full Story 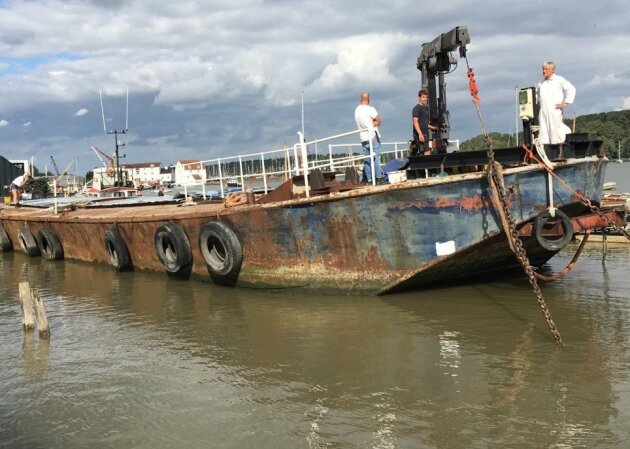 Wherever possible, the team have been rushing to launch vulnerable, often historic, boats not so that their owners can flaunt instructions to stay at home, but as an exercise in damage reduction and historic preservation. Full story

Find out more about The Woodbridge Boat Yard