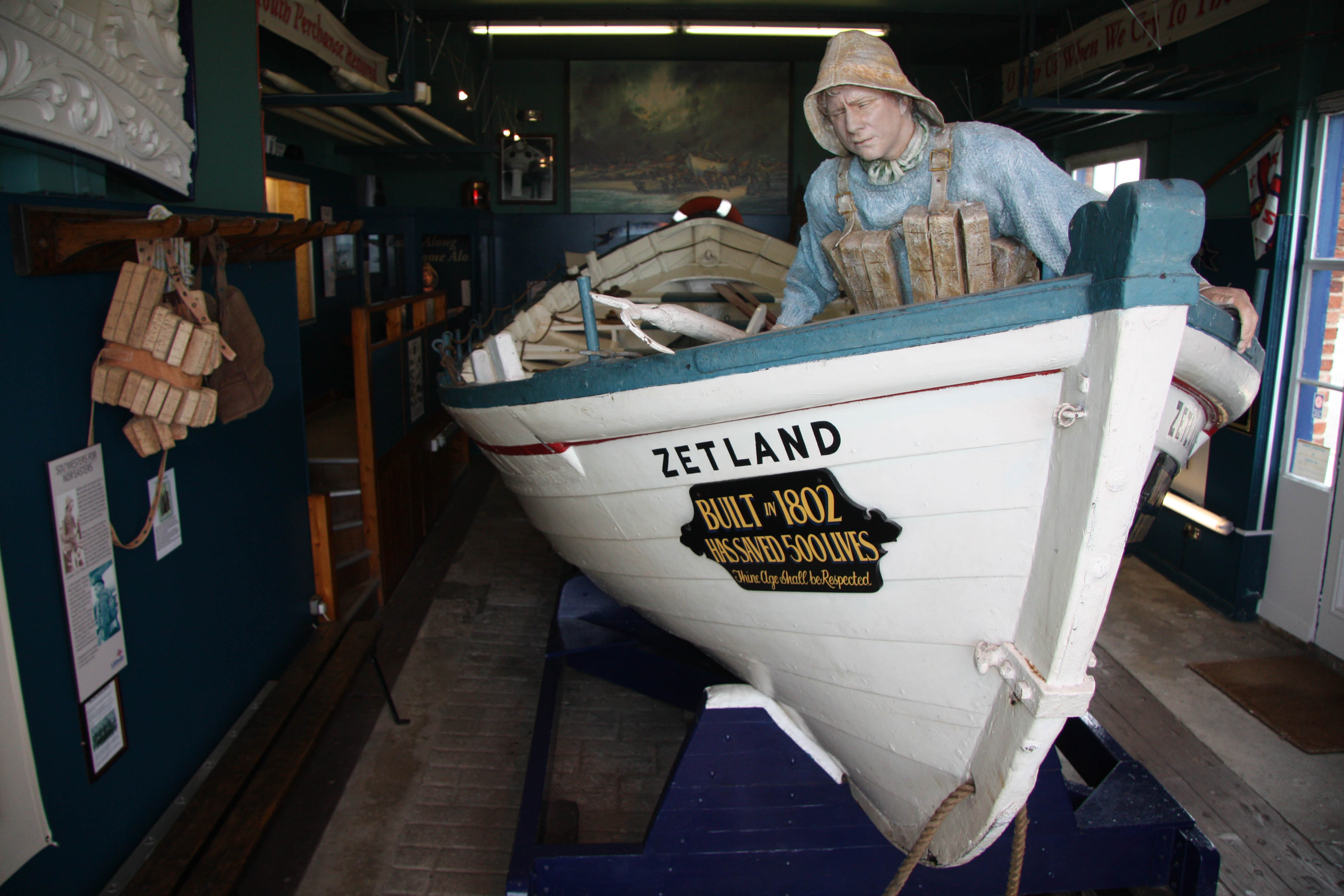 Built in 1802 by Henry Greathead in his South Shields boatyard Zetland is indisputably the oldest surviving lifeboat in the world.  Number 11 of the 31 built by Greathead she was described as “unsubmersible” with 7cwt of cork fitted externally beneath the gunnels and internally from the thwarts to the deck.

Double ended to reduce the need to turn her broadside to the waves and fitted with a “rocker” keel she was one of the first purpose built lifeboats.

Damaged in service in 1823 she returned to her boatyard when the cork was removed & replaced with air boxes fitted internally necessitating the raising of the deck and the freeboard.  Eight relieving tubes to drain away water coming aboard were also installed.

She served in Redcar for78 years and is recorded as saving 502 lives, possibly more as records were not so well kept in those days.

Previously associated with the Tees Bay Lifeboat & Shipwreck Society she was absorbed into the RNLI in 1858 until 1864 when she was considered unfit for service and destined to be broken up much to the ire of the local population.  She was saved when money was raised for her repair with the help of the Zetland family and returned to the people.  She was used as a work boat until eventually laid up on a farm in Marske owned by the Zetland family

Redcar had been gifted in 1877 with a private life boat known as the Emma, together with a boathouse incorporating accommodation.  This fell vacant and in 1907 became the home of the Zetland and eventually the Zetland Lifeboat Museum where she has lain ever since apart from a brief sojourn to Leith in 1963 where she was the centerpiece of the International Lifeboat Conference. 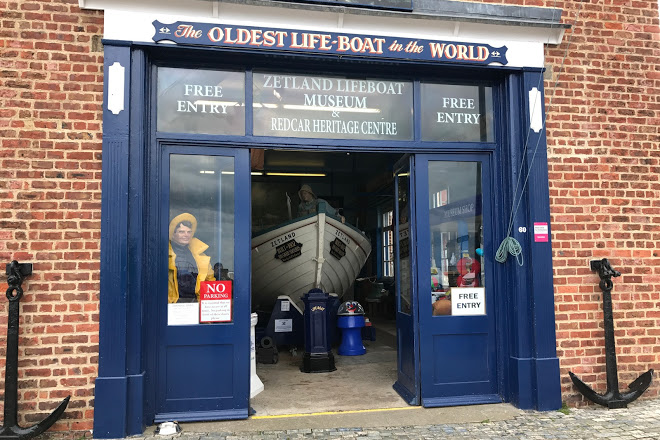 The old boathouse is a Grade 2 listed building and is fully occupied as a Museum displaying the Zetland and her story as well as the mainly maritime history of the town, its lifeboats, its fishing heritage and its characters.

It was apparent that the Zetland was in need of attention as time, that merciless beast, was beginning to catch up with her.  Surveys were commissioned and reports produced showing possible problems & work required.  Attempts were made to obtain funding, but as these came to naught the volunteers at the museum set to and raised the funds by their own endeavours.

It was always the team's intention that this was to be a preservation project rather than a restoration.  Every effort was made to preserve the historic integrity of Zetland wherever possible.  They like to think that over 95% of the vessel that left the building came back to the building.

The external painting was removed by a glass blasting process which allowed a clear view of the remarkably sound hull and identified the areas where work was needed. They engaged the services of a traditional wooden boat builder/repairer who was able to cut out and replace small areas of rot and replace a curved bilge keel using his traditional skills (including steaming).

The major problem was under the decking where the softwood air boxes, added in 1823, had rotted badly and caused damage.  This was removed and the deck supports repaired to support the main deck boards which were placed back in position.

The interior of the hull had been coated in a thick pitch which was left undisturbed.

Externally the hull was given treatment with preservatives, metal work was coated with metal primer and the whole then repainted with specialist paint.