THE EARL AND COUNTESS HOWE was an Oakley Twin Screw motor lifeboat built in 1963 and was the prototype of the class designed by Richard Oakley. Five were built but in the late 1980s the Oakleys were prone to serious hull deterioration caused by electrolysis resulting from the water ballast system combining with the aluminium alloy construction of the inner bottom. THE EARL AND COUNTESS HOWE was the only boat of her class built with an open stern cockpit and was displayed at Poole for many years before being broken up in 2004 as being beyond economic repair. 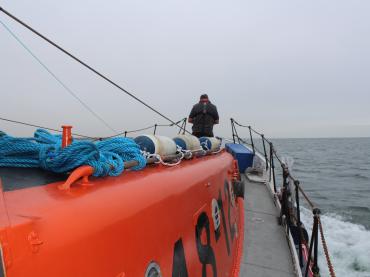 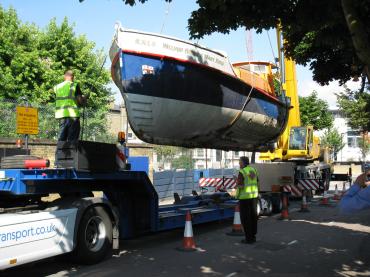