LMS 5765 was originally built as 2 separate boats, Ocean (Fleet No 57) and Rat (Fleet No 65), for the London Midland and Scottish Railway Company, part of a batch of 44 un-cabined day boats, or Station boats, built by Yarwoods to replace some of the existing wooden boats.

Rat was launched on 10 November 1928 and left Northwich behind an unknown FMC boat on the 15 November, while Ocean was launched on 16 November 1928 and taken away by another FMC boat on 21 November. Both boats were taken to Birmingham, where Ocean was gauged first on 5 December 1928, gaining the BCN number of 1450, and Rat was gauged on 4 January 1929, gaining the BCN number of 1460.

Both boats remained in service as station boats throughout their careers, passing from LMS to British Railways in 1948 and continuing rail interchange until 1954 when British Railways ceased canal operation and disposed of all their boats to the British Waterways.

The boats went into maintenance service under British Waterways (with Rat being noted at Northwich in 1972) until they were both sold to Alan Picken on 21 February 1974. Alan Picken cut both boats in half, turning the for'ends into small motor tugs and melded the sterns together to create a double-ended vessel he named Sabrina, powered by a water jet unit suitable to carry out trips on the Coombe Hill Canal in Gloucester. Sabrina was sold in 1983 to a man who purchased her to lease the boat out to the Hudersfield Canal Society. The Hudersfield Canal Society re-named her Benjamin Outram and she was craned in at Uppermill on the Hudersfield Canal on 3 April 1984, where it was noted she weighed 12 tonnes and suffered an engine failure on her maiden voyage that necessitated her being bowhauled back to base. She suffered engine problems regularly and was often bowhauled or horse drawn.

In 1985 she was purchased outright by the Hudersfield Canal Society. On 23 and 27 May 1988 she was 'set dressed' as a cargo boat and horse drawn by Tanner during filming for "First of the summer wine". Engine trouble plagued her still and Tanner was regularly brought in to tow her during her trips, and in 1991 she was sold into private ownership and renamed Benjamin Outram's Ocean Rat. In 1994 she was taken to Worsley dry dock and given a quasi-conventional motor counter, and fitted with a BMC engine. She remain in Worsley but periodically sank, and her owner regularly borrowed a pump to raise her. Eventually, when waterways started pursuing then her owner, he gave the boat to the man from whom he was borrowing the pump. The boat was stripped of her engine and was sold in September 2004, and made her way to Runcorn where she was fitted out as a house boat and renamed Nora Cate. The vessel was allowed to deteriorate and, following the death of her owner in 2017, was sold to her present owners on 3 March 2018. Her fit out was stripped and she was promptly put into cargo service carrying coal. She is now serving once more as a cargo vessel, utilising the methods once commonly practiced by double ended boats that are all but forgotten due to the demise of such vessels. Her double ended capability allows her the fastest turn around of all carrying boats. 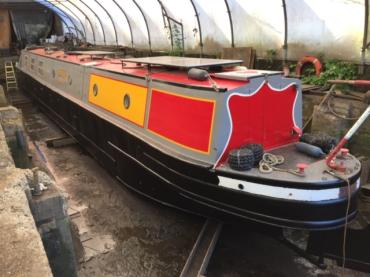 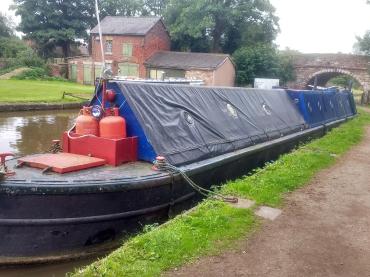 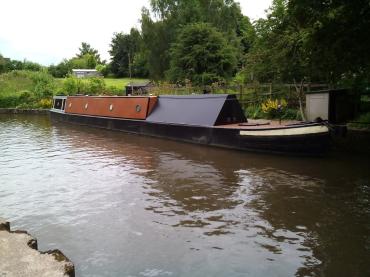