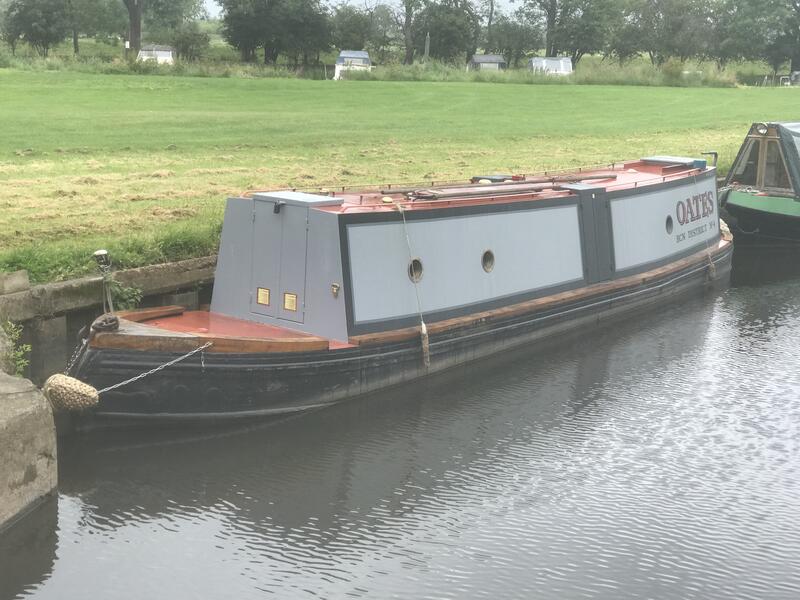 The Birmingham Canal Navigations Company built a small fleet of six iron ice boats between c.1830 and 1860. No specific records exist this early regarding the boats, however evidence generally suggests that Oates (originally named Esquimaux) was built later than Laplander and Antartic and is contemporary with Baltic and Ross. This is due to the size of the rolled iron plate (wider than the earlier boats) and backwards extrapolation of valuations from the BCN statement of accounts from the 1880s onwards.

Its appearance on the 1858 BCN boat list places a latest possible build date (Empress is not present and can reasonably be inferred to date from after 1860). OATES is next recorded in the continuation BCN boat book starting from 1876. The books are continuous until nationalisation and record repairs etc. OATES was continuously recorded as being based in District No.4. A new wooden ice boat built by the BCN in 1898 was also named Esquimaux so from this date they are suffixed 'iron' and 'wood' to differentiate them.

During the replacement of the wooden gunwhale in 1940,  ESQUIMAUX (iron) was re-named OATES (contemporary new wooden boats were named Scott and Wilson). Post-nationalisation, a plan dating from c.1952 shows OATES as working between Windmill End Junction and Gosty Hill. Pre-nationalisation, this was part of District No.4 so it is likely that Oates worked the same route throughout its working life. Oates last worked in the winter of 1962/3 during the extended winter which eventually ended canal traffic. The ice boats were then redundant so were brought to Bradley and abandoned. Like many of the other ice boats, OATES was bought by Alan Picken c.1970 and taken to Stoke Prior. It was then converted with a cabin and an engine and used as a leisure boat, first by Geoff Holloway and his brother, then sold c.1980 to John Fowler, who installed the present engine c.1997.

OATES was then sold to Clive and Doreen Wainwright in 1998. Following Clive's death in 2016, OATES was sold by Doreen in 2018 to Adam Walker who took it to Redhill Marina and renewed the cabin.

Adam sold her to Alec and Marta Gunner in September 2021. OATES retains its original hull at full length below the water line and at full height through 80% of its length (the stern having been altered for the engine). Minor repairs have been conducted throughout its service life - first whilst still in service as rivetted patches, latterly let in welded steel where necessary.

OATES still has wooden gunwhales (renewed) and its original forged wrought iron towing hook, a distinctive feature of BCN ice boats. The historic significance of OATES is both of itself as an early example of a surviving iron hull, showing construction methods at a time when these were still largely experimental. It also has a high level of significance in the context of the other BCN ice boats (all except Empress being still known). This sequence shows the development of thinking around optimum dimensions and bow shape. 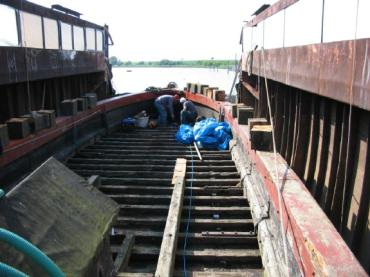 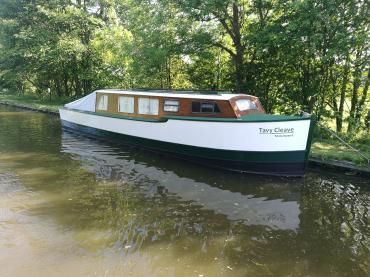