About The Golden Hinde 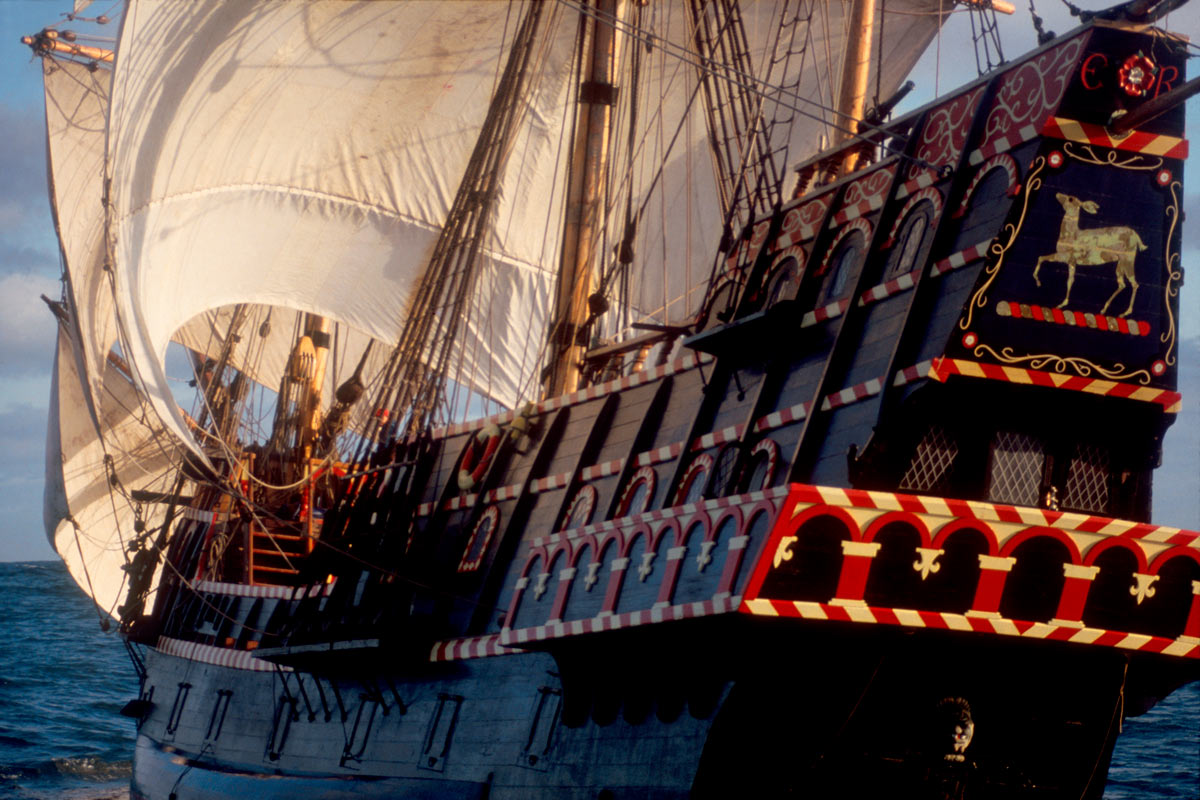 The original Golden Hinde was the first maritime museum and on display in Deptford, London for almost 70 years before she was broken up.  The replica was built in Appledore, Torridge, using traditional skills and has spent most of her life being on show to the public.  Like the original ship, she has also circumnavigated the globe.

Since the launch in 1973, The Golden Hinde has sailed over 100,000 miles, with a full circumnavigation, and two more Atlantic crossings to its name.  In 2017, knowing that the necessity of a major conservation project was looming, a full survey was commissioned and the marine surveyor confirmed that the ship was a solid build and it would last well into the future, providing a rigorous routine of regular conservation work was adopted.

The team's plan is to replace "like for like", returning Golden Hinde to the condition when launched.  This results in tasks taking longer and costing more, but with such a stout little ship displacing 300 tons, anything less would be an insult.

They anticipate the refit taking a further two years and thereafter there will be an ongoing plan to conserve her into the future.  The anticipated total cost is around £1.5million.

In addition to the refit, the team are poised ready to build a new visitor centre in the dock.  This will enable them to expand their educational activities and also to create a collection of Drake artefacts to have on show.

The challenge has been to carry out the refit whilst still being open to the public.  As a totally self-funded operation, it is vital the team carry on delivering the educational programmes and being open to the general public.  The vast majority of costs have been covered by operational income, and they have managed to cover the shortfall so far from other internal sources.

Other challenges have been finding skilled shipwrights prepared to live and work in London and to create a fully functioning wooden boatyard beneath the ship.  Although these took almost a year and half, the refit is well underway with a team of 7 shipwrights at work.  In March 2017, Toby Millinder joined the team as head shipwright and has been working with this small but skilled team, carrying out the work whilst the ship remains open to the public – no mean feat!

The water in the dock was drained to enable the team full access to every part of the ship in need of their attention.  The work list is long and varied, calling mainly on the shipwright and riggers skills. 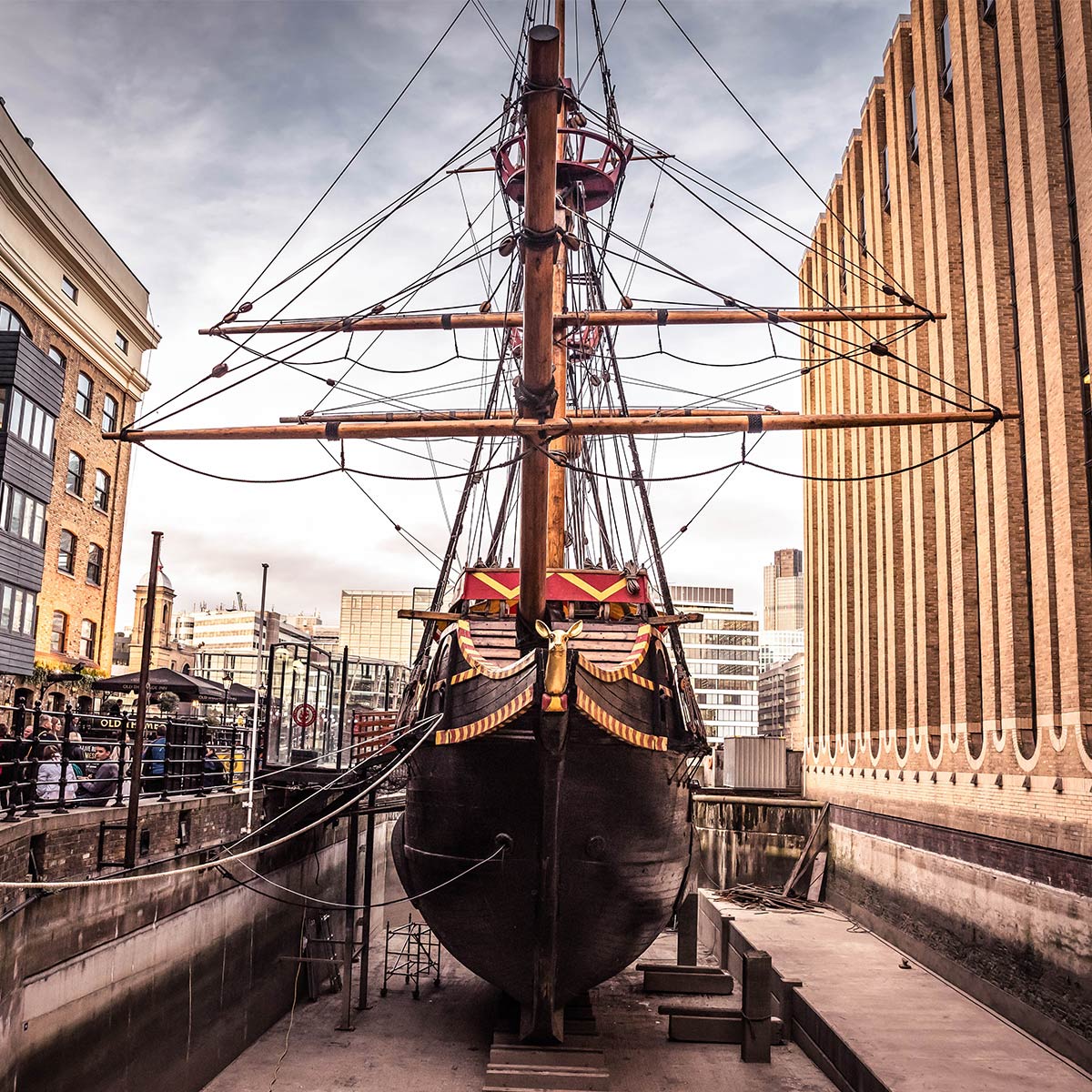 The team offer a range of school educational programmes including Living History experiences.  Covering an array of topics from Drake's circumnavigation to the Spanish Armada, their 1-hour programmes and longer workshops explore the history of The Golden Hinde for KS1 - KS4.  Find out more here.

Find out more about The Golden Hinde here.

Find out more about our UK Replica List here.

February 2022 Conservation work has begun to bring back the Golden Hinde to its full glory. Full story.

April 2021 £29,000 has been awarded from the second round of the Government's Culture Recovery Fund.