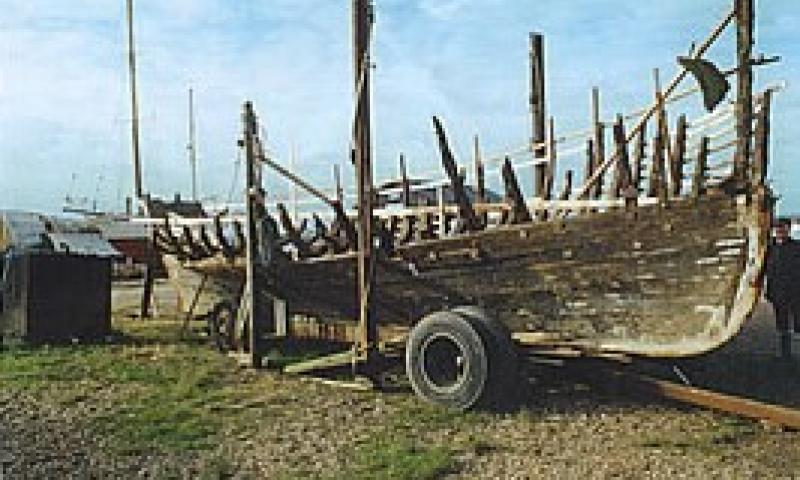 ABC is a fishing smack, built 1894 by Robert Aldous, Brightlingsea and registered as CK53. She operated mainly in the area where she was built in the ownership of the Barbrook family and was named after three of the sons - Arthur, Bert and Charlie. In 1937, she was sold to Arthur Hempstead and taken out of fishing. Two years later, she was laid ashore on the edge of Feldy Marsh, opposite West Mersea. The first winter there saw her surrounded by ice and damage to her wooden hull caused her to sink. In 1997, a local resident conceived the idea of raising her as a restoration project. She was dug out of the mud and towed to a nearby yard for the work to take place.