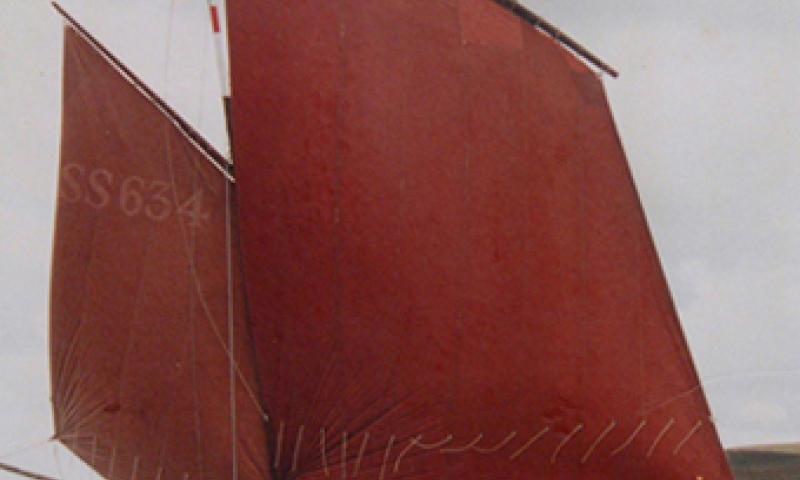 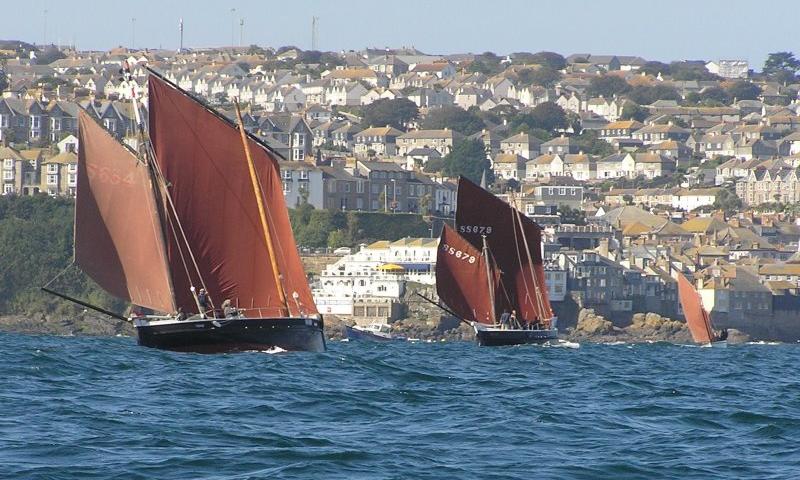 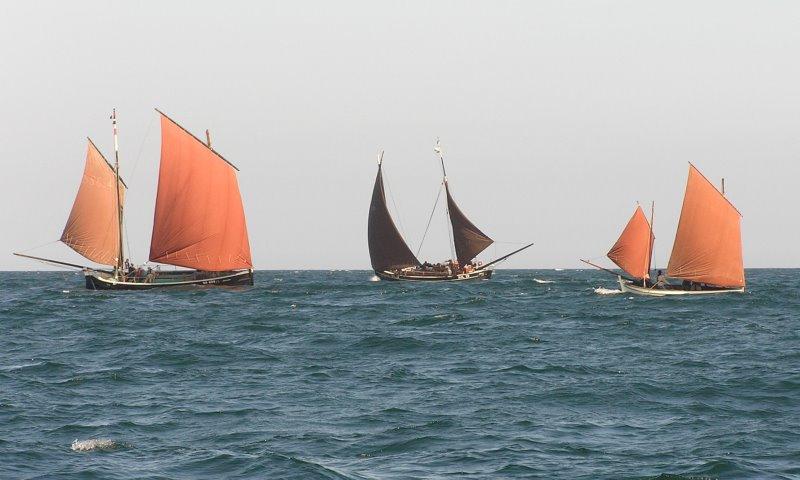 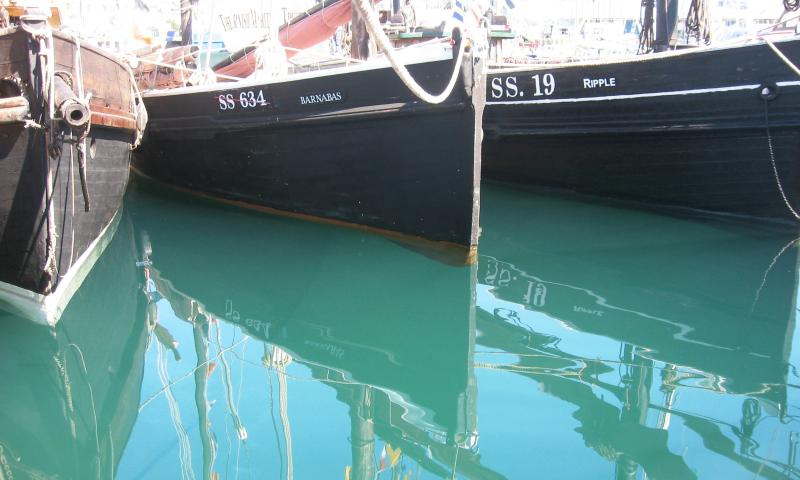 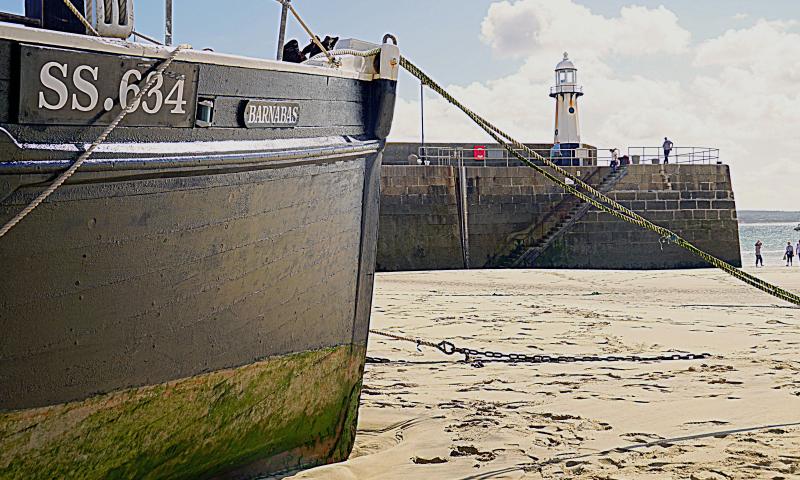 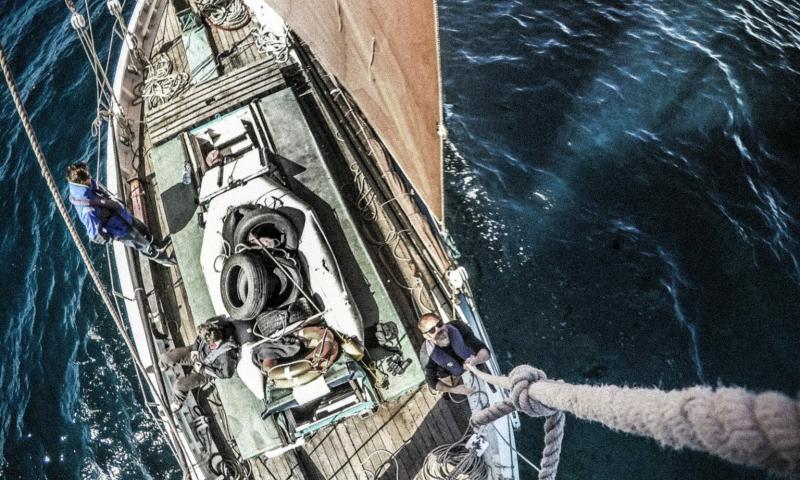 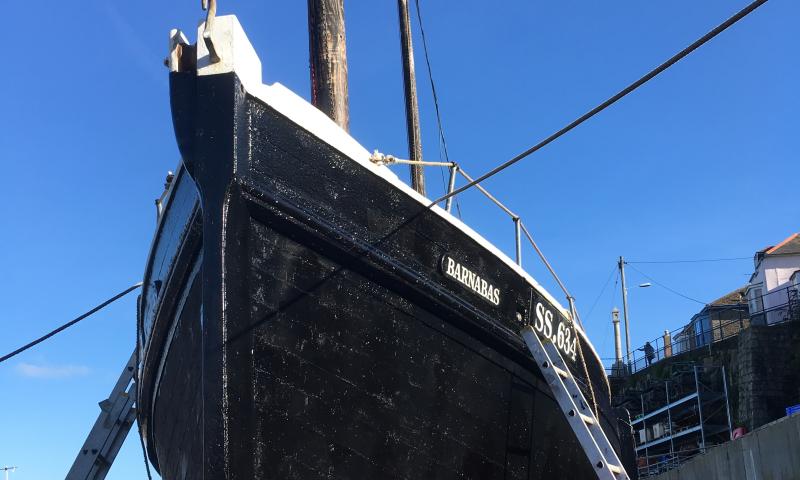 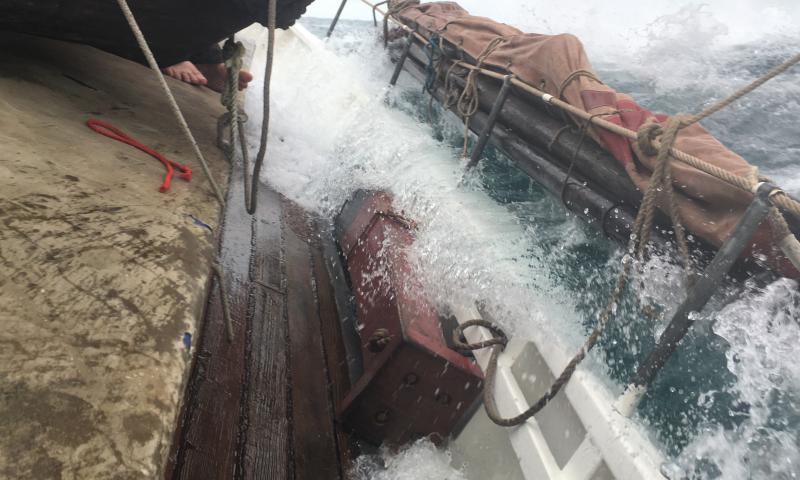 Built as a dipping lug-rigged pilchard driver in 1881 by Henry Trevorrow at Porthwidden Beach, St Ives, BARNABAS is now owned by the Cornish Maritime Trust. She has the pointed stern that was a characteristic of the West Cornwall luggers. Her original owner was Barnabas Thomas who registered her as a second class pilchard boat (634 SS) on 28 October 1881. Later she was registered as a first class mackerel driver (so called because the boat was driven by the effect of the tide on her nets), and her number changed to SS 634. The number is said to have been chosen because it corresponds to the hymn ‘Will Your Anchor Hold’ in the Methodist hymn book. Her year began in March, fishing for mackerel – sometimes as far west as the Isles of Scilly, and in mid-summer she switched to herring in the Irish Sea, often fishing off Howth, near Dublin. Her crew of five men and a boy all ate and slept in the cramped foc’sle. The drift nets were shot at night.

In 1917 BARNABAS had a 26hp petrol/paraffin engine installed. Shecontinued to fish fromStIves until1954, and was then sold and converted to a yacht, kept in Falmouth. By 1980 BARNABAS was in the hands of the Maritime Trust who restored her in 1985, thanks to the generosity of Peter Cadbury, whose family had owned her in the 1950s. In 1994 the Cornish Maritime Trust bought her from the Maritime Trust for £1, and in 1996 a new engine was fitted, but by 2001 she was unseaworthy. An extensive full restoration started in 2005 with the aid of a £159,600 grant from the Heritage Lottery Fund. BARNABAS was re-launched with a new engine in July 2006, and is sailed by the Cornish Maritime Trust from her base in Mousehole harbour.

In 2015 she completed a round Britain circumnavigation that commemorated the traditional fishing voyages of fishermen from the days of sail.  She visited the many ports that working women would have walked between, following the boats and processing the catches that they landed.  BARNABAS sailed up the Irish Sea, visiting the Isle of Man and ports in Ireland and the West of Scotland, before taking passage through the Caledonian Canal to Inverness.  She reached Orkney, Fair Isle and Lerwick in Shetland, before returning down the east coast and back to Newlyn, Cornwall.

BARNABAS was in the news in 2020 for transporting some sail cargo on the last leg of its voyage from Portugal and the Caribbean: in November the Trust delayed their winter decommissioning in order to trans-ship cargo from Penzance and take it to consumers in Falmouth.  This was not a commercial venture, rather they wanted to raise awareness of the possibilities of sail transport and the benefits of buying sustainably produced and transported produce.  BBC Radio Cornwall, Spotlight and local newspapers featured the event and the questions it raises over sustainable transport.