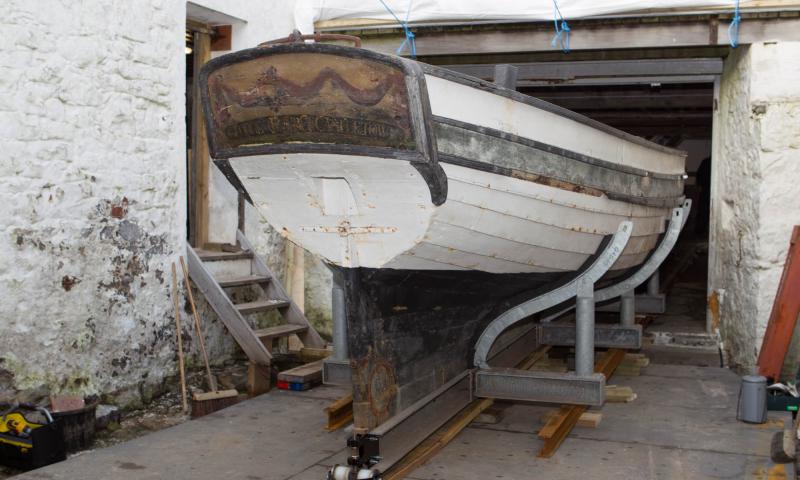 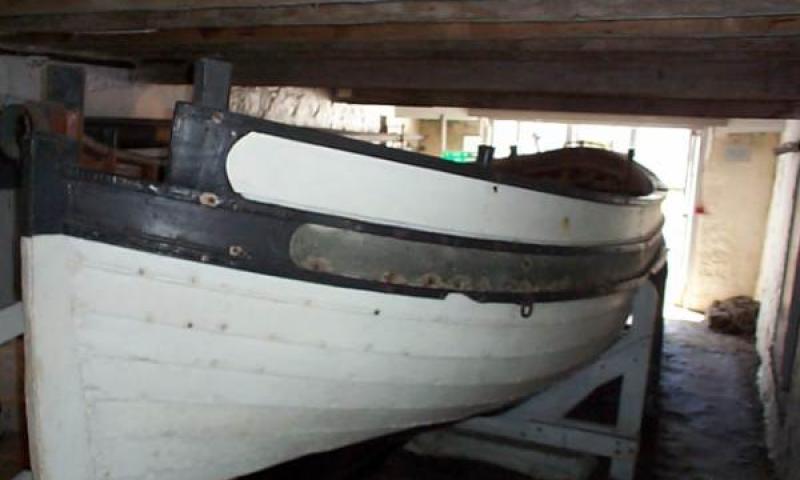 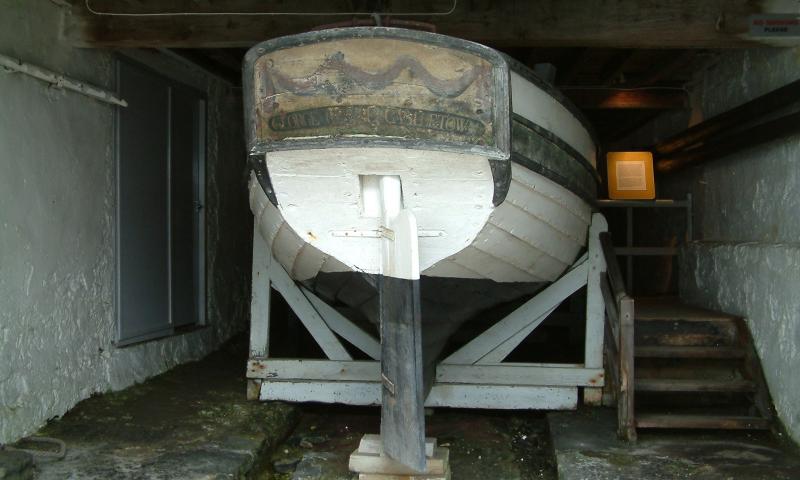 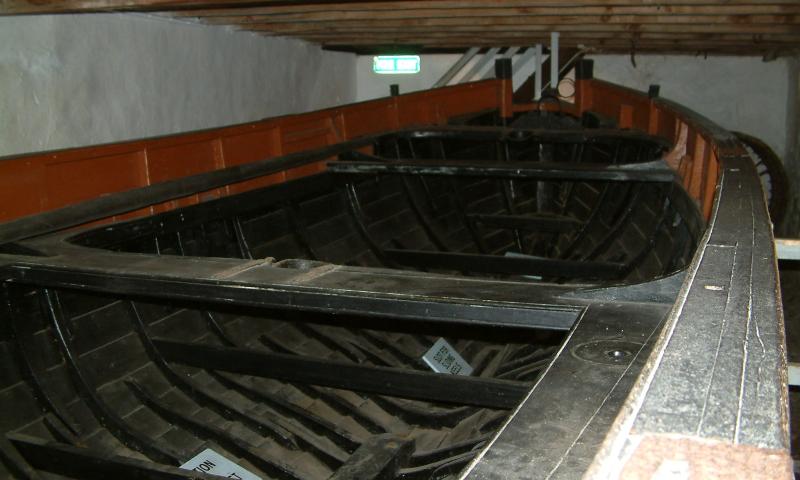 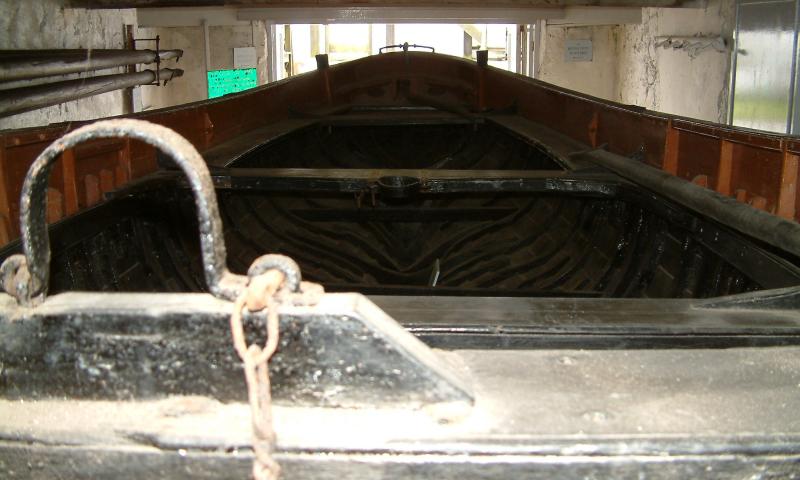 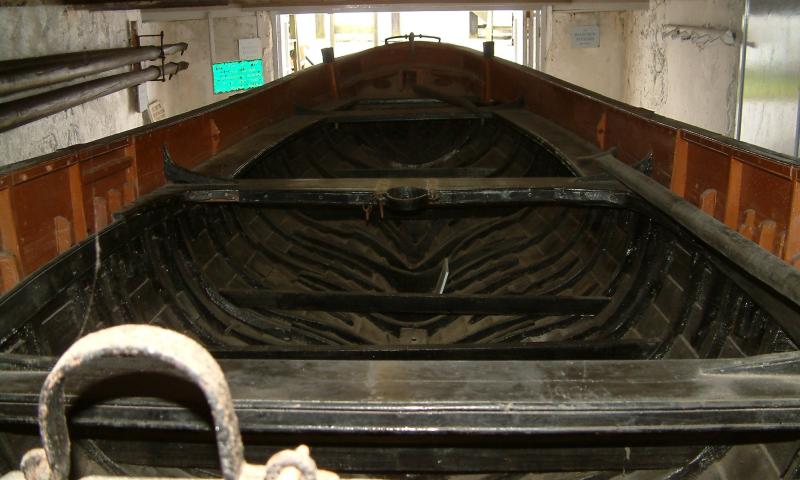 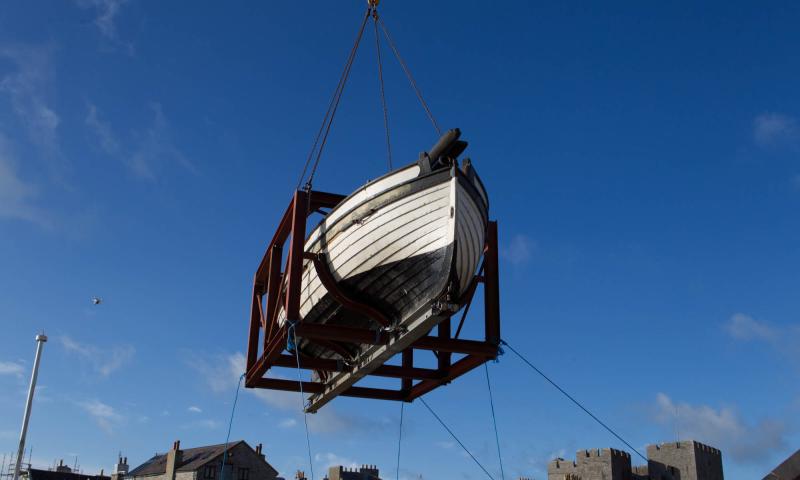 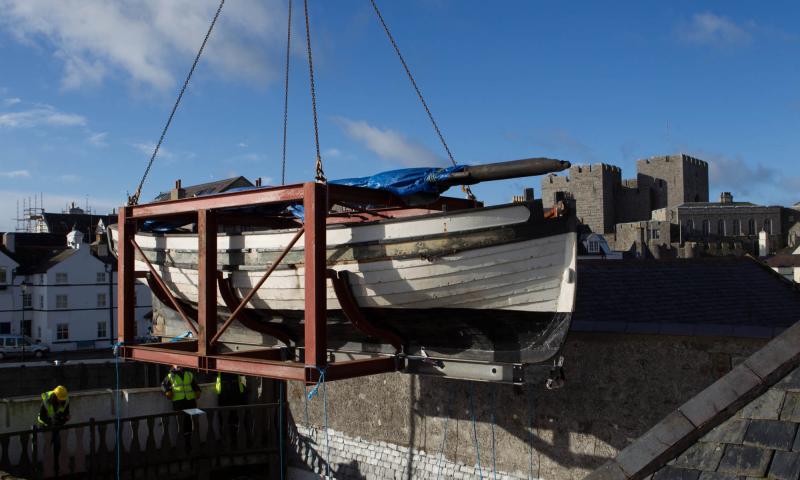 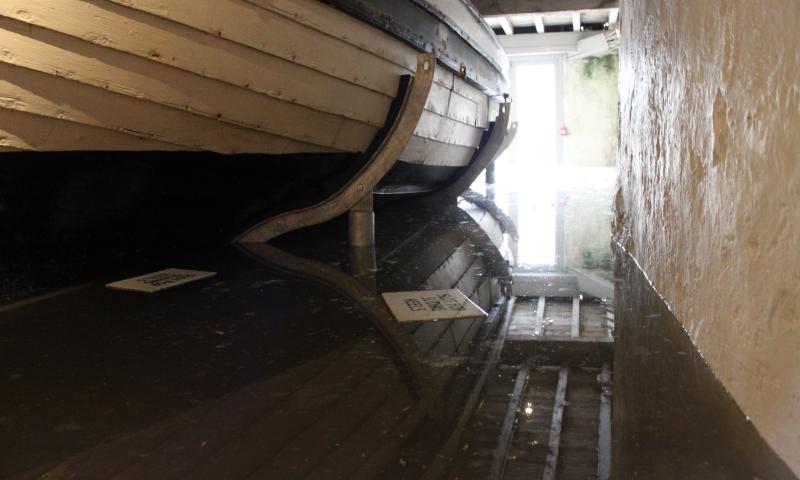 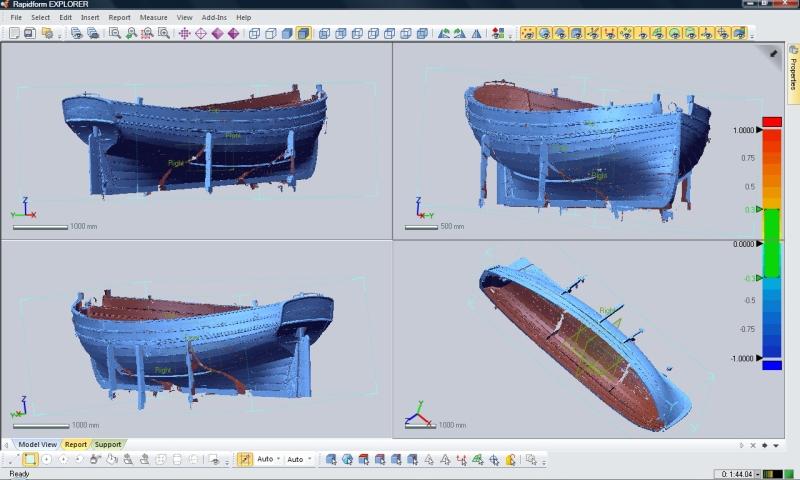 PEGGY is a vessel that evokes a period at the forefront of Britain’s maritime history. Given her provenance, age and the fact that the majority of her original structure has survived, PEGGY must be viewed as a unique source of information pertaining to small vessel structure and form of the late 18th century. Furthermore, vessels built during this period would have been entirely hand formed.

From the conversion of the felled tree to the launch of the boat, hand-tools dominated, yet it was a time of great impending change with the dawning of the industrial revolution. While some alteration and repairs were carried out on the vessel, she is predominantely original. Her mixed usage too, cargo and passenger carrying, fishing, and experimental in the context of sliding keels, is relevent and is supported by documentary evidence. PEGGY is one of very few 18th century wooden boats that have survived to the present time. Contempories would be the French Admiral's barge of c.1796, known as the Bantry Boat, the vessel used as the model for the Atlantic Challenge gigs. In the UK, the closest associated small vessel in age would probably be the ZETLAND, the oldest lifeboat, of 1803. Another would be the late 18th century clinker pulling and lug sail boat, known as the GREEN BOAT. Formerly owned by Lord Newborough and now in the collection of Merseyside Maritime Museum she is of similar vintage and largely unknown but, like PEGGY, a unique survivor. These vessels, each formed of wood yet very different in their structures and usages, share a common trait. They have each survived either through chance, by being largely ignored and stored indoors for most of their existance, or by being appreciated for what they were and, in consequence, cared for. They are collectively rare examples of everyday functional vessels of their time that are now individual unique representations of small wooden boatbuilding at the beginning of the industrial revolution. PEGGY is still in the locality where she was built and sailed.

She is unique – a rare surviving example of a small well built wooden vessel from an era when plans were seldom, if ever, drawn of such vessels. This makes her existence even more valuable in a maritime technology context. The fact also that PEGGY was used in an experimental context as a ‘test bed’ for sliding keels has considerable significance, particularly when considering that the inventor, Capt Shank, was in contact with the Quayle family and expressed admiration for George Quayle’s understanding of the principles involved. The now common centreboards used in most small and medium sailboats are testament to the original idea and its linkage to PEGGY.

This vessel is listed on the National Small Boat Register https://nmmc.co.uk/explore/databases/  being under 33 feet in length overall.  Her record is also held by NHS-UK as a vessel which has been awarded the status of inclusion in the National Historic Fleet, being considered of pre-eminent significance and meeting all criteria for the Fleet other than length.

PEGGY is a clinker-built open vessel with fitted sawn frames. She was built for George Quayle of Castletown, Isle of Man, in the form of a small working boat with six oar holes and was schooner rigged with a bowsprit. She was one of three similar vessels built for the Quayle family between 1789 and 1793. There was some confusion over which of these vessels survives today, not least because two of them were named PEGGY, one referred to as ‘new Peggy’, and the third was named NEPTUNE.

Her first owner, Captain George Quayle (1751-1835) was a member of the House of Keys for 51 years and, during the wars with France from 1793, he was an officer in successive Manx forces raised for Island defence. He was co-founder of the earliest bank in the Isle of Man and also an enthusiastic inventor and traveller.

PEGGY was discovered in 1935 in a walled up cellar in Castletown. This was built for her by Captain Quayle and she lay there more than 150 years. In 1941, when the Bridge House was sold by the Quayles, PEGGY was presented to the Manx Museum together with the boathouse. The museum was opened in 1951. At some point, the cellar entrance through which PEGGY used to pass into the harbour was walled in.

Upon her discovery, PEGGY caused considerable interest among maritime historians. She was surveyed, measured and plans were drawn by Naval Architect P.J. Oke on behalf of The Society of Nautical Research. PEGGY and all related documents were examined in detail in 1967 by Doctor Basil Greenhill, then Director of the National Maritime Museum, as part of his investigation into the vessel’s provenance. The resultant paper, published in 'Mariner’s Mirror', is the most accurate and thorough assessment of the vessel. He concluded that the existing PEGGY is the one built in 1791.

It is likely that PEGGY was one of the first vessels to be fitted with ‘sliding keels’, the forerunners of the centreboard. Three in number were fitted through her keel. An enthusiastic letter to George Quayle from his brother Thomas in the summer of 1791 has survived and discusses a meeting he had with the sliding keels inventor, Captain (later Admiral) Shank. While the vessel’s present keel is not original and is not formed to have sliding keels, the original keel, with three sliding keel slots, has survived and is stored in the loft room of the boathouse.

There is evidence of extensive early alteration to PEGGY’S structure. A portion of the gunwale was largely removed and an additional strake, topped with a new gunwale, was fitted. The six oar-ports were plugged and the five original thwarts were removed and replaced with three new thwarts, at a higher level to suit the extra strake, but in different positions to the originals. The transom was likewise altered and increased in height. Alterations were also made to frames and floors. Greenhill suggested that the combination of alterations turned a relatively light, fast, pulling boat into a heavy, pure, sailing one.

Further structural repair work was carried out during the late 1940s when PEGGY was repaired by local craftsmen. This involved the replacement of the keel, stem post and two planks, all of which were damaged when she lay on her starboard side. She was placed in a support cradle in advance of the museum opening to the public in 1951.

PEGGY’s form and rig are contemporary with similar shaped vessels of the late 18th century, used in Manx waters and the Irish Sea as well as on the eastern seaboard of the USA, north of Boston. Craft similar to PEGGY were used by Captain Cook’s ships RESOLUTION and ADVENTURE. PEGGY had a relatively mixed usage. A record exists for 1796 when she attended a regatta on Lake Windermere and took part in races on the lake. She also visited Liverpool on family business, sometimes with passengers and cargo – on one occasion carrying a phaeton - and even smuggling French brandy. However, there is some doubt about her cargo carrying capacity. Greenhill commented that if PEGGY were fitted with the raising and lowering gear for three sliding keels there would be little space for cargo. There is also evidence that at one stage she was armed and she is currently equipped with eight cannon - six 1 foot long, mounted three a side and two slightly longer as stern chasers.