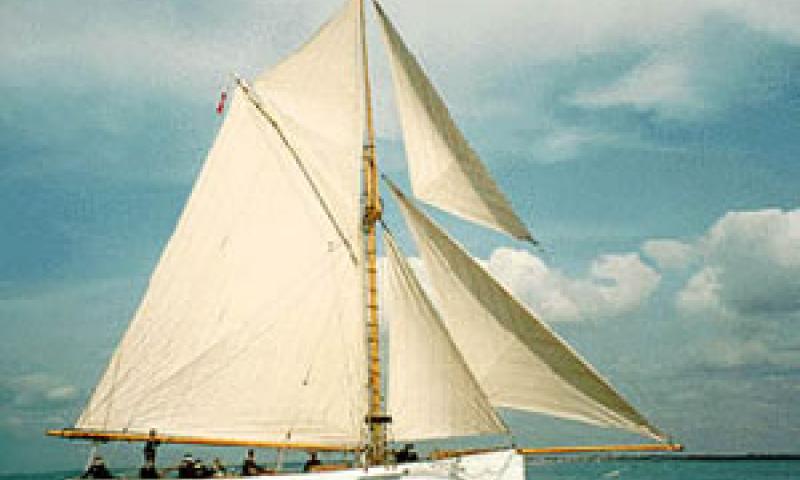 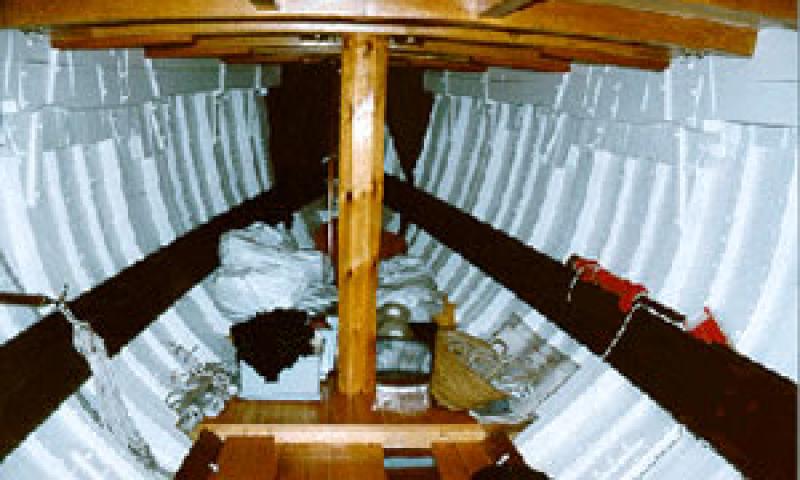 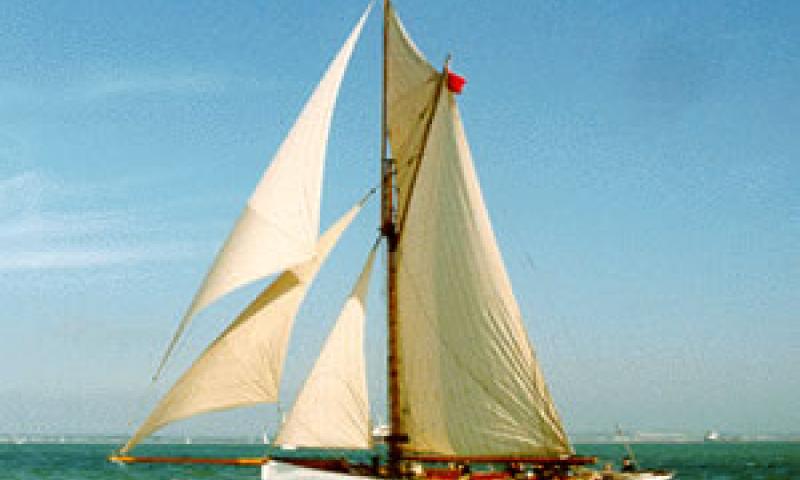 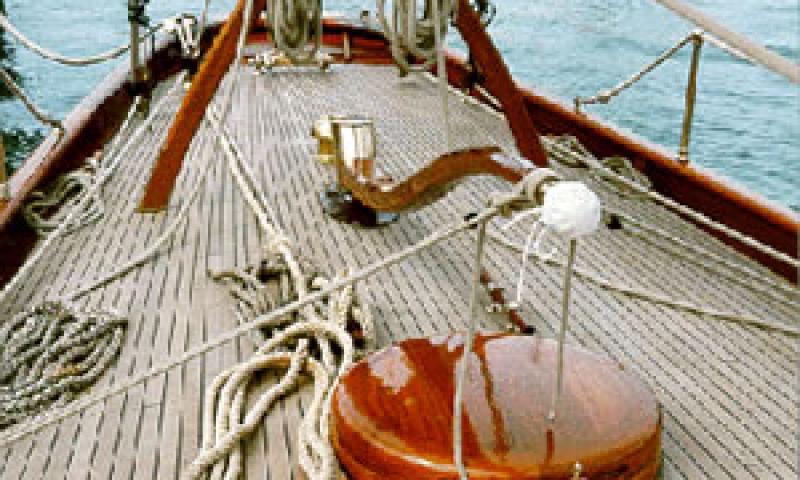 PATRIDGE was built by Camper & Nicolson at Gosport in 1885, designed by J Beaver Webb. She was designed by J Beaver Webb and launched on 2 June 1885 by Miss Nora Lapthorn. Nora Lapthorn was the daughter of Edwin Lapthorn who was in charge of the Raysey and Lathorn sail loft in Gosport. In 1991 PARTRIDGE was moved to Groves and Gutteridge at Cowes. Patterns were made for the gear and cast at Wessex Castings Techniques. Henry Spencer made the running rigging from galvanised steel and 72 blocks were made by Nick Smith at Ryde. She had a Lister Alpha engine 4cy producing 40hp installed, built in 1997. She took to the water again in May 1998. The hull had been originally spotted lying at Tollesbury on the River Blackwater in 1980. The vessel was then lifted onto a low loader and transported to Shalfleet on the Isle of Wight. All that was known of her history was that the vessel has once been called TANAGRA. In Lloyds Register of 1923 a yacht of similar length and tonnage was found to be at Tollesbury. The original name was given as PARTRIDGE, built at Camper & Nicolson in Gosport. The records at Lloyds included the yacht's first entry certificate. This gave a full specification of her construction materials and scantlings, plus midships section stamped by the Lloyd's surveyor's officer in Southampton showing lead keel, floors, planking, bilge stringers, shelf, deck beams and deck. The full-length keelson featured in the plans had also been recovered from the mud.