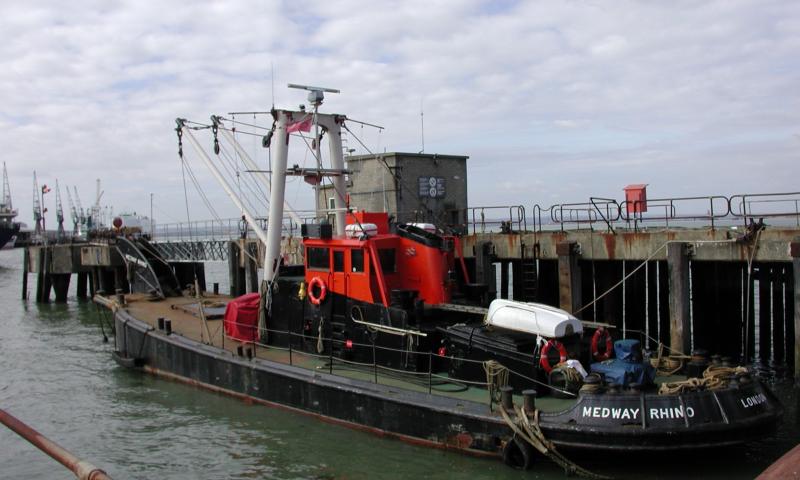 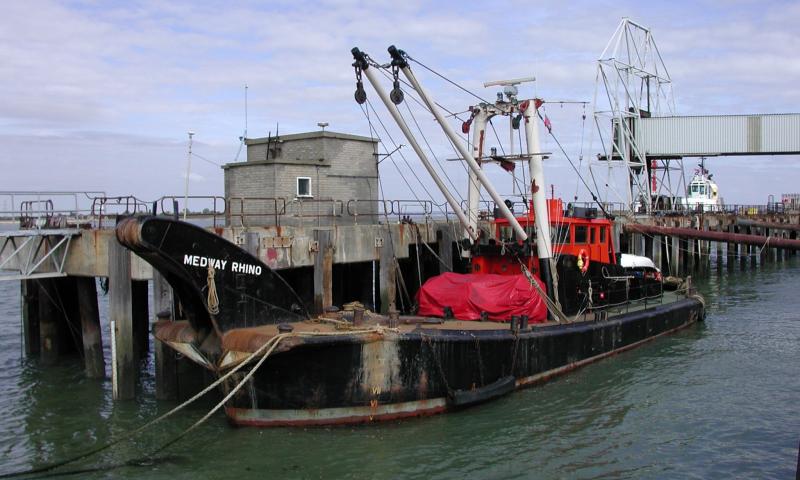 MEDWAY RHINO is a motorised salvage vessel, formerly named CORMOORING. She was built in 1955 by Richard Dunston Ltd. at Thorne as yard number T897. Her official number was 186306. She has one hold, 5.7 metres long, with a separate engine room. Her engine is a Bergius Kelvin with eight cylinders, which was new in 1966. She also has two generators of five kilowatts.