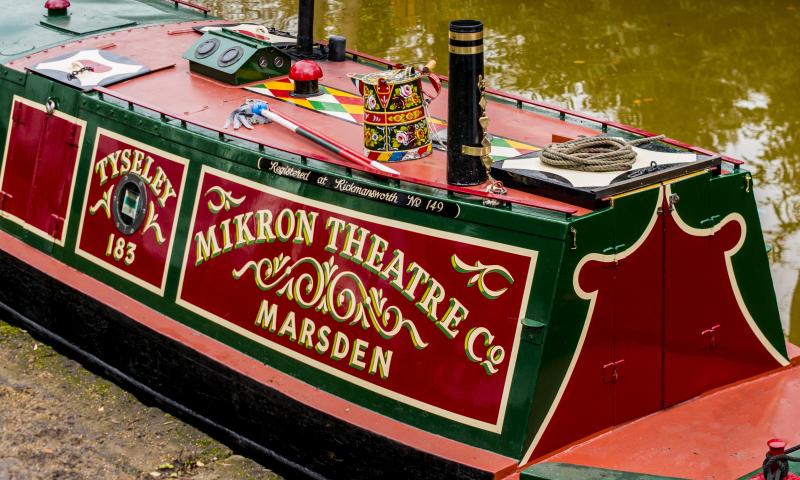 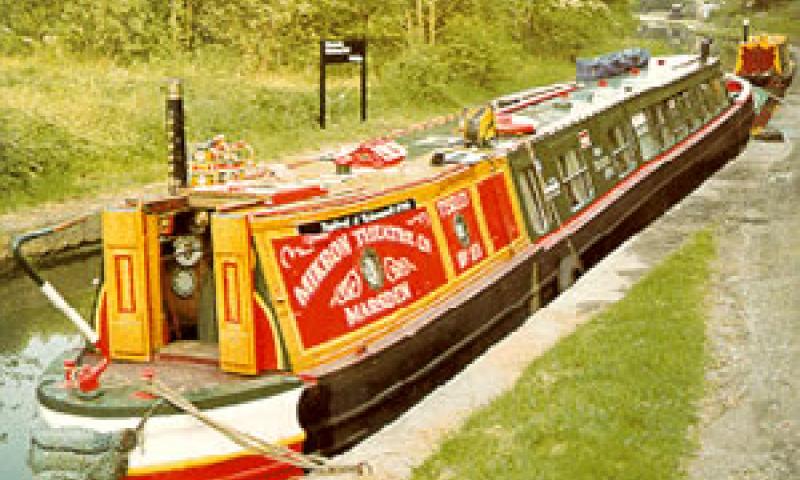 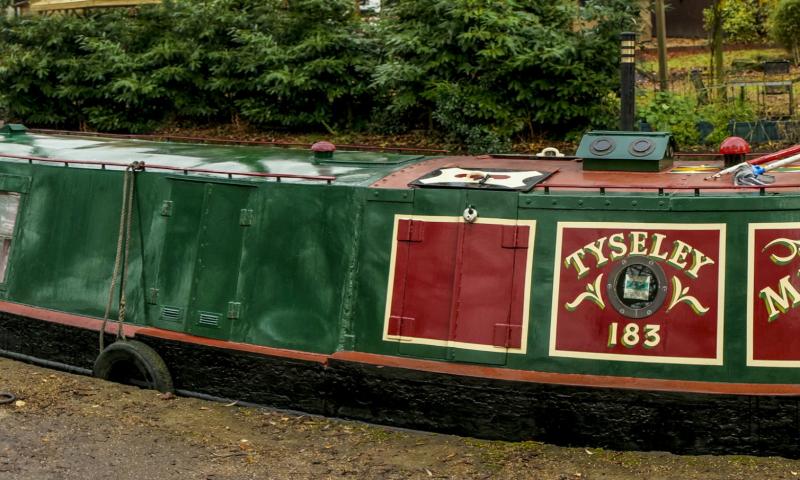 TYSELEY is a narrow boat, commissioned by the Grand Union Canal Carrying Company Ltd. (GUCCCL) and built by W.J.Yarwood & Sons Ltd. at Northwich in 1937. She was registered at Rickmansworth as number 149 and worked as fleet number 183. She was one of the Town Class designs and her hull is of riveted steel. She has a pointed bow and a counter stern. Her current engine is a Russell Newbury DM2 water cooled diesel, two cylinders and 18 brake horsepower, made in 1985. She worked for GUCCCL until she passed under the ownership of British Waterways, finishing her commercial days on the cement run from Long Itchington to Camp Hill. From 1937 to 1954, the Brooks family ran TYSELEY. Her butties included UTTOXETER, ACHILLES, BORDESLEY, BRIGHTON and BARNES. Subsequently, TYSELEY was owned by Midland Canal Transport and then was converted to become the first ever restaurant boat based at Thrupp on the South Oxford Canal. Since 1975, she has been the base and publicity vehicle for a touring theatre company.