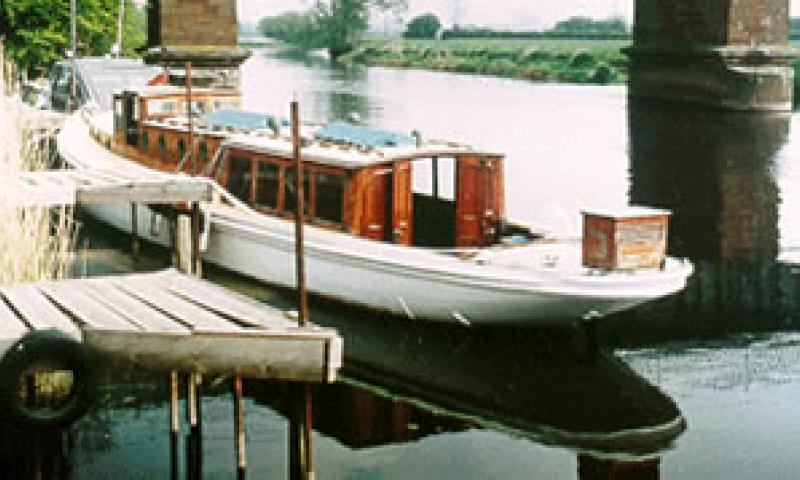 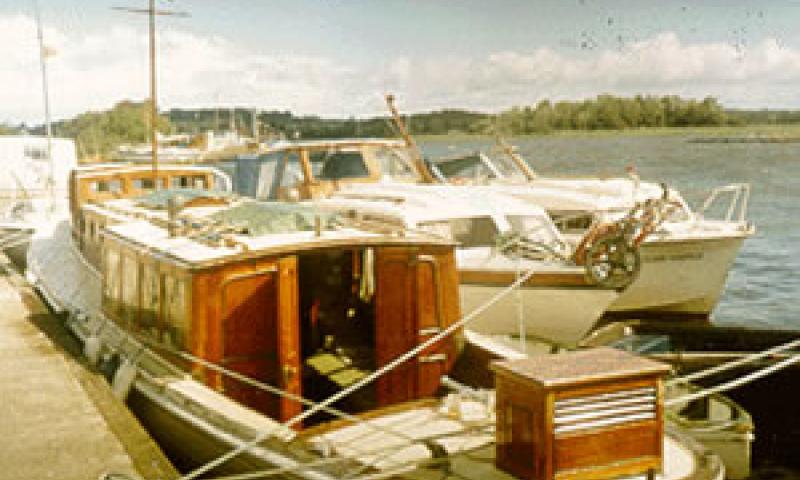 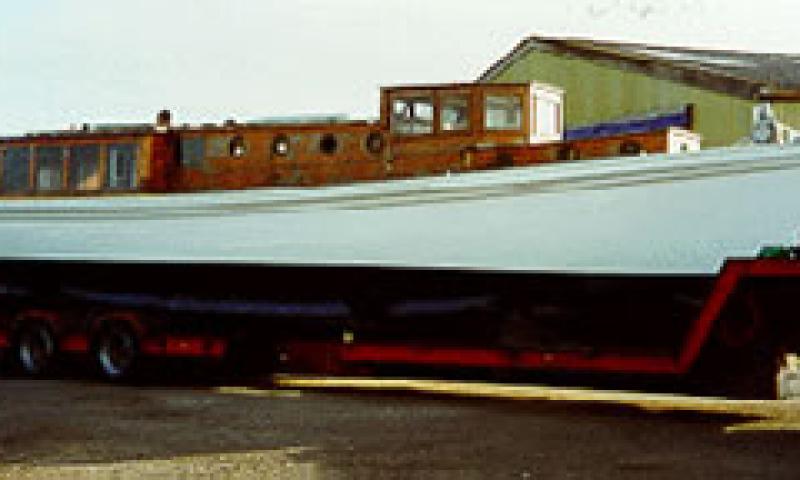 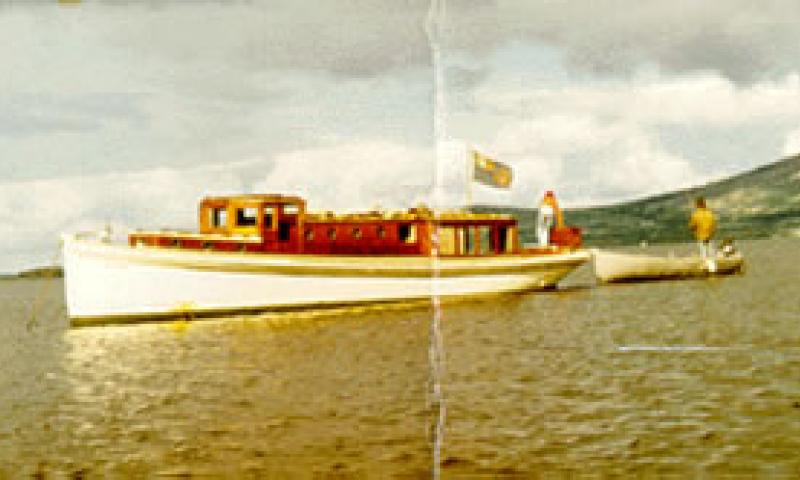 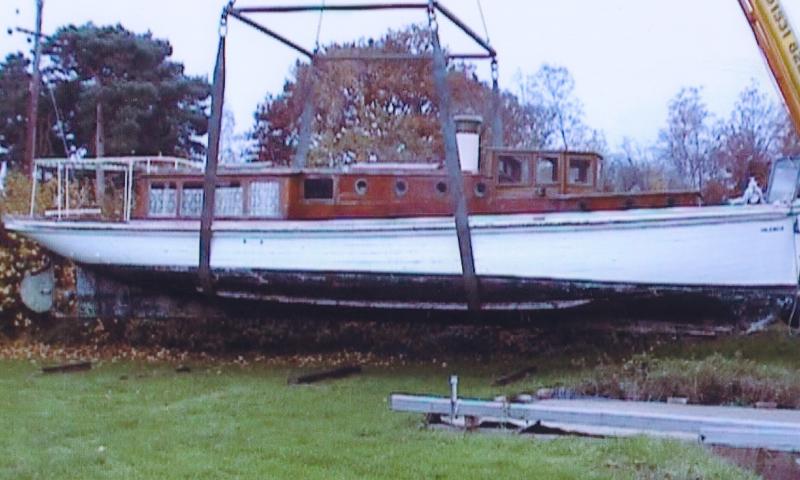 VALENCIA is a motor yacht, built by Simpson, Strickland & Co. Ltd. of Dartmouth in the 1900s. Her hull is carvel built of teak on oak frames and she has a timber keel and one timber mast. Her decks have been replaced with pine. The hull is fastened with copped nails and she has a counter stern, a pointed bow and a raked straight stem. The current engine is a four cylinder Perkins diesel. In the 1920s, VALENCIA was found in Putney reach in pieces. She was then taken to Ireland, where she was restored by Norman Goodbody and kept at Killaloe on Loch Derg, Tipperary. Her steam engine was replaced by an Ailsa Craig petrol engine and a cabin was built forward of the saloon. In the 1940s, she was acquired by Professor Jack Henry, but remained on Loch Derg and was used as a family boat. The engine was changed again and a Morris Navigator installed. She was sold to Adrian Henry in 1971 and the engine was altered in 1989 to a Perkins diesel. VALENCIA was purchased by the present owner after a period of neglect and was sailed to England in 1993 for restoration and repair. Most of this work was undertaken by John Howard of Tewkesbury. The boat is in use today as a family boat and, in 1997, was used as an exhibit by the National Waterways Museum at Gloucester as part of its Victorian Weekend celebrations.