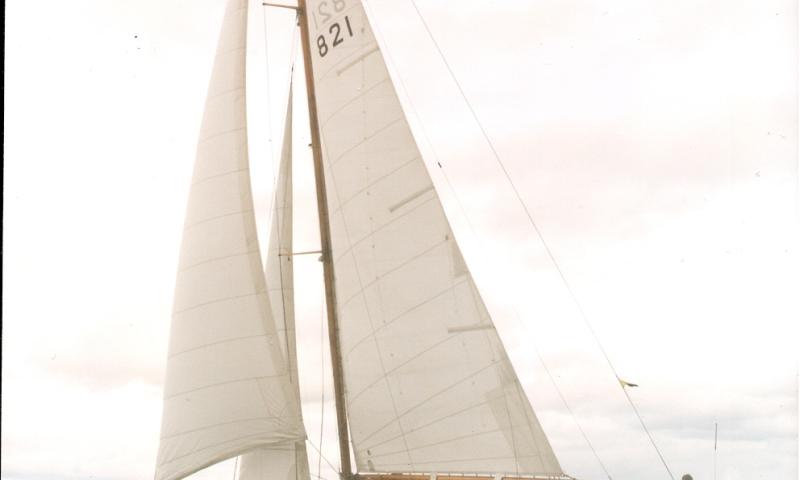 GLANCE is a sailing yacht, formerly known as APERTYX, built by W & S Luke at Hamble in 1894. Her hull is carvel built with oak frames and beams, an elm keelson and garboards, and pitch pine planking below the waterline with teak above. She has cedar decks and a pointed bow with a raked straight stem and counter stern. She was originally a gaff yawl, but her rig was changed in the 1930s to Bermudan. Her current engine is an inboard diesel made by BMC 1500 (15v) 4cy, bore 2.876in x stroke 3.5in, 35 bhp @ 3000 rpm. GLANCE was raced mainly on the south coast. She went to Northern Ireland in the 1950s and has since raced in most Royal Ocean Racing Club events such as the Fastnet, Brixham, Santander races etc. At present, she is in full commission and takes part in club racing most weeks. The current owner has cruised her from the Outer Hebrides to the Bay of Biscay and attended Brest in 1996. GLANCE's owner bought her in a semi-derelict condition and has since restored her. The hull was raked, refastened and recaulked. Horn timbers and part of the aft deck were renewed and a new rudder fitted. The wing engine was removed and refitted on the centre line. The interior has been refurbished. Her rig has been overhauled with new standing and running rigging as well as sails and GLANCE is now in good condition. 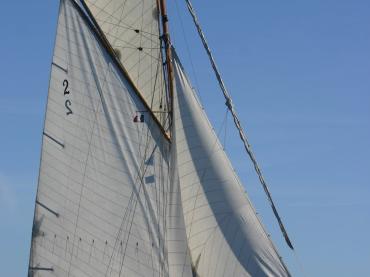