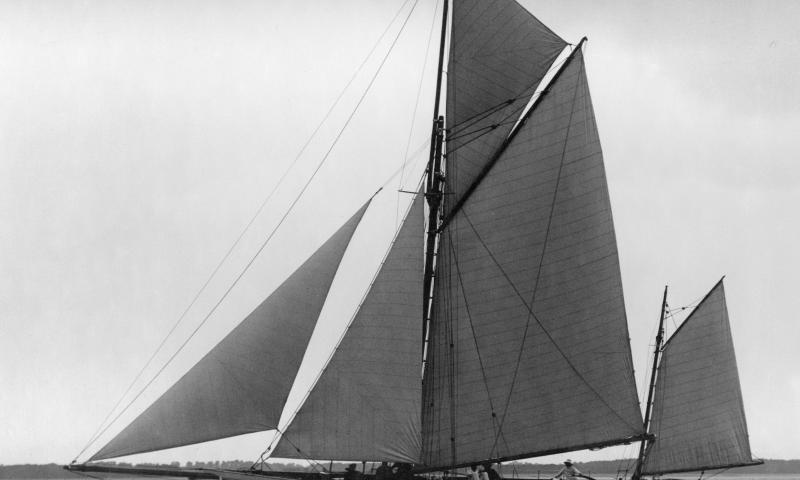 YTENE ROSE was built in 1904 by the Harris Brothers of Rowhedge for Godfrey Charles Lormer, a London merchant. She was first registered at Colchester as YTENE and her official number is 117944. She was bought by Camper & Nicholsons Ltd. in 1905, who sold her a month later to Fred Bannister Winfull, a gentleman from Sheffield. In 1906, she was purchased by Arthur Reginald White, Herbert William White & Harold Edgar White; yacht builders from Southampton. Two years later she was sold to Stanley Cood of London. In 1937, she was fitted with an auxiliary four cylinder petrol engine. Around this time, her name was changed to BLACK JOKE. Subsequently, a 206 brake horsepower diesel Enfield engine was installed and, in October 1994, her name was altered to YTENE ROSE.