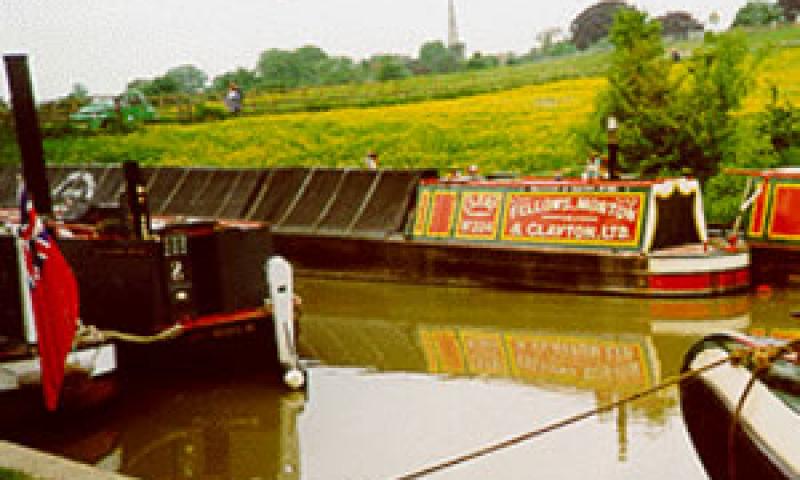 CLENT was the last wooden narrowboat to be built by Fellows, Morton & Clayton at Uxbridge in December 1947 and cost £1080. Her British Waterways number was 071242 and her fleet number was 354. She worked for the company for only a few years before nationalisation, with Charlie Atkin or 'chocolate Charlie' as her first helmsman. She was then taken over by British Waterways and based on the canals north of Birmingham, where she carried twenty tons of flour. In the late 1950s, CLENT was sunk at Northwich by British Waterways, along with other surplus boats. However, in 1974, she was acquired and restored, together with the steamer PRESIDENT. She remains unconverted today, as the owner lives in the cabin and uses the cargo space to sell coal to others steamers. Her hull is carvel built with oak planking and she has an elm bottom, fastened with iron nails. She has a pointed bow and a counter stern. The current engine is a 1930s Bolinder B type, semi-diesel, with a single cylinder and nine to twelve brake horsepower.