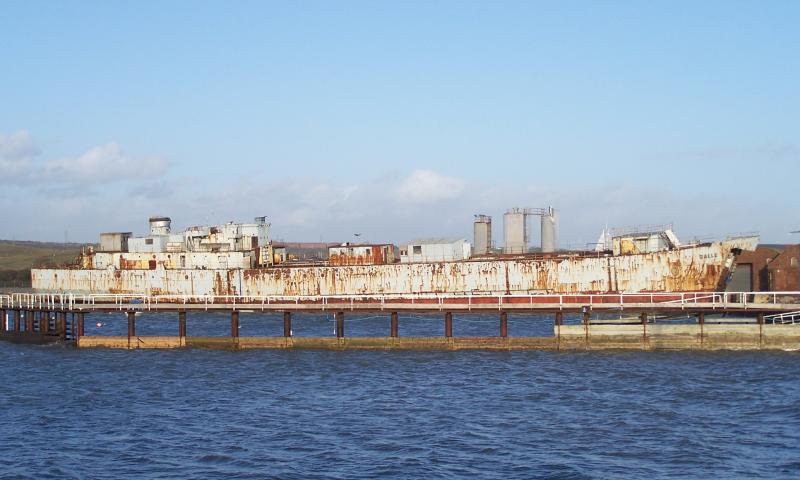 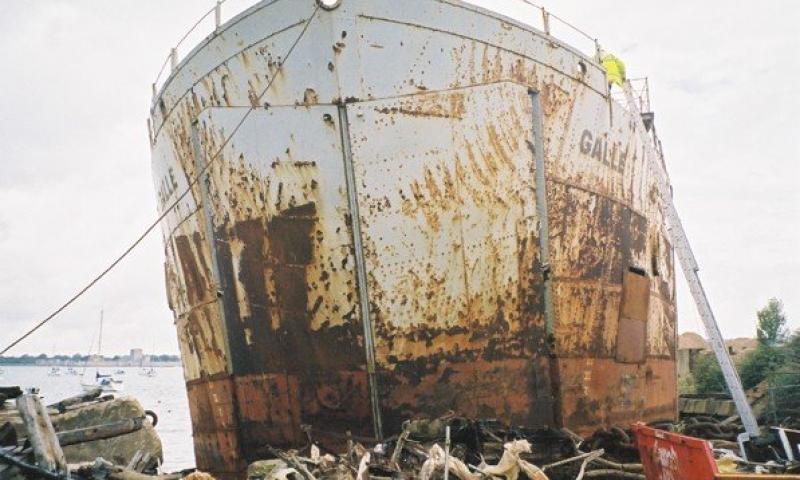 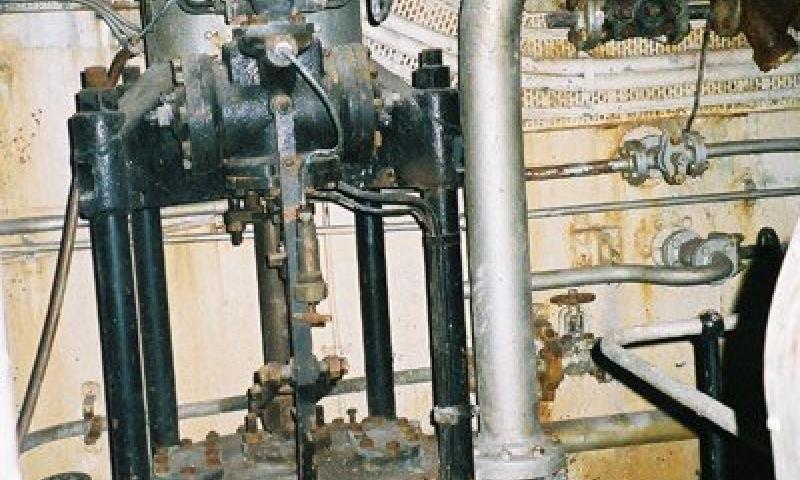 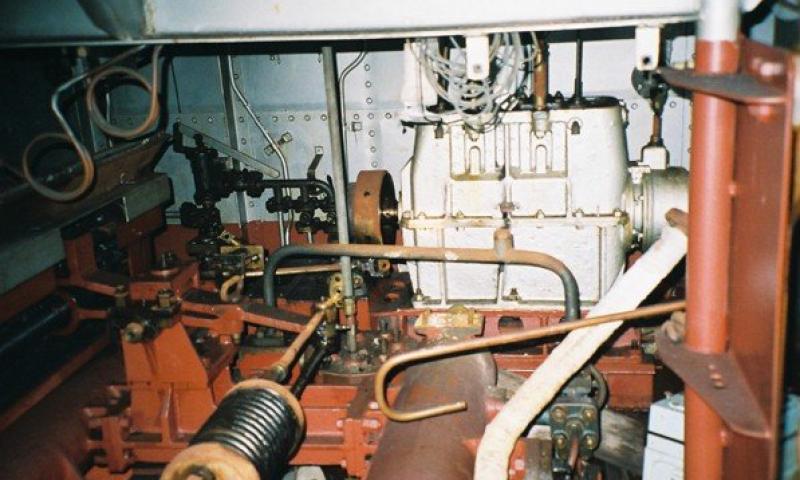 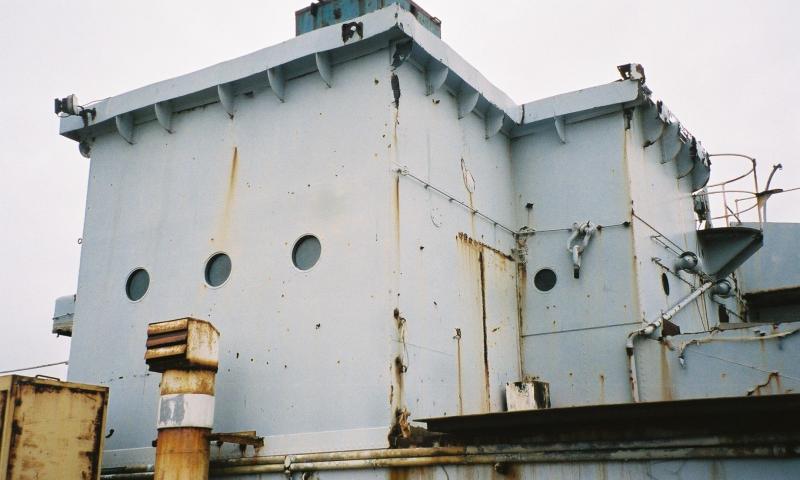 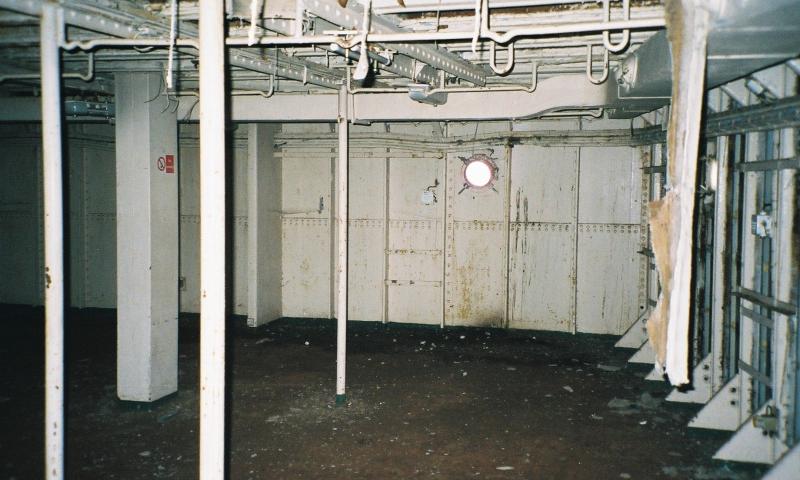 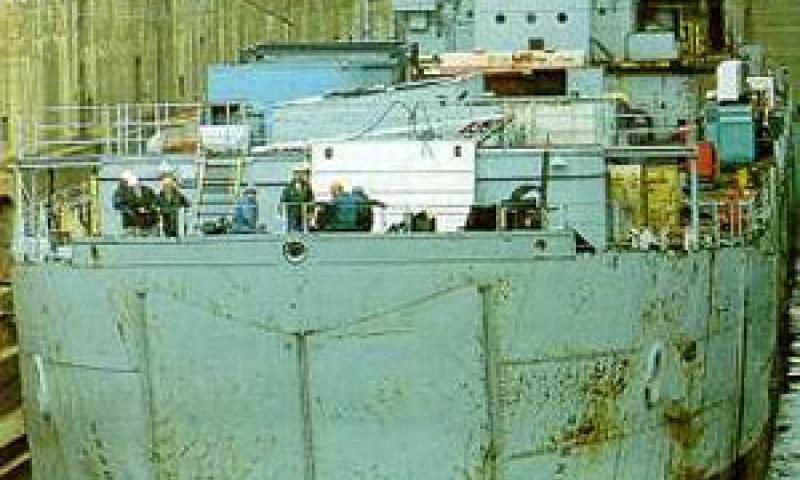 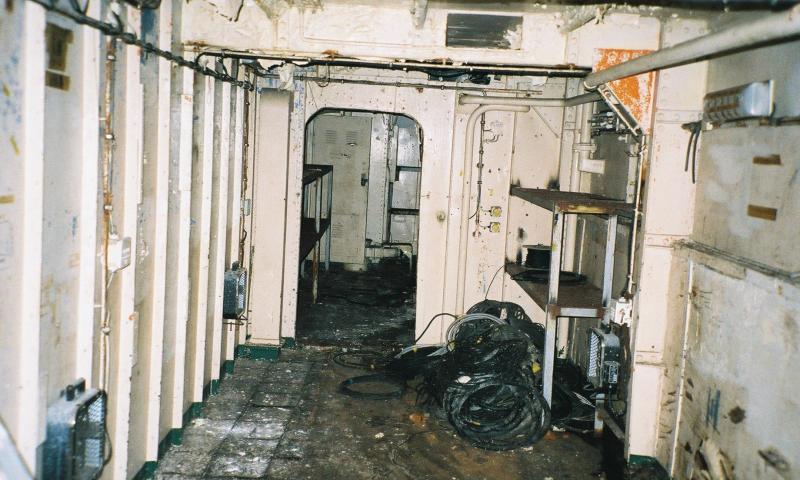 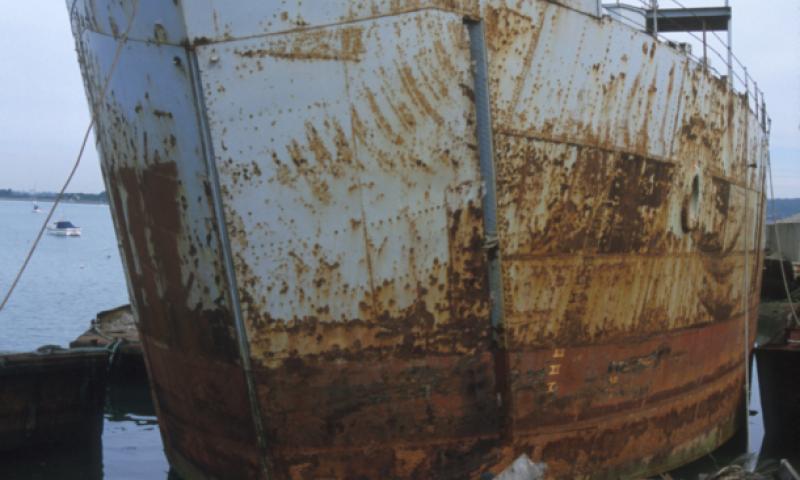 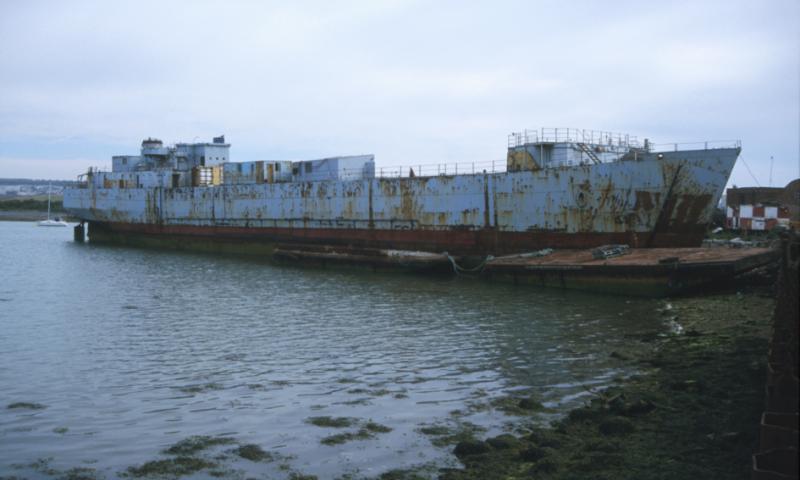 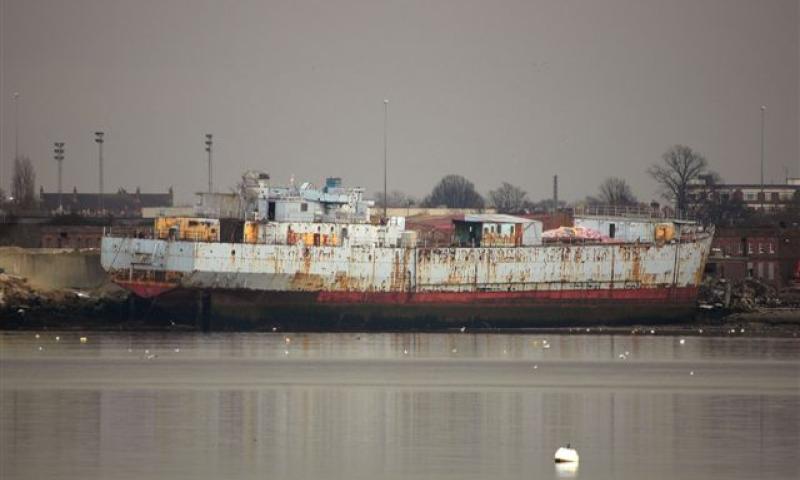 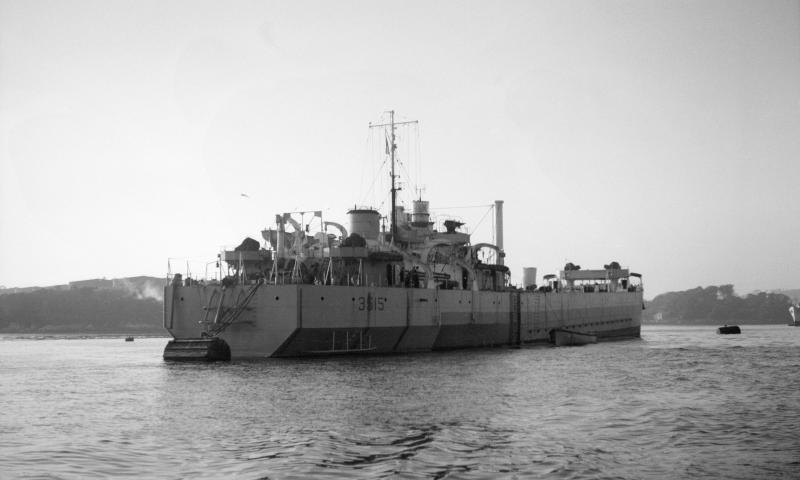 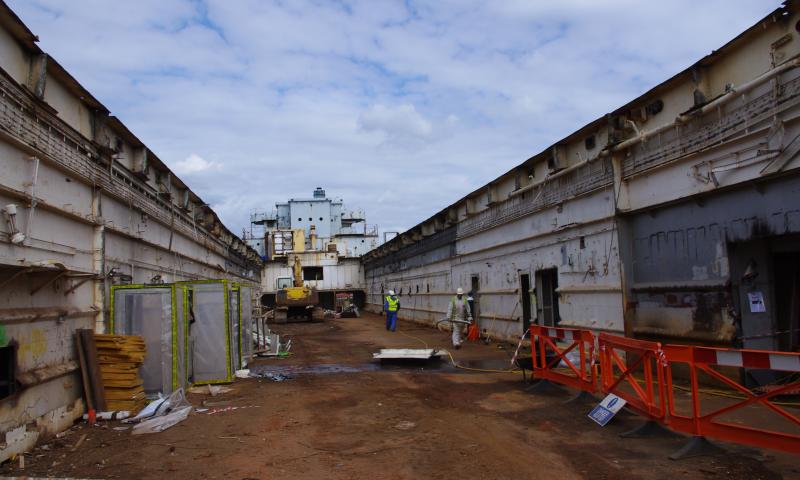 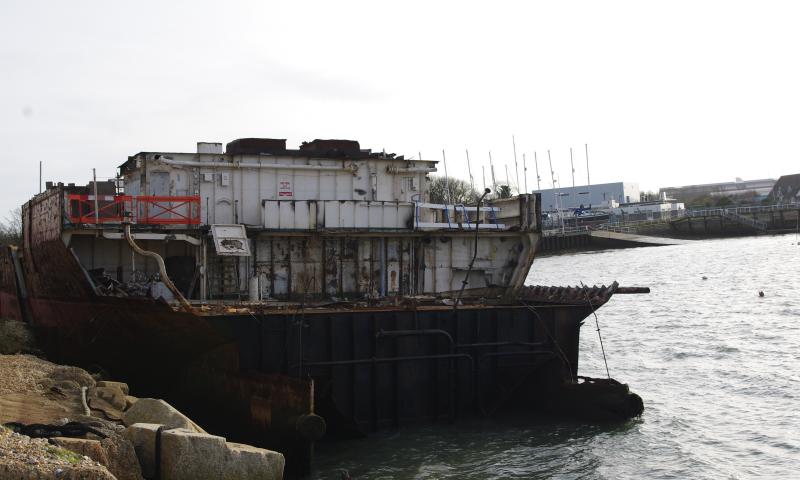 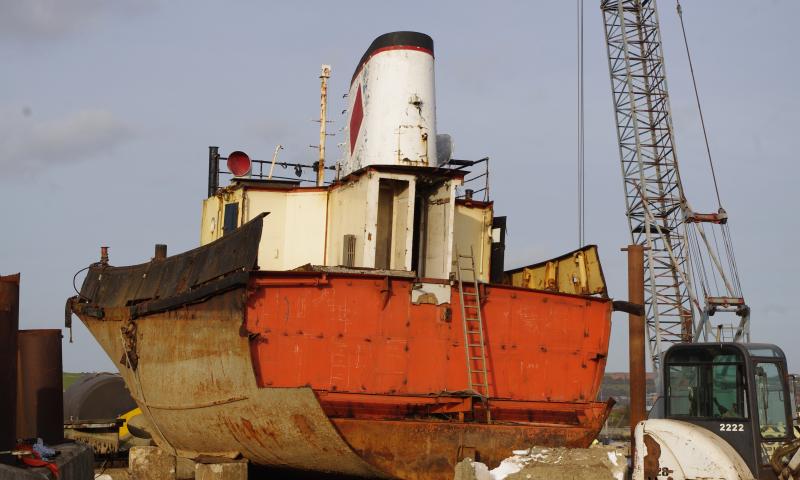 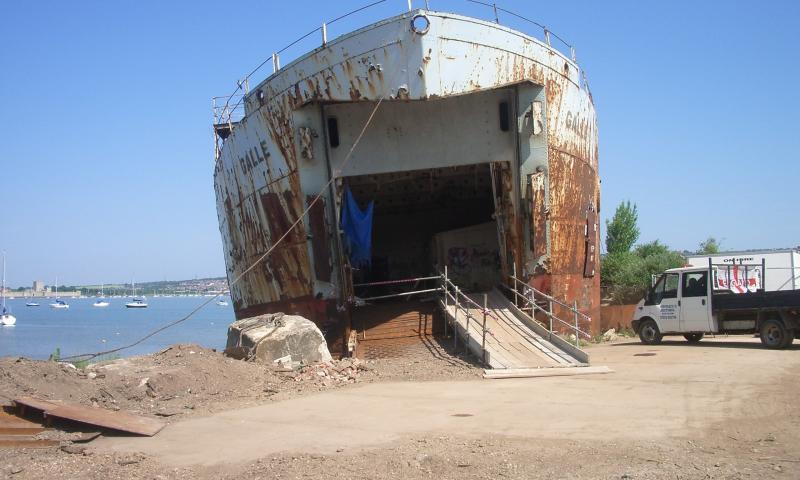 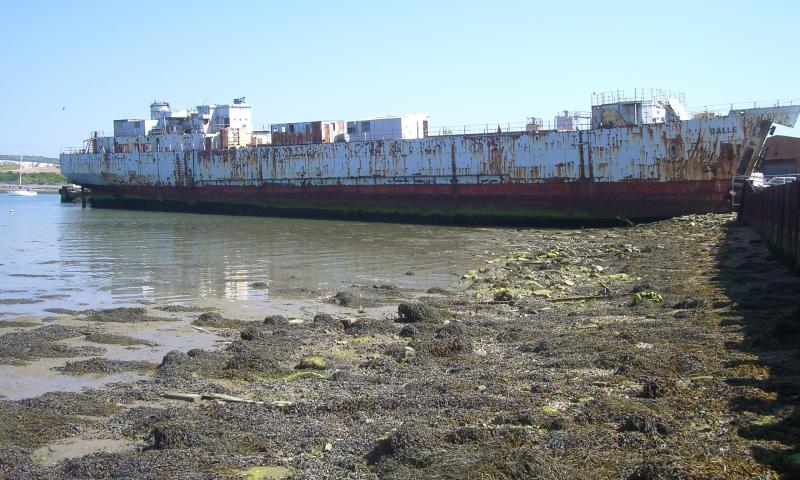 HMS STALKER was a ‘Landing Ship Tank Mk 3’ (LST) built by Canadian Yarrow at Esquimalt of steel construction.  A total of 45 were ordered and built in the UK and 37 ordered (of which 9 were cancelled) overseas.  These vessels were designed to convey troops and equipment and land them on beaches, without help from shore facilities.  The important features were range, load carrying ability and shallow draft.  This gave her the ability to delivery heavy equipment direct to beachheads and was the forerunner of today’s flee auxiliary and assault vessels.

At the time of her design, diesel or steam turbine were the preferred propulsion mechanisms, however, due to their short supply, STALKER was fitted with oil-fired steam reciprocating plant (similar to that in SS SHIELDHALL) giving her a maximum speed of 13kts.

It seems that STALKER did not arrive in the UK until sometime in 1946.  She and her Canadian built sisters, along with their British counterparts, were all built too late for the Second World Ward.  She never took up her intended role but was commissioned into the Royal Navy as a submarine support vessel at Londonderry, Northern Ireland.  Landing Ships Tanks were never assigned individual crests, or even type badges, such as those assigned to other naval vessels.  However, at this point, the vessel would have inherited the ship’s crest of the previous STALKER, an Escort Carrier, along with her Battle Honours.  She was later transferred to the then Royal Naval Base at Rosyth, Scotland, where she carried on her role as a submarine support ship even after being transferred to Babcock Marine when the dockyard changed hands.

Official sources state that STALKER was placed on the Royal Navy’s scrap list in May 1970.  She became redundant from her position as a submarine support ship in 2002, when the repair of Nuclear Submarines ceased, and once again she was up for sale.  The vessel was transferred to Pounds Marine Shipping, Tipner, Portsmouth where the process of breaking her up began in 2010 and she was finally disposed of in 2012.  Her file has been moved from the National Register of Historic Vessels to the National Archive of Historic Vessels accordingly.