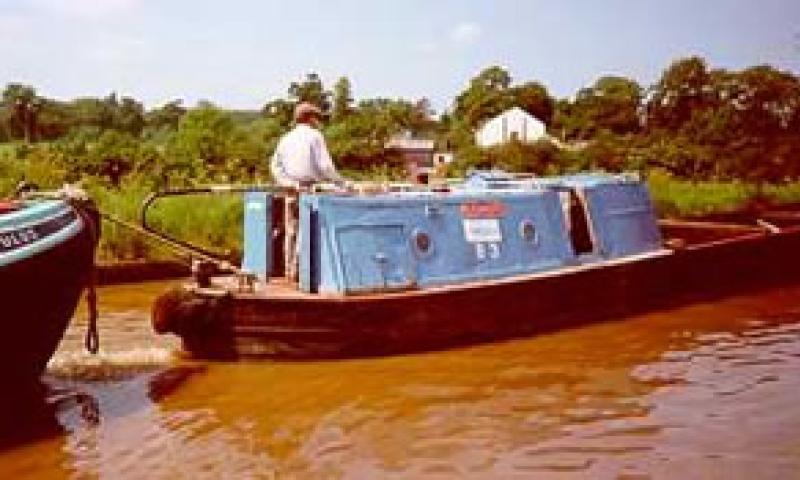 RADIANT is a motor narrowboat, built by W.H. Yarwood & Sons of Northwich and registered at Birmingham as number 1591. Her fleet number was seventy-nine and her gauging number was 12462. She was commissioned by the Grand Union Canal Carrying Company Ltd. (GUCCCL). RADIANT was requisitioned by the Ministry of War Transport as a fire boat and was used on Regent's Canal, London, in the Second World War. Following the war, she returned to GUCCCL and was transferred to Gloucester with the advent of nationalisation in 1948. She worked as a maintenance boat on the Gloucester & Sharpness Canal for forty-five years, until being purchased by her present owners in 1993. RADIANT is in good condition and has retained her original cabin with only a few modifications made in the 1950s. Her hull is constructed of riveted steel plate and she has a pointed bow and counter stern. She has a towing mast and her current engine is an inboard Lister HR3, with three cylinders and forty-three horsepower, made in 1971. Her engine room has been extended to take a three inch Gwyne water pump. She still works as a loaded pair and was re-united with her butty REGULUS in 1994.