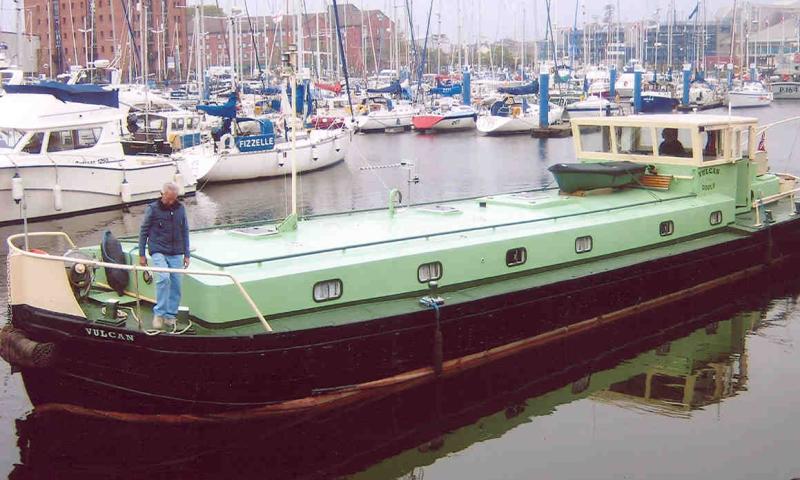 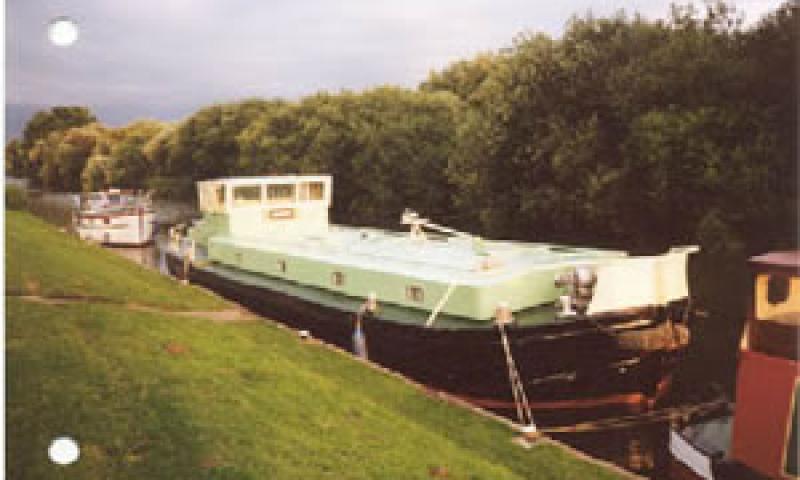 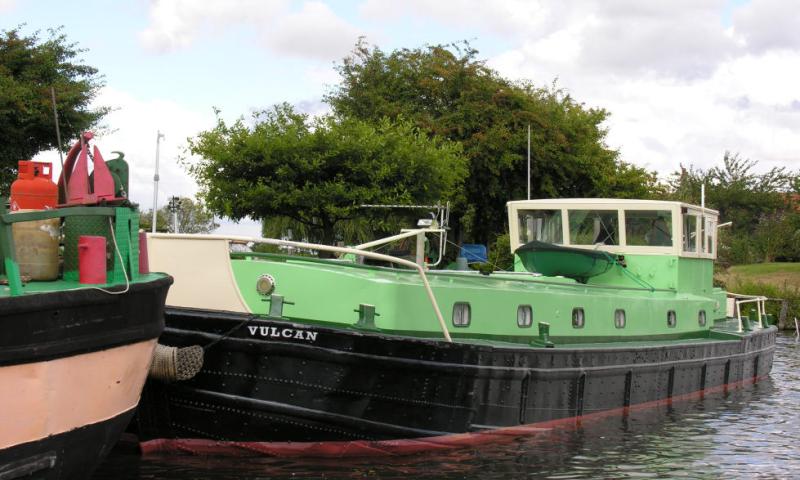 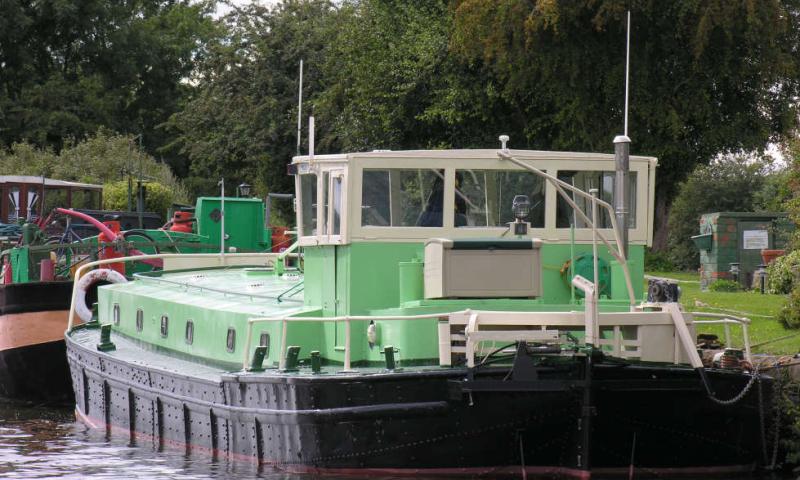 Built in 1865 by Swans of Glasgow, VULCAN is an iron barge. She initially worked in Scotland and her early owners are recorded as James McKirdy of Greenock in 1879 and later John Smith of Tradeston. She sank in the Firth of Forth in 1890 and was later reported as trading on the River Humber. She was converted to a dredger from 1950 to 1980 and used in Goole Docks. Subsequently, she was in the ownership of British Waterways and was then sold into private ownership and converted to a river/canal cruiser. She remains fully operational and in private ownership.