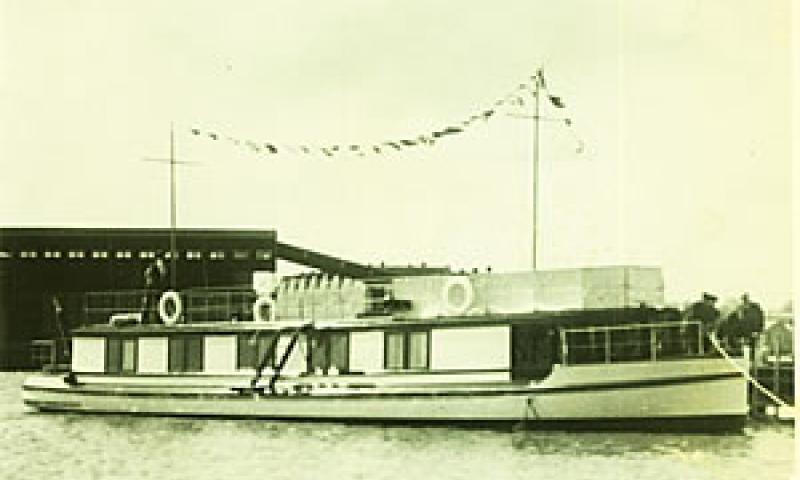 DORIS was built as a private motor houseboat. Her eventful maiden voyage was documented in the ‘Brooke Empire Magazine’, which described her as ‘the most luxurious boat on the Norfolk Broads’. On 26 June 1931, she sailed from Lowestoft, arriving at Itchenor on the Hamble River at 1.30 p.m. on 28 June, after a non-stop run of 441/2 hours with an average speed of four and a half knots. In 1935, DORIS was owned by Montague Evans, although it is rumoured that Prince Edward and Wallace Simpson used the boat around that time. She subsequently had various owners and was reported to have sunk somewhere on the northern rivers of the Broads. DORIS was raised by Fred Newson of Oulton Broad in 1973 and taken to his boatyard on Lake Lothing. She remained there until 1980, when she was slipped and re-planked as necessary. The original Brooke engines were removed, being considered beyond repair after such a long emersion in salt water. By 1983, DORIS was in use as a houseboat again and moored at Beccles Quay under the ownership of Nigel Rowe. She caught fire and was bought by the current owner for the first time. Two years on, she was purchased by Mr. Carter who also lived onboard her until selling her in 1986 to Mr. Baker. She was re-engined at that time and then bought back by her present owner who is currently restoring her. 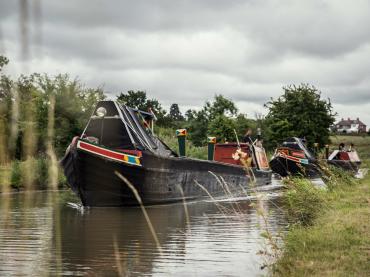