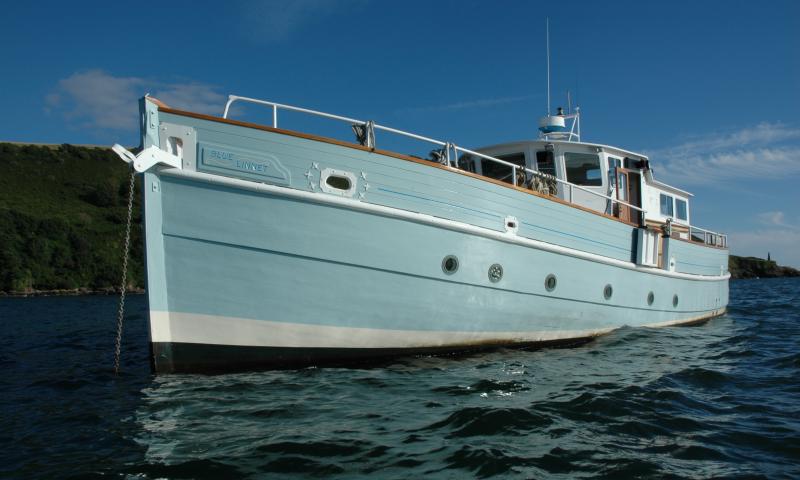 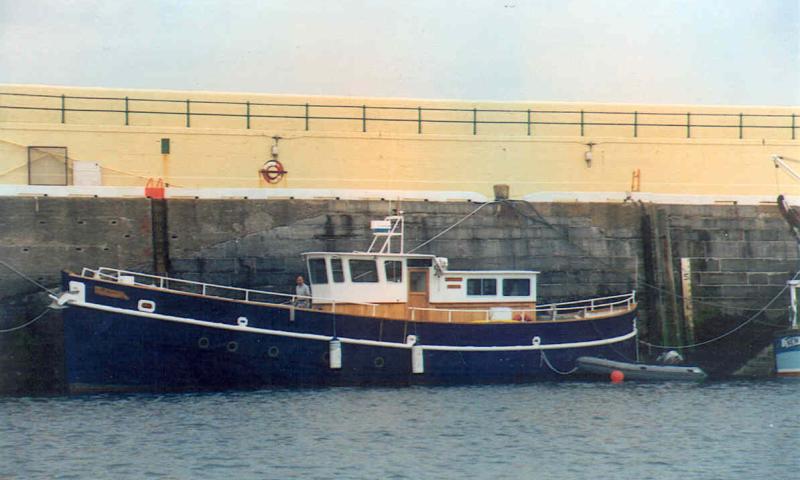 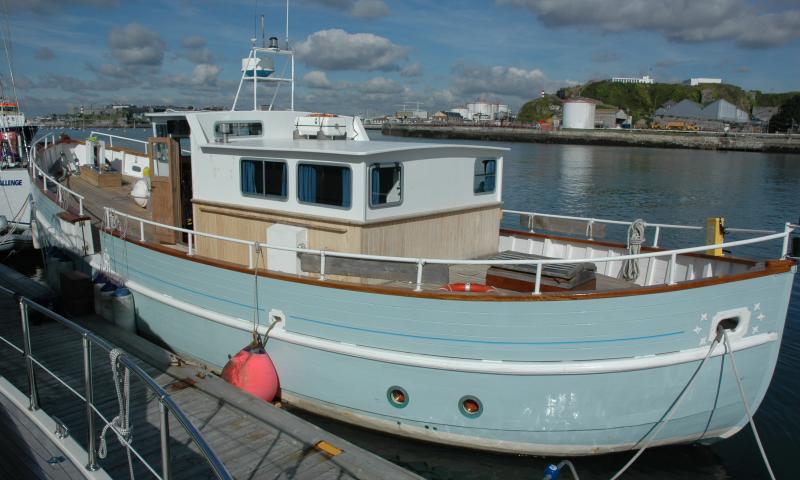 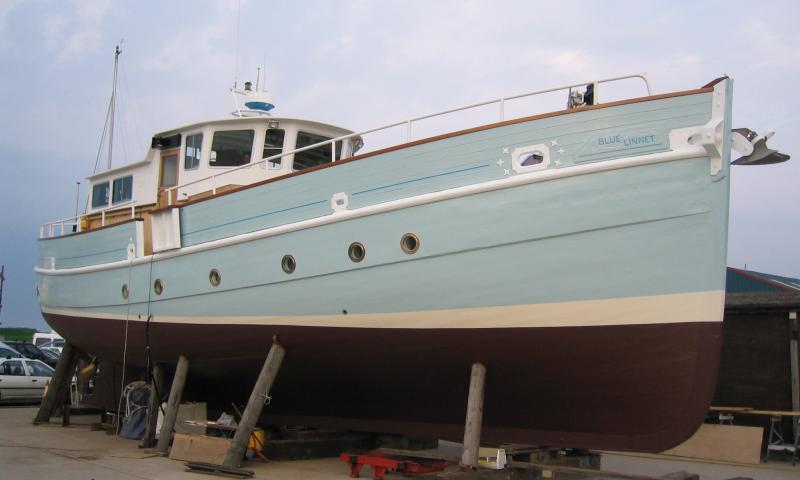 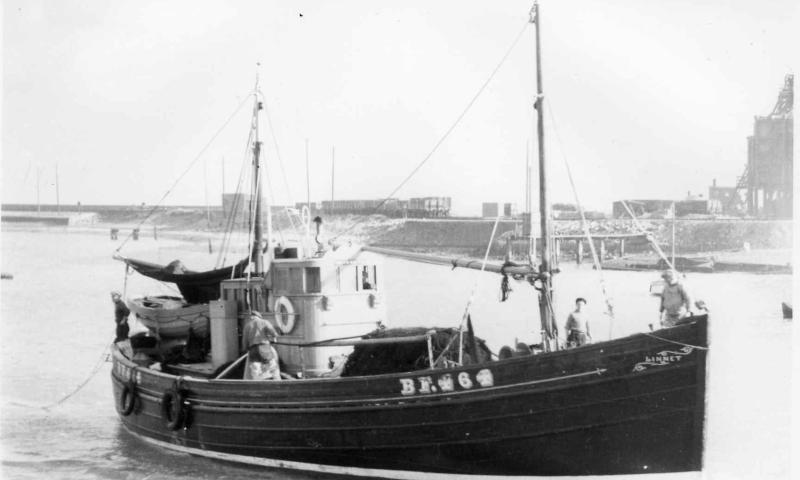 BLUE LINNET was built in 1938 by J. & G. Forbes, Sandhaven, for a price of £1500. The herring drifter was commissioned and owned by a co-operative of local fisherman headed by James Webster, with the Caledonian Fishing Company as sponsors. She was registered as a fishing vessel in Banff, under the number BF464, and drifted for herring off the east coast of Scotland. In 1939, BLUE LINNET was requisitioned by the government for duty during the Second World War. THE LINNET, as she was known at that time, performed many local duties, including minesweeping, between Fraserborough and Scapa Flow. James Webster continued to fish with this vessel after the war ended and, in 1948, installed a new Gardner engine which is still in place today. Over the next ten years, Webster bought the shares of the other original owners, until by the late 1950s, there were only three family owners left – himself, his son James, Mr A. Webster and the Caledonian Fishing Company.

THE LINNET went up for sale in 1959 and the three Websters bought out the Caledonian Fishing Company and continued to fish the East Coast of Scotland. She was sold again in 1962 and converted at Burnham-on-Crouch to a private yacht with nine berths. She became a family boat and was later kept in Salcombe where she cruised local waters, as well as making longer trips to France, Spain and the Mediterranean. In 1982, she was renamed BLUE LINNET. Following the death of the owner in 1995, she was sold again and after suffering serious rainwater damage whilst neglected on her Salcombe mooring, extensive work was carried out between 1995 and 1999 to restore her. In 2003, BLUE LINNET cruised all round the UK via the Caledonian Canal and in August of the same year, was filmed in Dublin Bay for an Irish programme called 'Into the Blue'. The vessel has also appeared in an episode of 'Poirot'.