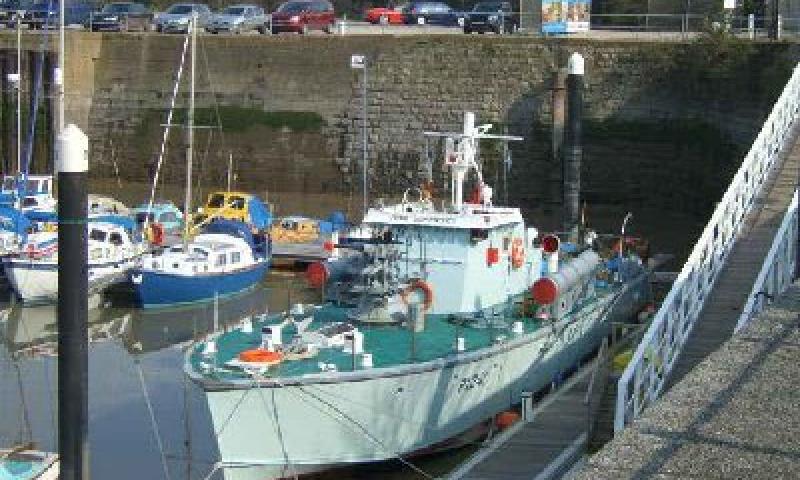 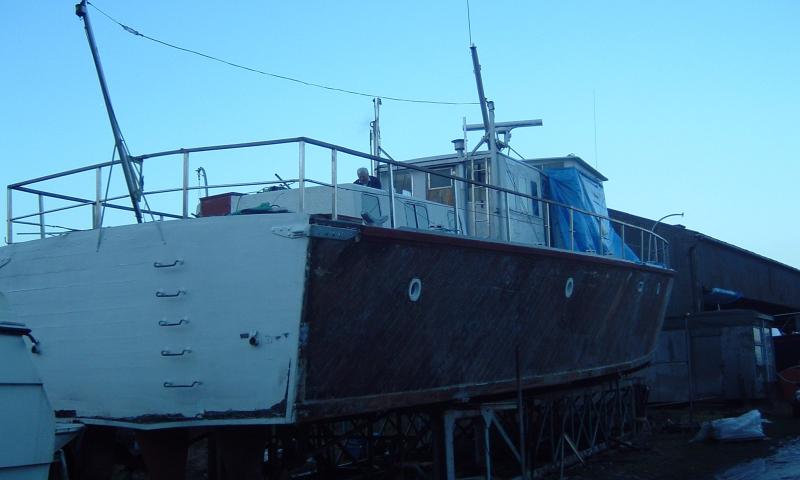 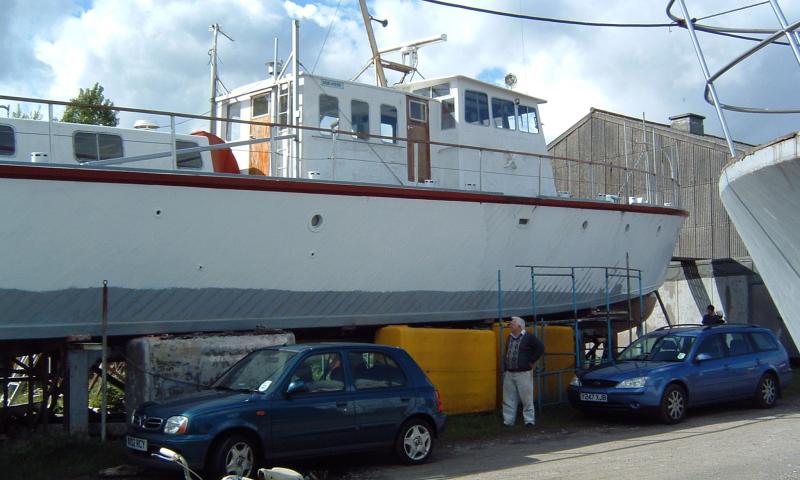 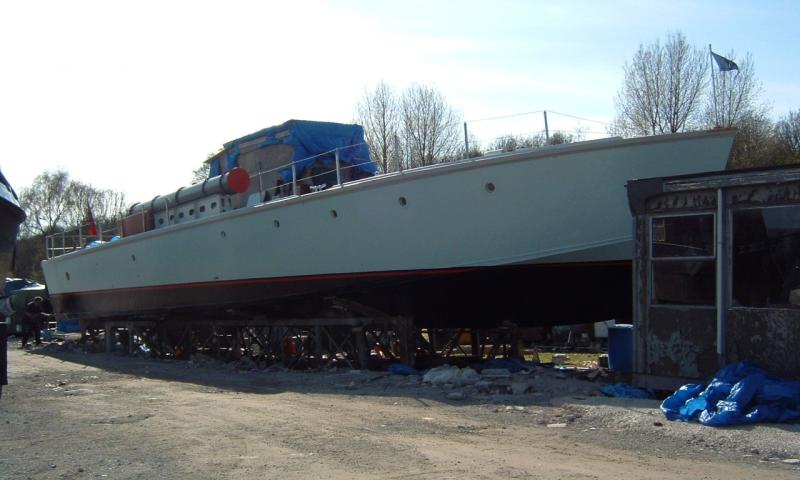 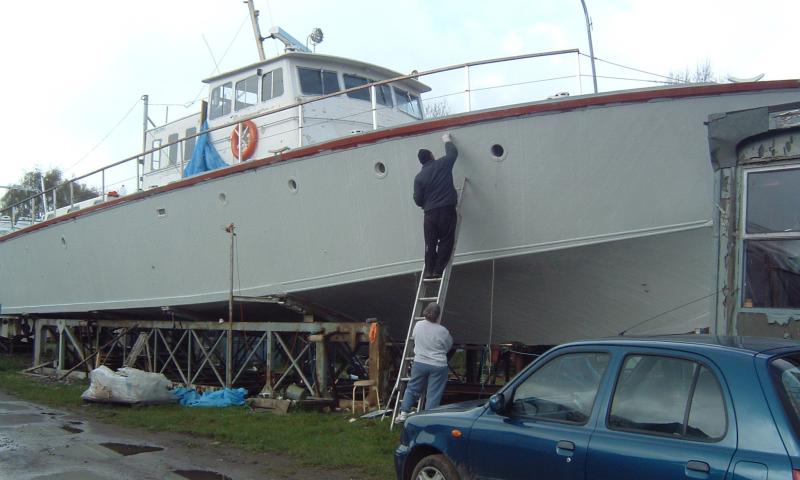 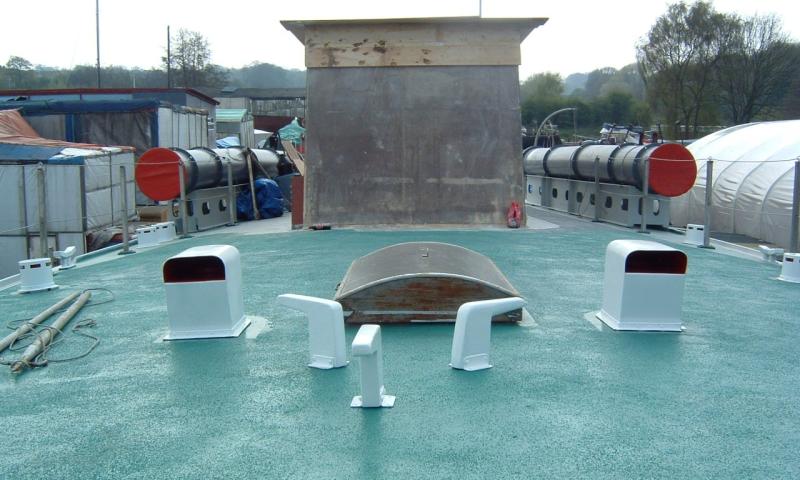 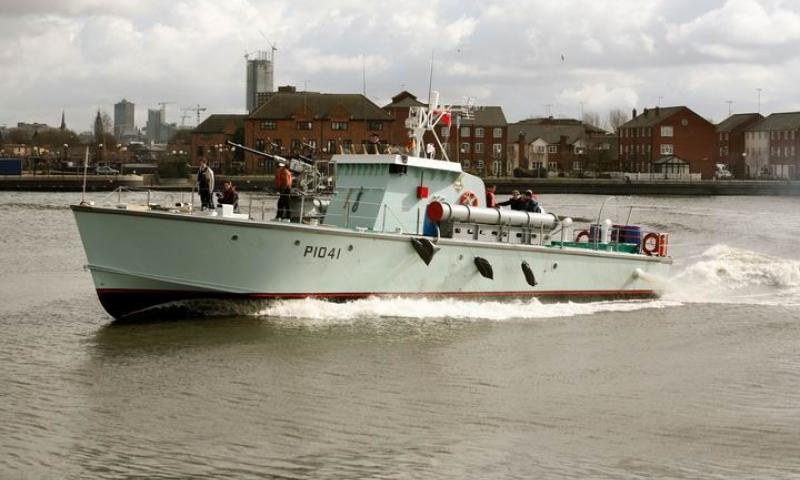 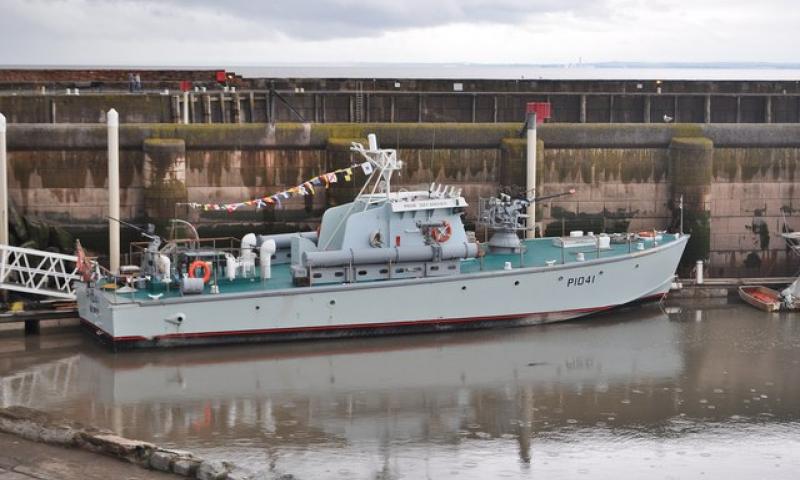 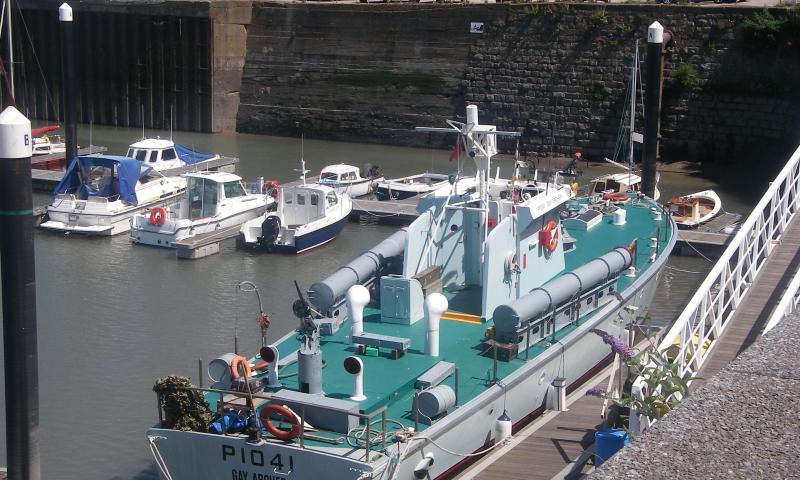 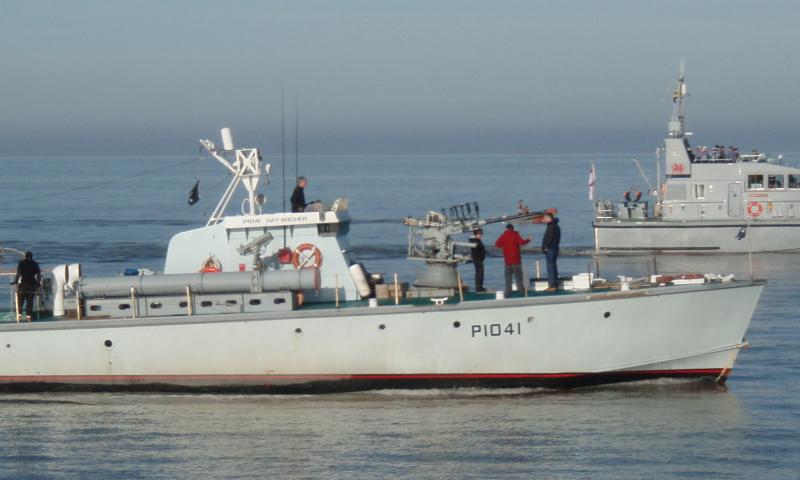 GAY ARCHER was the first of twelve vessels, known as the Gay class, which were constructed for the Royal Navy in 1952 to bolster the dwindling UK coastal defences. The Gay class hulls were taken from a World War Two specification, but were then upgraded to incorporate 1950s technology.

Built of double diagonal mahogany, they were the last boats to see service with petrol engines. They were powered by three Packard 4M-2500 marine engines, each delivering 1500 bhp with a capacity of forty knots.

GAY ARCHER is now the sole surviving example of the Fast Patrol Boats (FPBs) which were designed to be converted into gunboats or torpedo boats as required, with a standard compliment of thirteen. As a torpedo boat, they carried two 21 inch torpedo tubes with twin oerlikons mounted aft and a Bofor mounted forward. In gunboat mode, a 4.5 inch gun was seated forward with a Bofor aft. They operated from HMS HORNET, Gosport and supported the defence systems of the North Sea approaches. A detachment was also sent to Malta to protect the Suez interest.

It was intended that GAY ARCHER should escort BRITANNIA during the coronation celebrations, but unfortunately in May 1953, she was damaged by fire in Aarhus Harbour. Later, she nearly sank off Southsea Pier, but is now being restored and will serve as a historical tribute to the men who lost their lives defending the shores of Great Britain during the Second World War, or through National Service in post-war years. She is a fine example of the technology available to the UK sea defences at the time she was built.

Only recently, one other surviving member of the Gay Class was hit and sunk by a Guardia Civil tugboat in Spain. She was scrapped and no materials were saved, adding even greater significance to the current restoration of GAY ARCHER.