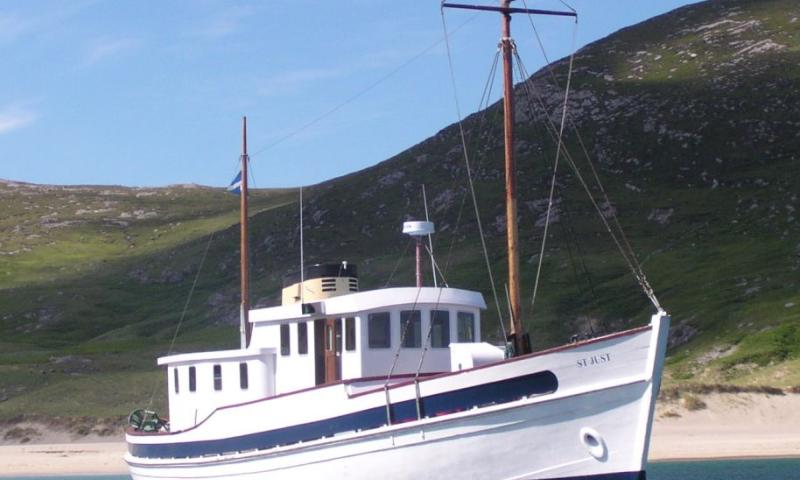 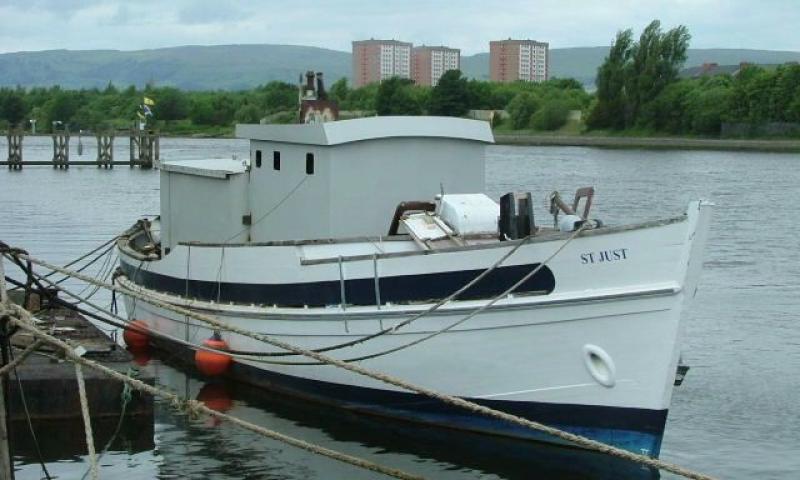 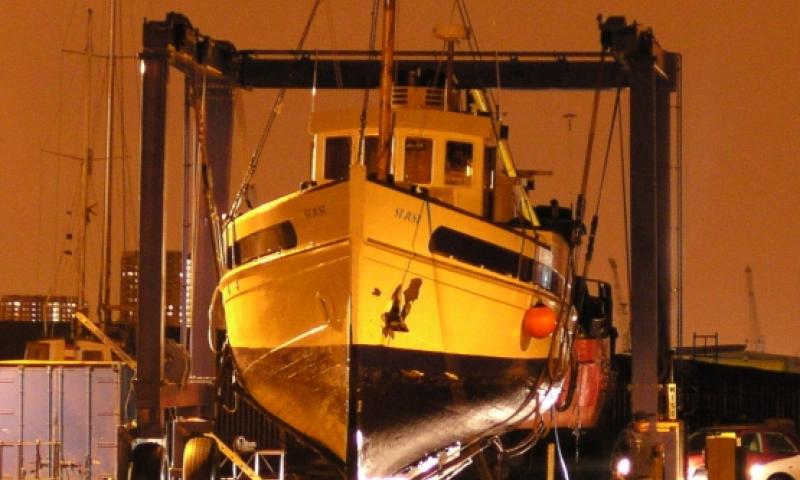 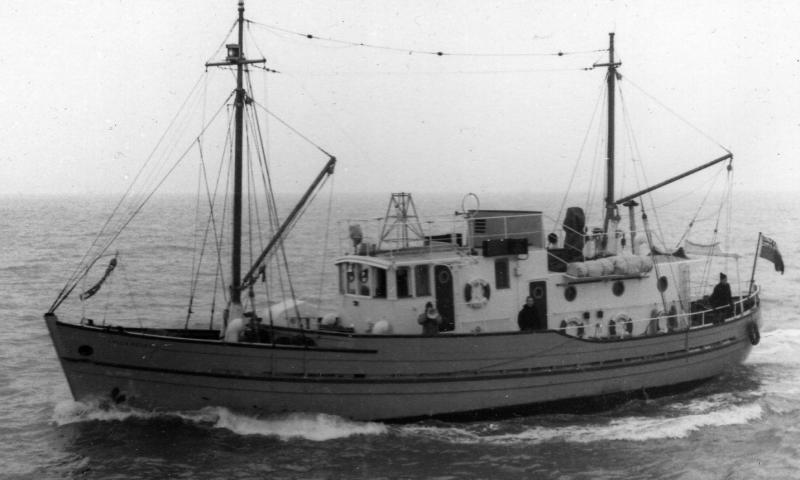 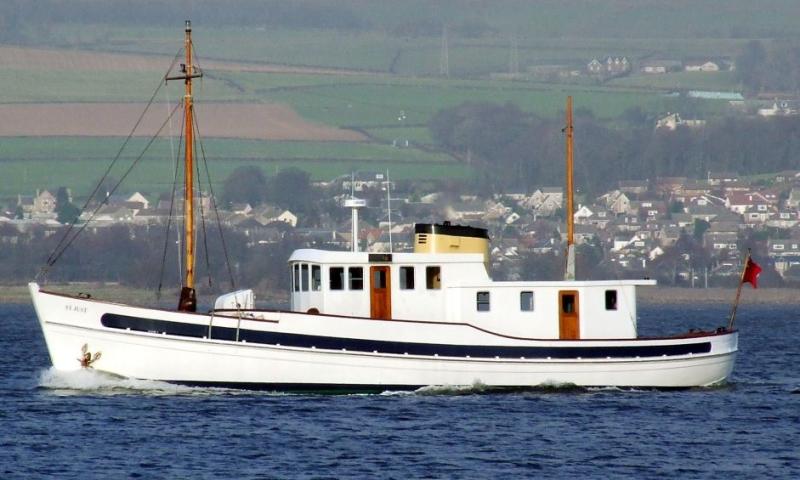 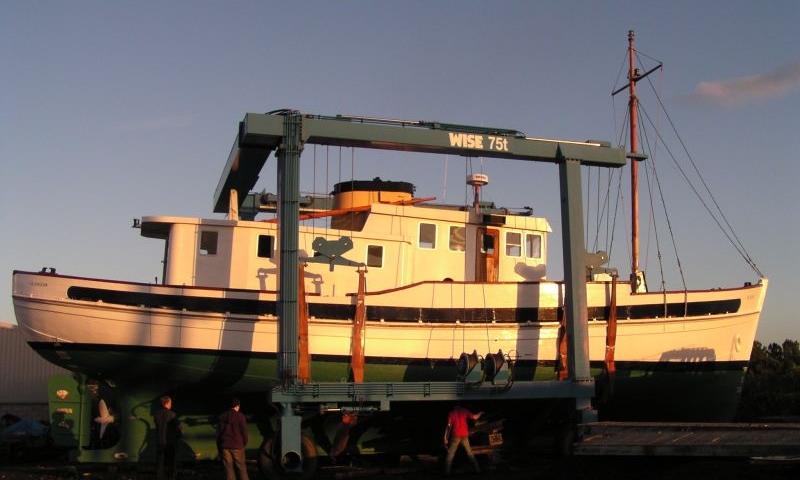 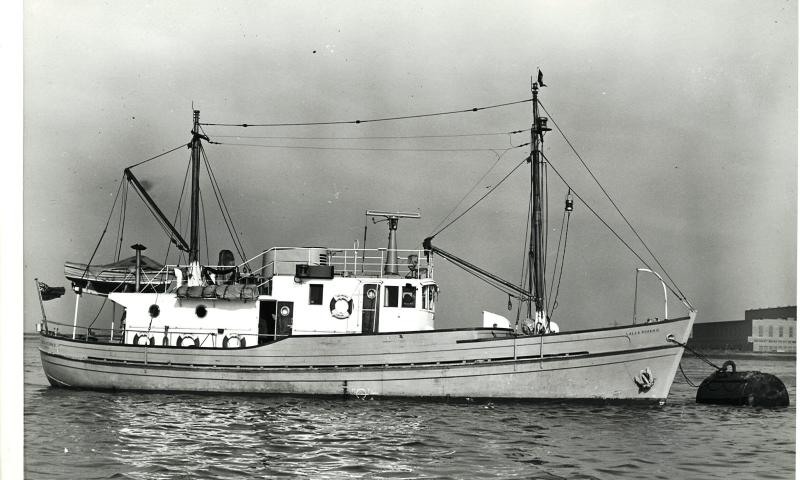 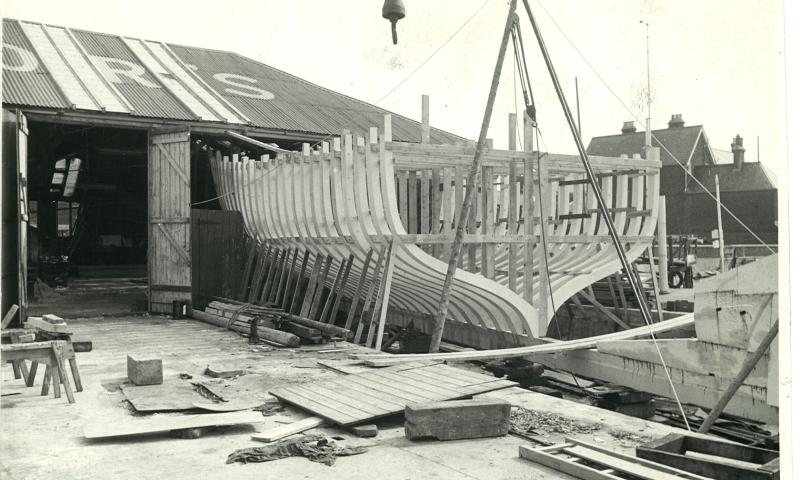 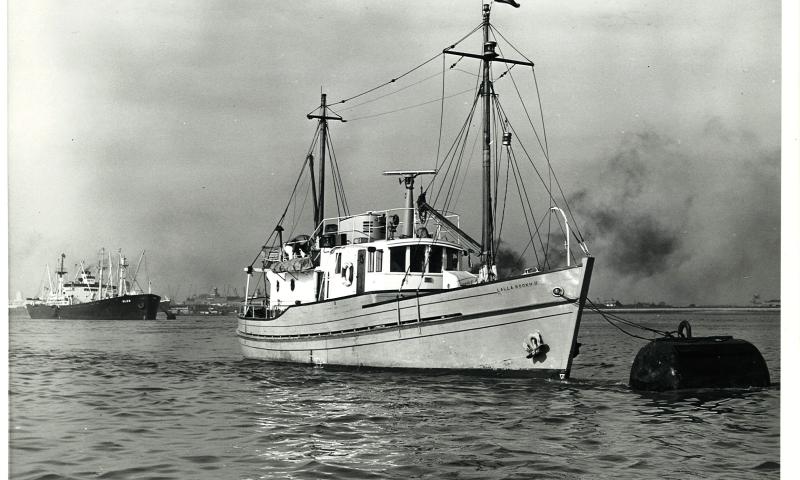 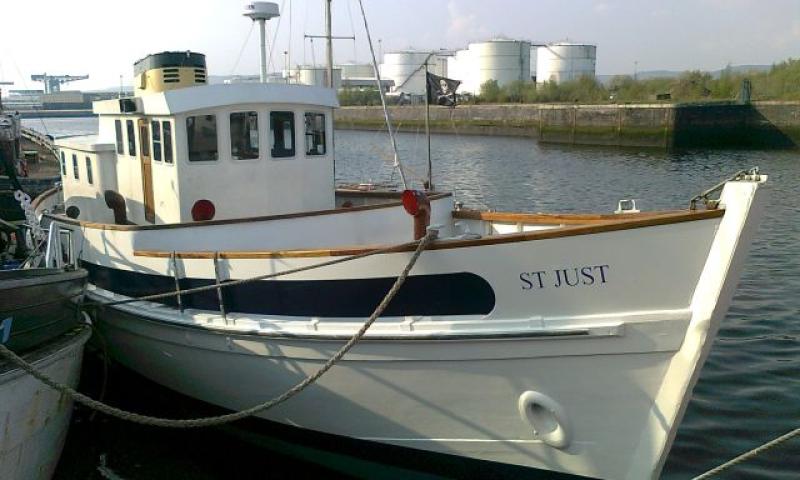 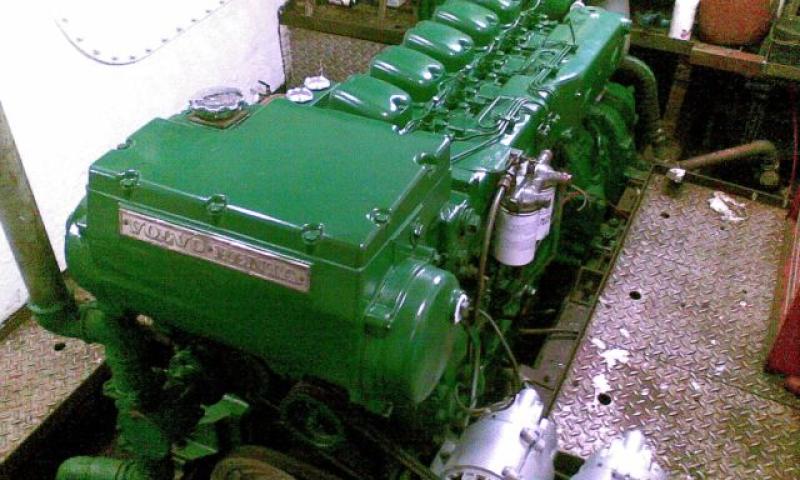 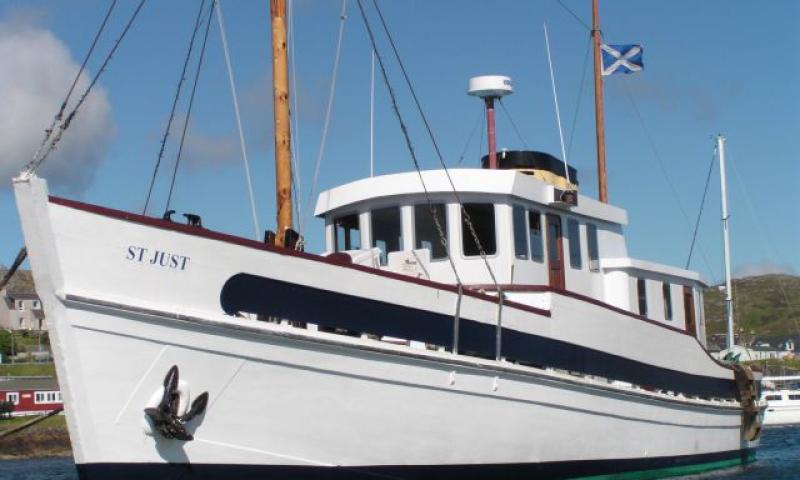 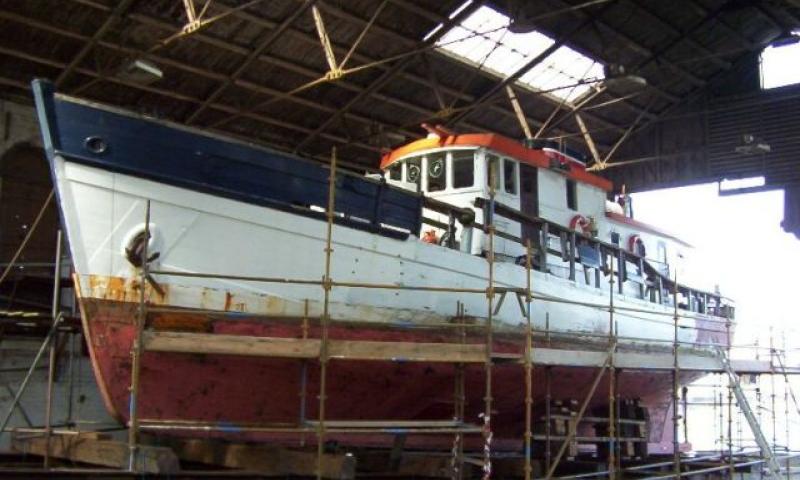 Built in 1956 by R J Prior & Son, Burnham on Crouch, ST JUST is a research vessel built in the style of an MFV.

Built as 'LALLA ROOKH II', she was named after Lord Kelvin’s yacht LALLA ROOKH of 1870. She is of wooden construction (mahogany on oak), ketch rigged and has a Volvo Penta MD120AK diesel engine. Original propulsion was provided by a large direct reversing Crossley engine. She was designed for and commissioned by the marine instrument makers Kelvin Hughes as a demonstration vessel for new sounders, sonar etc.

In 1962 she was sold to owners, believed to have been in the Falmouth area and renamed ST JUST. She was sold as a charter vessel in 1968 leading her to appear in Scottish waters a few years later mainly working out of Oban.

During the period of 1979/80 until 1982/3, she was re-fitted to Lloyds class 111 to take on charter work for the Scottish National Trust, undertaking charters to St. Kilda, together with private charters.  Prior to this, it is believed she had been privately owned by an arms trader and used as a private yacht.  Put ip for sale in 1982/3, St JUST was stolen whilst undergoing sea trials and traced to West Africa.

In 1985, she embarked on a new career - she became a drugs running boat, bringing a cargo of cannabis back to Scotland from West Africa. Followed by one of HM Customs Cutters as she sailed north from Land's End towards Oban, she was impounded in the largest drugs haul of the day, and taken eventually to Greenock, and sold at auction. Her new owner was from the Oban area, and he renamed her FALLS OF LORA, and she became a charter boat once more.

From 1990, she lay in the Gareloch, until sold for preservation in 1999.  She took the name ST JUST again in 2003. ST JUST is now based at the River Clyde Boatyard at Clydebank.