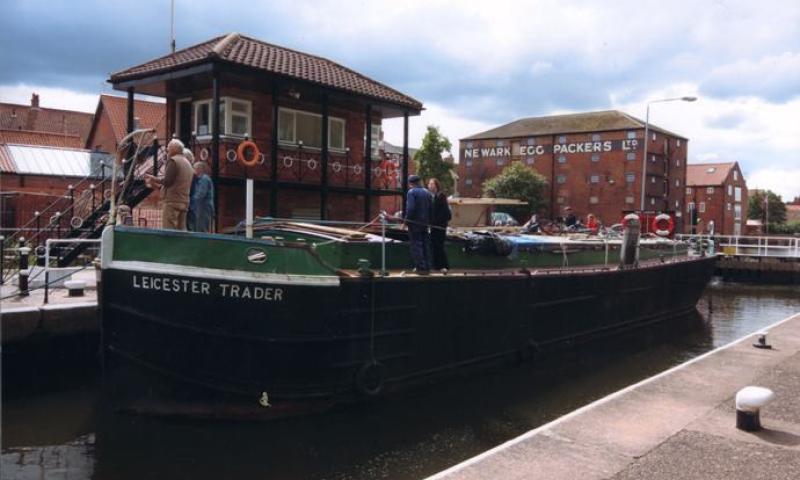 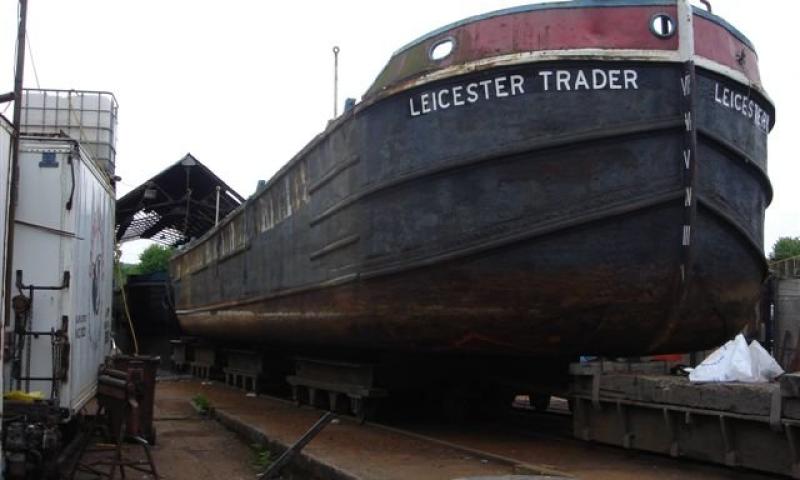 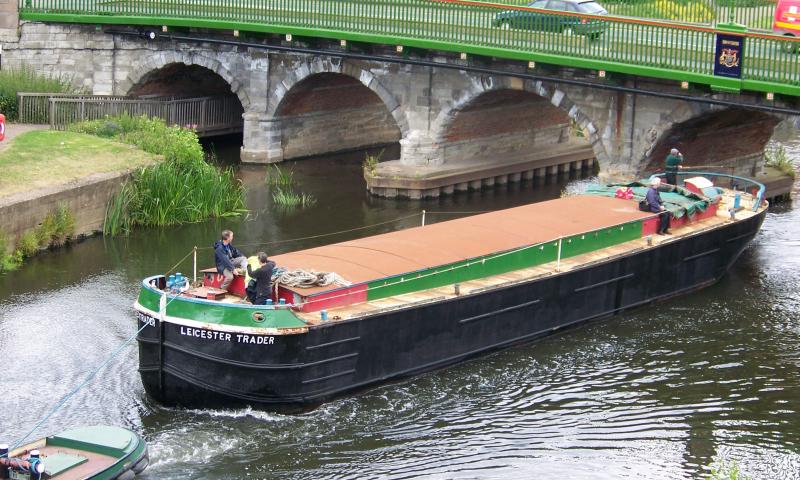 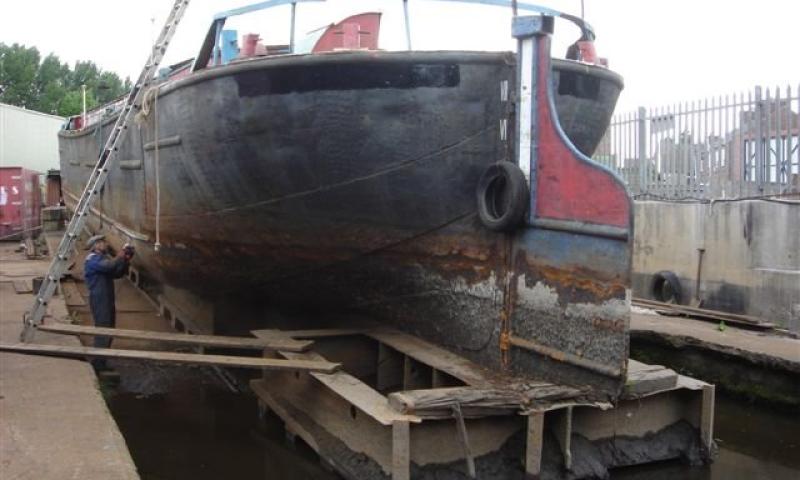 LEICESTER TRADER was the last Trent size barge to be built and the last Trent dumb barge to be towed to Nottingham with a cargo as late as 1979. This size was developed and first built at the Trent Navigation dockyard at Newark in the early 1900s and carried on until the mid 1920s. The first steel barges of the type were built in 1908 in Gainsborough and Goole as the Newark yard never had the steel building capability. LEICESTER TRADER is little different from these early vessels and depicts clearly a design and build method from the past. Over the years, through steam and later motor barge towage, life on the unpowered barges remained the same and any man starting life on the river would have to show his worth on a dumb boat before any advancement. There are very few Trent size barges left afloat and they are houseboat conversions. All of the old former Trent Navigation fleet was scrapped in the 1970s.