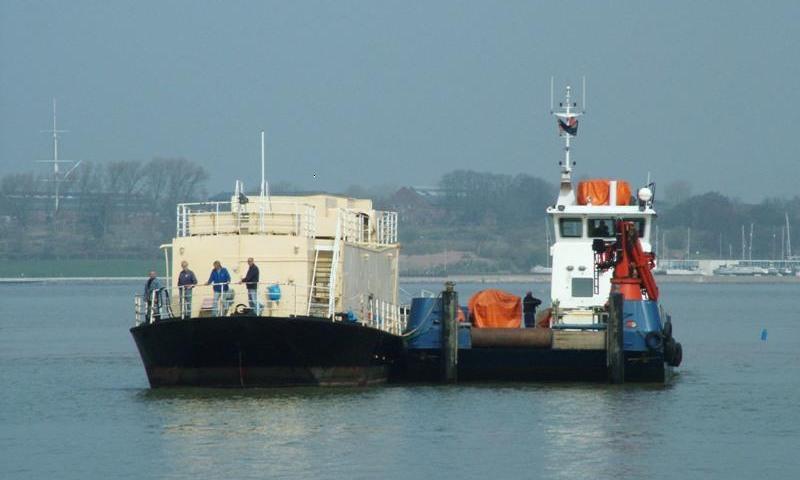 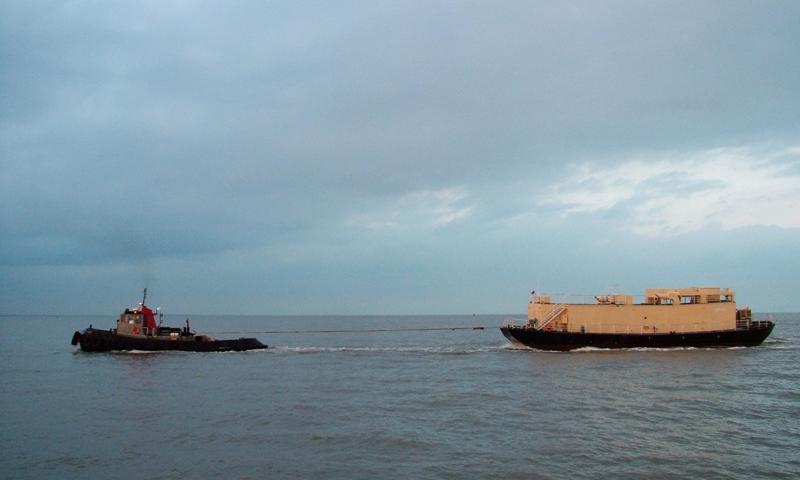 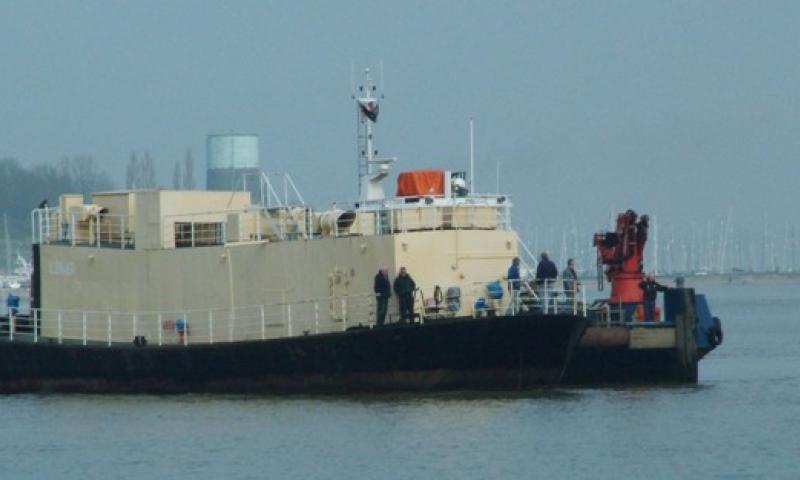 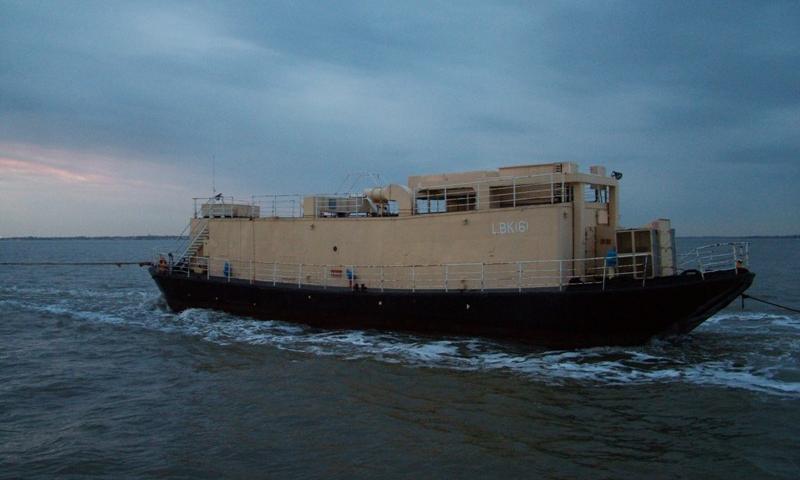 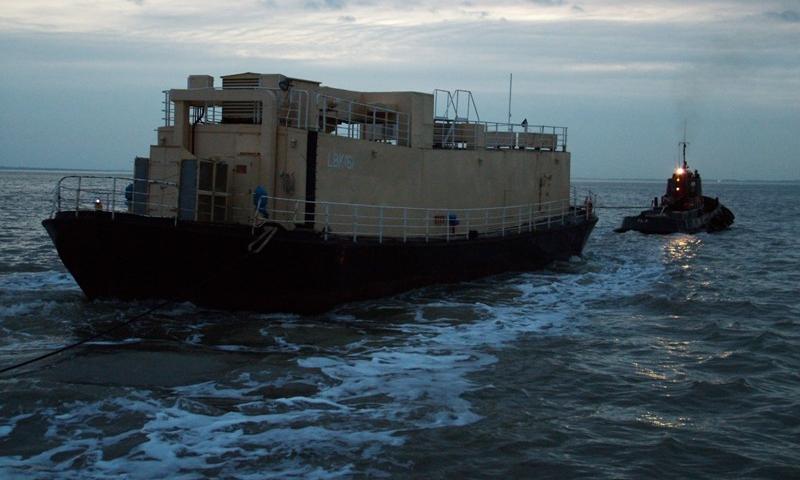 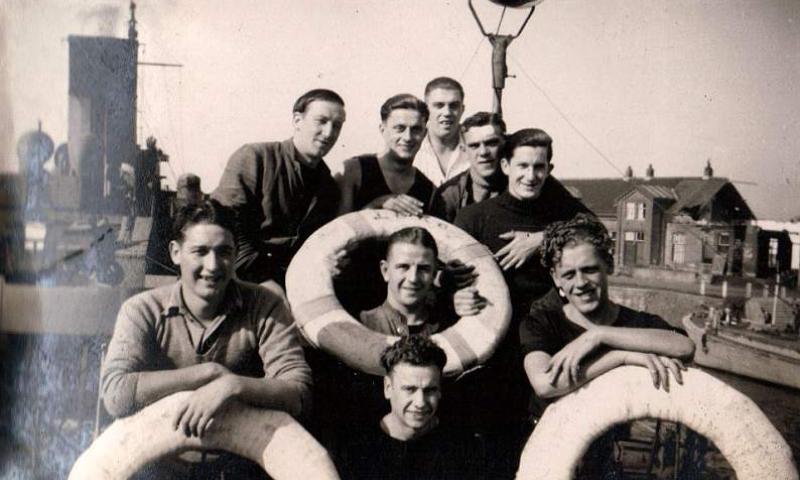 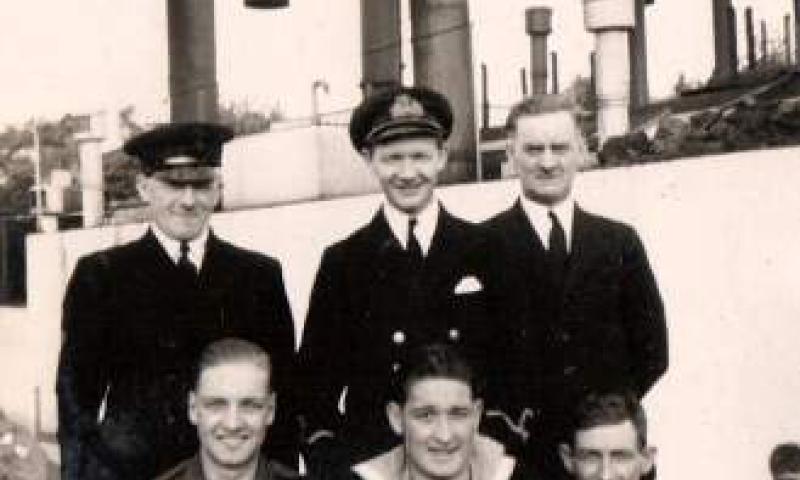 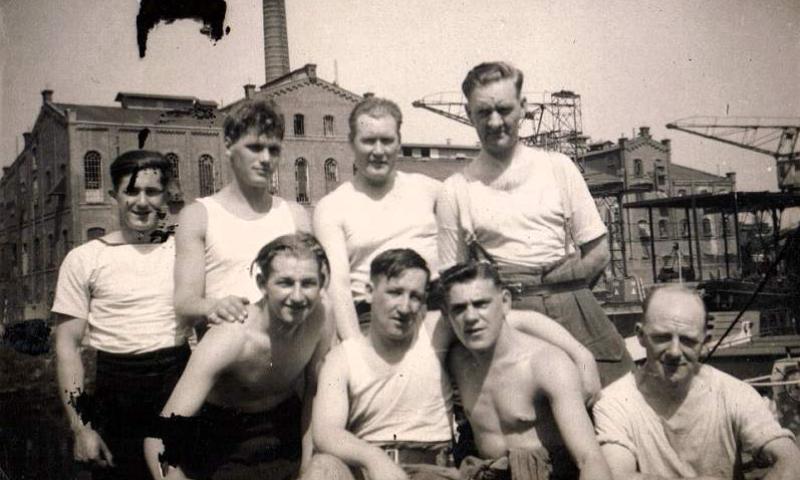 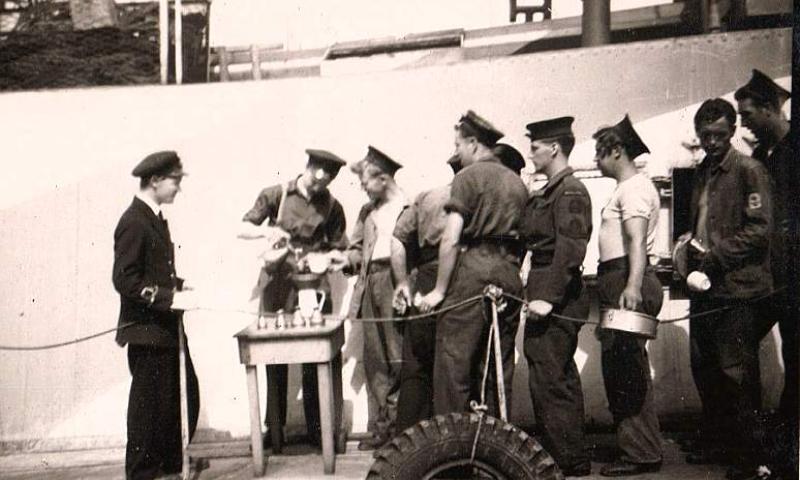 The vessel was built as a steel swim barge in 1944 with an overall length of 96 feet, a beam of 24ft and draught of 5ft; deadweight capacity was about 150 tons, the hold dimensions being approximately 70ft long by 20ft wide. The kitchen conversion was carried out to a total of ten vessels, while similar barges were converted to oil, water and engineering barges to cater for the varied requirements of the invasion fleet.

The kitchen conversion involved the installation in the barge's hold of four ovens aft of a kitchen space with stores for bulk and perishable goods forward; a 10 ton fresh water tank was fitted in the hold with additional fresh and seawater and diesel tanks on the accommodation roof. The vessel had the capacity for storage and issuing space to provide enough provisions to feed 900 men for one week. In the after section of the hull two Chrysler petrol engines were fitted, separated by a diesel tank . The two Chrysler engines developed a total of 130bhp and gave a speed of 6 knots; the estimated endurance was 300 miles at 5 knots on 600 gallons of petrol carried in tanks fitted in the after peak, while in the forepeak a toilet and coal storage were provided. At deck level aft was the steering shelter which, along with the various fuel tanks, was provided with 2.5" plastic armour. The middle section of the deckhouse, over the galley below, was the servery area with accommodation for the one officer aft, over the engines, and accommodation for the 24 man crew forward, over the storage areas.

In September 1946 LBK 6 was at Chatham were she continued to act as a floating galley for ships in the dockyard. By 1948 LBK 6 was classed as a Servicing Craft (Civilian) operating under control of the Captain of the Dockyard's Department. In July 1951 the hull was surveyed and given an expected life of 13 years; at the same time it was reported that the engines had been removed. Two years later LBK 6 was listed under the Captain of the Dockyard's Department, Chatham and continued to be so until December 1957 when the barge was absorbed into the newly formed Port Auxiliary Service.

LBK 6 was modernised in 1957 and continued to act as a galley for ships under refit. In September/October 1961 the vessel was docked and essential repairs and tank clean carried out followed by emergency repairs the next month. During 1963 LBK 6 was declared for disposal and approval to give up was given on 24 April that year. Details of the craft were forwarded to Portsmouth in September 1963 when it was found that LBK 6 would be suitable to replace YC 3029 or YC 3030, formerly LBK 1 and LBK 3 respectively. Approval to transfer to Portsmouth was given on 14 October 1963 and LBK 6 was ready for tow by 5 November. The tug BUSTLER left Sheerness with LBK 6 in tow on 13 November 1963, arriving at Portsmouth the following day. It was decided that a refit was required following which LBK 6 would replace YC 3030. In late 1964 a refit and quadrennial survey was carried out at Portsmouth. The following year it was agreed to increase the complement by one stoker. During 1965 facilities were further improved as LBK 6 continued to provide food for ships in refit. LBK 6 underwent various refits at Portsmouth throughout the 60's & 70's and was actually declared for disposal on 20 November 1977. However, the barge was used during the refit of INTREPID between June 1977 and November 1978 and continues to have an active role in what is now the Royal Maritime Auxiliary Service. [© DA Sowdon, BSc (Hons), 1994. World Ship Society RMAS Central Record.

The Harwich and Dovercourt Sailing Club volunteers have completed the restoration of the vessel and have tastefully restored the vessel by stripping out all of the modern equipment installed by the Royal Navy in its run up to retirement from service in January 2008. Between 2008 and 2011 both decks have been refitted to a high standard using period lighting and furnishings and fittings where possiible. All of the portholes that had been removed and welded up by the dockyard, have been opened up and replaced with reclaimed ports. The Hull has been shot-blasted and repainted in dockyard colours. The conversion has been funded by sailing club funds together with some donations by members and non members. The Harwich and Dovercourt Sailing Club hope to be able to keep this very important Normandy Veteran maintained and in use, in perpertuity.